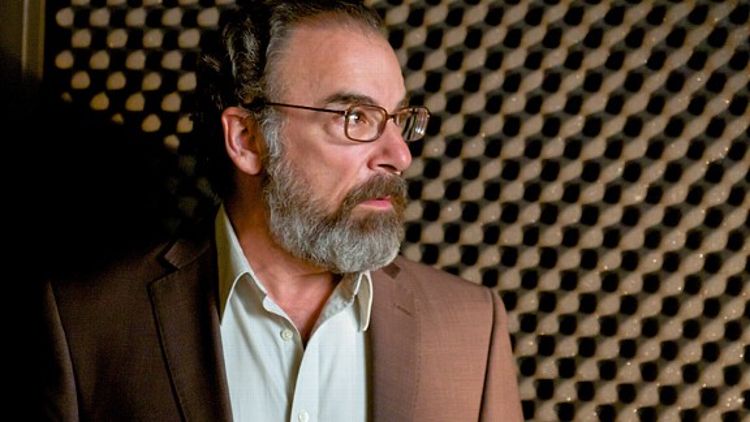 One of the most compelling aspects of Homeland is that its story is so firmly tethered to the present. Other than the initial flashback that started it all — Carrie’s doomed asset warning her of a traitorous POW — Brody’s emergence into this strange, confusing fictional 2011 has mirrored our own. Some things are recognizable (the CIA and FBI don’t get along, surveillance rules are made to be bent and occasionally broken) and some things are not (the world’s most feared terrorist is still alive and living in Iraq, Lawrence O’Donnell is a peerless celebrity) but for the most part the producers have trusted us to make our own way and draw our own conclusions. It’s a rarity for our over-expositioned era that these characters have been given the time and space to reveal their inner and past selves through current behavior. Even better, this trust in the story — and in the audience — has led to some wonderfully twisty reveals. For example, we saw Carrie desperately come on to Saul well before we saw him patiently mentor her — his shock and horror at her behavior at the time seemed significant but strange; it’s deeper now in retrospect. Similarly, we met Saul’s beloved, Bombay-bound wife Mira just in time to watch him ignore her. We were told nothing yet shown everything. Having entered that relationship firmly on his side we exited it a few episodes later realizing she was right all along.

Nowhere has this strategy of gradual, artful unwrapping paid bigger dividends than with the show’s central concern, the mystery of Sergeant Brody. Last week’s episode, in which a seemingly exonerated Brody played house with his grateful family while the national security apparatus tied itself into knots tracking down Tom Walker, was an expert tease, playing with the audience’s palpable relief that we could finally start rooting for the show’s male lead only to pull the prayer rug out from under us by revealing that Brody really is in cahoots with Abu Nazir after all. And so, with that revelation, the timeline of Homeland is suddenly split in two: while Carrie is thrust more deeply into the present — the danger she’s feared for a decade suddenly has a face, a sniper rifle and a tick-tocking deadline — Brody’s story is suddenly all about the past. The question is no longer if Brody was turned in captivity, it’s why. And unfortunately for us that turns out to be a far less compelling question.

To be fair to Homeland’s clever writing staff, it’s never easy to establish motivation after the fact. The whole “justifying present action through conveniently curated flashbacks” schtick was one of the central gimmicks of Lost and even that beloved show lost steam after the third or fourth iteration of Daddy issues. (As for the hour explaining Jack’s magical Thai tattoos, let us never speak of it again.) Furthermore, Homeland is attempting an extremely delicate dance, working to deepen our sense of Brody’s inherent heroism and decency while also, you know, making him a maybe-terrorist. Could anything other than the death of a googly-eyed, soccer-playing, innocence-projecting moppet (with, one should note, serious Daddy issues) suffice?

Right, so: “Crossfire” opened with our man Brody navigating the anti-Iraqi spiderhole, a suburban Whole Foods. Still, it proves nearly as dangerous; not because of the price-gouging on the salad bar but because of the armed thugs in the parking garage who subdue the former POW with their fists, a crowbar, and to add injury to injury, an injection of something or other in the neck. While under, Brody indulges in a fevered remembrance of things past — specifically the time Abu Nazir removed Brody from his jail cell, had the beard and lice powerwashed from his beaten body, and hired him as his son’s new English teacher. Nazir’s surprising play here redefines the idea of the long con: he kept Brody underground for five years and then brought him into his home? And trusted him with his son? All so Brody would decide to become a terrorist himself? Or is it just really hard to get an au pair in Kurdistan? Regardless, it’s a neat trick, at once making Nazir more human (What a cute kid! What a warm bath!) and even more monstrous. And while the ensuing flashes — Brody earning the kid’s trust, praying with him, and ultimately teaching him the words to “Take Me Out to the Ballgame” — were a bit much, they were, in their own mawkish way, necessary ballast for the instant anguish we were meant to feel when Issa, inevitably, ends up at the wrong end of a NATO airstrike. (Could Nazir have intended this? And was Issa even his child? Not only does this show have me sympathizing with a terrorist, it’s got me thinking like one.) The sight of a somber Brody helping Nazir prepare the tiny body for burial made me realize: the best part of Damian Lewis’s performance on Homeland has nothing to do with his character’s purported strength or charisma. Rather, it’s how weak he often seems; a gentle man mistaken for a leader. One gets the sense that he was a prisoner long before he went missing on the battlefield.

If Brody’s backstory was slightly unsatisfying, Carrie’s clear and present danger was anything but. The professional Carrie Mathison, scarf around her head and blue steel in her eyes, the one who, as Estes puts it with angry admiration, is “really fucking something,” hasn’t been seen since the beginning of the season. Now, with a definite target (Walker) and an obvious scapegoat (the FBI) she’s on a tear, correctly guessing that the Imam, though a decent dude, knows something about Walker and then trying any number of ways to get him to blab about it. Interestingly, it’s the heartfelt appeal that does it, luring the Mrs. Imam out from her husband’s shadow to give up the goods. An artful bit of intelligence work and a rare chance for Claire Danes to play muted instead of manic.

Still, the precious bit of intel is received too late. Brody has already woken from his reverie and endured a tense Skype session with Nazir that contained bombshells bigger than the one that leveled his compound: one, the target, at least Brody’s target, is the Vice President — who, in a previous gig, ordered (and then covered up) the murderous drone attack — and two, the idea for the op was Brody’s alone. The goal is to run for office, to be seen with the VP as much as possible. Accepting the inevitable offer from the Georgetown power brokers will be a sign to Nazir that Brody is still on board. We don’t get to see the end of the conversation but Brody appears resolved as he pulls away from the house and casually lies to his family about being mugged in the organic market. (“There was only one package of quinoa left!”). “America’s a violent country, what can I tell you,” he says, honestly and ominously.

At the close, we see Carrie and Saul arrive at the Evil Diplomat’s mansion just as Brody has pulled away. And somewhere in the Virginia woods, Tom Walker is taking target practice on paper targets and on nosy hunters. The pieces are coming together — just not in the way Carrie or the audience expected. Now that the past has been addressed, here’s hoping Homeland can get back to what it does best: fighting a terrifying future while stuck in the messy, menacing present.