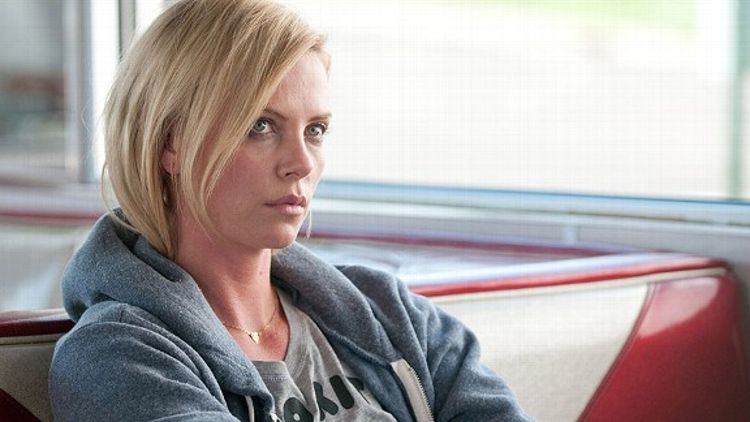 “I don’t know why people are always willing to accept and even like flawed male characters. We’ve seen so many lovable anti-heroes who are curmudgeons or addicts or bad fathers and a lot of those characters have become beloved icons and I don’t see women allowed to play the same parts.  So it was really important to me to try and turn that around.” – Diablo Cody

It’s true that Atticus Finch aside, most great male characters are more like Travis Bickle, Norman Bates, or Jack Torrance: alienated, unhinged, cool as shit. When the Oscars made 1992 The Year Of The Woman, it felt like a mean commentary on the thing we all long realized: that the bulk of prestigious films are made by, for, and about men. This year, the whole old morally complicated white guy breaking the law formula turned out to not be completely infallible. Despite the continued acid reign of Breaking Bad, you shouldn’t bet the farm on Luck — and Mad Men is so beloved because it has equally complex/interesting characters of both sexes.

2011, for me at least, it was the year of the crazy bitch. Charlize Theron in Young Adult, Laura Dern in Mike White’s Enlightened, Meryl Streep as Margaret Thatcher, Claire Danes on Homeland, Kristen Wiig in Bridesmaids, even Taylor Swift’s spring single “The Story Of Us” with its strong Glenn Close in Fatal Attraction “I will not be ignored” undertone. (Glenn Close and Rose Byrne play well-matched psychos on Damages.) 2011 gave us heroines who were spiteful, vindictive, and sometimes violently ugly in both motivations and appearance. (30 Rock writer Kay Cannon on twitter: “Watching Homeland. I’m such a Carrie.”) The popularity of these roles has not gone unnoticed — and Diablo Cody, Laura Dern and Meryl Streep all spoke up in recent interviews about the double standards for stories about female antiheroes and the perils and pitfalls of being a woman working in a male-dominated industry.

Cody gave a great, brutally blunt interview with Indiewire about the scope of the problem, where she warned about the dangers of becoming “complacent” if you end up getting paid to write sexist rom-com crap. Her clout gives her a platform not to condemn the industry as prehistoric (although it is) but to vocalize the problems so that we might move on to fixing them. It’s not so much a purposeful agenda to exclude women and minorities from lead/cool roles as it is just plain old ignorance. (“We didn’t think of it.”) The rumor in The National Enquirer that Bill Murray sent a shredded copy of the Ghostbusters 3 script to Dan Aykroyd and Harold Ramis with a note that says “No one wants to pay money to see fat, old men chasing ghosts!” is amazing on its own, but also because the idea of “No one wants to pay money to see” is the backbone of every shitty argument against making Hollywood more inclusionary.

Women consume media at the same rates as men (if not more), and yet media is disproportionately concerned with the inner lives of men, because there remains persistent faulty studio “conventional wisdom” that women will consume media for men but not vice versa. This bad logic is so pervasive that Disney just changed the title of their film version of the Edgar Rice Burroughs fantasy classic A Princess Of Mars to John Carter based on the idea that boys won’t see anything with the word “Princess” in it and girls won’t see anything with “Mars” in it. C’MON DISNEY IT’S ALMOST 2012 GET WITH IT! BITCHES LOVE MARS!!!

Previously:
Molly Grades the Charts: The Top Ten of 2011
Miley’s Pot Overdose … and Other Horror Stories From This Week’s Tabloids
The Grantland Pop Science Year in Review
This Week’s Top Ten in R&B and Hip-Hop as Movie Musicals