Hollywood Tough-Guy Casting News: The Rock to Hercules; Mark Wahlberg, via the Internet, to Trans4mers? 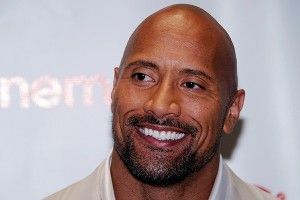 Back in February, Grantland pointed your attention to the news that Dwayne “The Rock” Johnson was in talks for Brett Ratner’s comeback flick: Hercules, a “big stomp-y sandals-and-swords flick [based on Steve Moore’s Hercules: The Thracian War], a hyper-aggressive 300-style romp through mythology.” Well, now it’s official. Deadline reports that both Johnson and Ratner are signed on, and that production will start in 2013. Congratulations, The Rock: You now continue to have a multitude of professional reasons to look like this.

Meanwhile, Mark Wahlberg, who we told you in October is not doing Transformers 4 — or, er, Trans4mers — is now maybe doing Trans4mers. Communicating, as always, through the hallowed channel that is MichaelBay.com, director Michael Bay says:

I squashed a rumor that was on the internet last week. It was about Mark Walhberg. Mark was rumored to be staring in Transformers 4. We are working on another movie together, not T4. I had such a great time working with Mark on Pain and Gain” — Bay’s weightlifting comedy (comedy!) that also co-stars, oh hello again, The Rock — “and he gave such a great performance – well let’s say that very internet chatter gave me some ideas. We are at the inception of our story process right now on T4. Let’s say some ideas are gaining traction with me and my writer – so I’m here to say thanks internet chatter.

Katy Perry's Roamin' Heart ... and Other Horror Stories From This Week's Tabloids