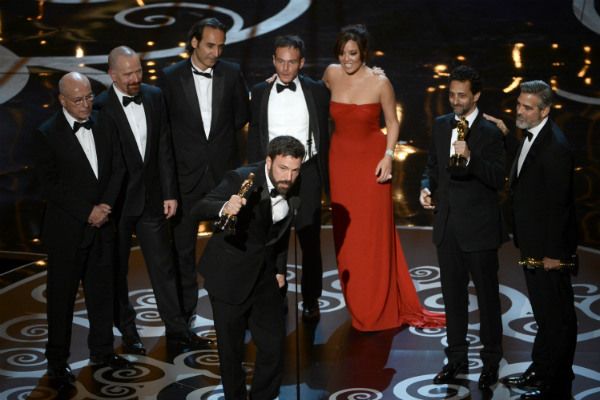 Chris and I took last week off, due to work and travel concerns — there is no truth to the rumor that a media cabal led by Frank Darabont and Bob Greenblatt had us canceled. It turns out we needed the downtime to fully prepare ourselves for the gross orgy of smarm, song, and dance that was the Oscars last night. Although we disagreed strongly on the relative merits of Django Unchained and Moonrise Kingdom, Chris and I were in total agreement on the not-good-enoughness of Argo and especially the ceremony’s dreadful host, Seth MacFarlane. We talked through the backstabbing politicking in the weeks leading up to last night (here’s the Los Angeles Times piece we mention on the downfall of Zero Dark Thirty), the awards in each major category as well as some potential future fixes, only one of which involves Jessica Chastain and a return visit to Gdansk.

With movies taking up the bulk of the show, we used the time remaining before the band played us off to discuss Anthony Bourdain and my loving-but-critical piece on food TV from last week and the steaming crater that is NBC’s current ratings disaster. Since The Talking Dead — a low-budget show featuring people making jokes about TV — now out-rates everything on NBC’s air, do you think Chris and I finally have a shot at the big time? Stay tuned.