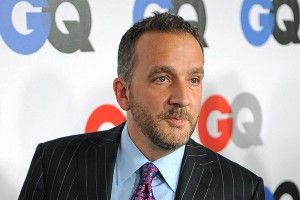 When my podcasting partner Chris Ryan and I started a summer book club on the Hollywood Prospectus Podcast a few weeks back, there was never any question who would be our first selection. From his earliest, self-described “punk rock detective novels,” to his more mature recent work, George Pelecanos is a master of the form, able to describe the racial and economic realities of his native Washington, D.C., as easily as the classic cars, films, and records that pepper his pages.

In person, George was kind, thoughtful, and generous, even when he was good-naturedly razzing me for criticizing some of his later books. (He wanted to make sure I had read 2011’s The Cut — which introduces a new recurring character, the Travis McGee–inspired Iraq War veteran Spero Lucas — and What It Was — a riotous blast of ‘70s grime and crime. Both are cracking returns to form, and both are available now in paperback.) We spoke about his professional beginnings, his lifelong relationship with his hometown, and about his burgeoning second career as a television writer and producer. Even if you’ve never read one of his books, chances are you know his work: He’s the hit man responsible for some of the most memorable and emotionally devastating deaths on The Wire, and on his current gig, Tremé. (And yes, I asked him about Grantland’s quasi-controversial Smacketology tournament. I found out off air he would have voted for Marlo.) One of the best parts about this gig is the opportunity to meet people I admire and share both their personality and their work with others. This was a total thrill for me — I hope you enjoy it, too.

Filed Under: Grantland Network, The Wire