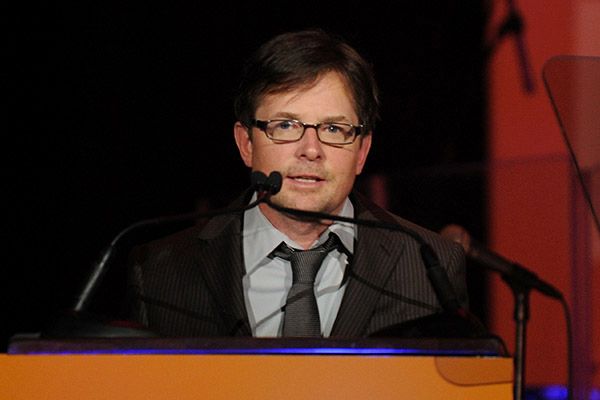 Last week, various outlets reported the happy news that Michael J. Fox was not only ready, willing, and able to return to the grind of weekly sitcom work, he was actively shopping a single-cam project to all four broadcast networks. In a rare successful bit of pop culture prognostication, yours truly suggested that NBC ought to be the front-runner in the quest to direct deposit Brobdingnagian amounts of cash into the Lilliputian actor’s bank account. Yesterday, Peacock president Bob Greenblatt did just that. As Vulture reported, Greenblatt promised Fox — and his collaborators, director Will Gluck and writer Sam Laybourne — a practically unprecedented, potentially insane deal. The untitled, as-yet-unwritten sitcom was handed a 22-episode order with assurances that all 22 will air. It’s a risky play for the beleaguered network — the last time it promised a full season to a show it was The Firm, a stinker that limped to a tepid conclusion on Saturday nights, the witness protection program of time slots — but probably a necessary one. No other network needs a popular, star-driven vehicle as badly as floundering NBC. A starving man doesn’t check price tags in the supermarket. He just starts binging.

But, still! A pinky-swear to develop, produce, and broadcast a full season of something that currently only exists as a series of scribbles on the back of the Light of Day shooting script seems a bit excessive. A pitch cooked up last week is now assured of at least nine more episodes in 2013 than Community will have in 2012. (TV loves a sure thing, but usually prefers a known thing.) I’m reminded of a recent episode of Breaking Bad in which Walter White lectured an adversary on her lack of leverage. Said adversary was, at the time, chained to a table with a gun to her head. Trapped in a similar situation, at least ratings-wise, one can only imagine what was left on Bob Greenblatt’s list of negotiating tactics after “compliment Michael on his hair,” “ask after his family,” and “offer him everything he wants.” The ability to sit on Cee Lo’s lap on The Voice? A standing offer to assassinate Andy Cohen? Or full, nights-and-weekends rental privileges of the monkey on Animal Practice? (Not even Lauer gets that.) Michael J. Fox made off well in the deal, but there’s no telling what outrageous bounty he left on the table in Bob Greenblatt’s office. If he had asked, he probably could have had the table itself. Not to mention the office.