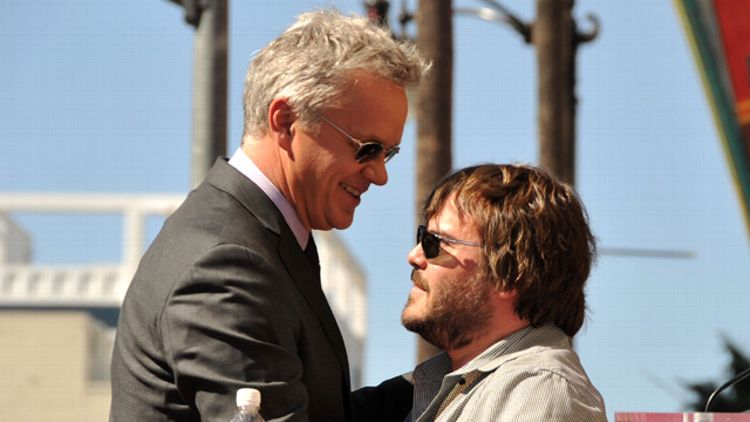 After being ordered in September, HBO’s The Brink has found two of its three leads. The pilot, from Jay Roach and Weeds executive producer Roberto Benabib, is being called an “epic dark comedy” about a geopolitical crisis that could lead to World War III. (More Game of Thrones than Veep so far, yeah?) The guys fighting/blundering for peace are Tim Robbins’s Secretary of State character, “a man of big appetites and little patience for the warmongers in the Situation Room,” Jack Black’s “lowly Foreign Service officer reluctantly caught on the ground in the middle of it all,” and a Navy fighter pilot called Zeke Callahan. That last role will presumably go to a handsome young buck, even if John Stamos just popped into my head for whatever reason. Black and Robbins are already an unpredictable team (although there’s history: Robbins once directed Black, then cameoed in the Tenacious D movie), so imaginative casting is presumably encouraged. Maybe Jeremy Renner in silly mode?

Roach, the director of Recount and Game Change, clearly has history with HBO; he also merged politics and tomfoolery with last year’s Will Ferrell vs. Zach Galifianakis movie, The Campaign. Roach’s career has offered lots of wide-reaching, if spotty, comedies: your Meet the Parents and Fockers, your Austin Powers, your Dinner for Schmucks. Film producer Jerry Weintraub (the Ocean’s movies) is also on board for The Brink; his only previous TV series experience came with 1989’s 13-episode Karate Kid animated series. This will be different from that. And don’t forget it’s sorta competing with HBO’s other high-profile pilot, the one that sounds a little like Pain & Gain and also stars THE ROCK. (Ooh, maybe just steal The Rock for the fighter pilot role? That’ll solve everything.)