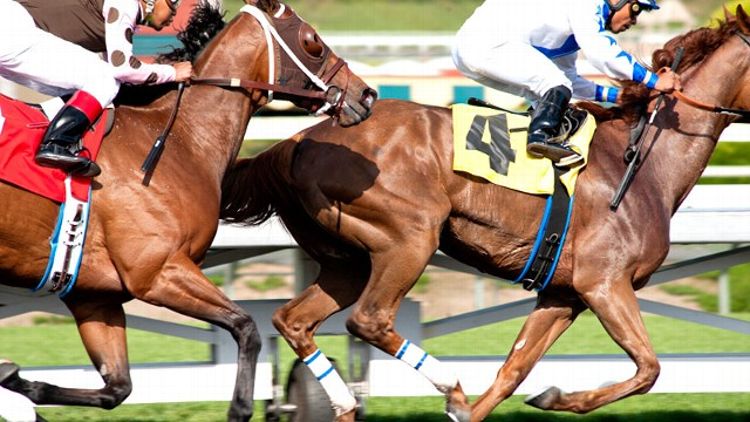 When a horse is catastrophically injured, the protocol is simple: The horse needs to be put down. But with a TV show, things are rarely so straightforward. Or so it seemed. Late yesterday afternoon, hours after suspending production on the second episode of the second season of its racetrack saga Luck because of yet another animal fatality, HBO euthanized the show entirely. The move comes as a shock to industry watchers used to HBO cleaning up its messes off the air with the brutal elegance of a highly paid assassin (just ask Entourage producer Doug Ellin, who this month had two high-profile projects disappear into the Meadowlands), as well as to ornery co-star Nick Nolte — or at least it will when he fully processes the information sometime around 2015.

It goes without saying that an unsafe work environment for living beings of any species is more than enough reason to reconsider any endeavor — especially considering that the notoriously shy folks at PETA were likely to make Luck’s set more unpleasant than executive producer David Milch armed with a Louisville Slugger ever could. (Although it is a bit strange given that actual horse racing is far more fatal than pretend horseracing. Perhaps it’s evidence that Richard Kind’s performance was amazingly accurate: Jockey agents somehow have lower standards than even their famously noxious Hollywood counterparts.) But it hasn’t stopped trade vultures (and Vulture) from suggesting that other, non-equine issues factored into the decision, citing Luck’s anemic ratings (it’s averaging a late-night-rerun-of-House Hunters International-esque 500,000 viewers per episode) and behind-the-scenes beefing. As if galloping to the moral high ground were actually just a conscientious cover-up of what was really a bottom-line decision.

But as The Hollywood Reporter’s Tim Goodman sagely noted, HBO rarely makes scheduling moves based on anything as base as ratings. HBO’s real business is prestige and buzz — and media horse-whisperers whispering themselves hoarse about Luck’s toxic work environment, for those on two legs and four, would have been bad for business. I think this is most likely true. But I also think the move speaks to a deeper crisis at the pay cable giant, one that calls into question its entire identity as a dramatic powerhouse. Namely: Is it worth spending this much money on shows no one actually likes?

Ever since HBO’s great unforced error, allowing Sopranos staffer Matt Weiner to take his spec script about cigarette-smoking alcoholics to upstart AMC, the network’s hour-long business has been positively bipolar. On one side, the network reaps beaucoup attention and subscriber fees from its dusty imaginarium of classed-up genre indulgences, True Blood and Game of Thrones. Both have their virtues, the latter more than the former, but their dependence on gore and sexposition hidden behind a veneer of respectable IMDb pages and Oxford accents is undeniable. (The same masturbate-and-switch is currently on display on the fiction bestseller lists, where mom-porn phenomenon Fifty Shades of Grey is fem-dominating the competition.) But on the other side of things, HBO continues to doggedly green-light high-profile hours that suffocate viewers with a scrim of importance, high-mindedly high-stepping over all the little things that have traditionally attracted loyal eyeballs, like “pleasure” and “humor” and, in the case of Luck, “more than two female characters.” Treme, now headed into its third season, continues to feel more like a social justice grant than a television show, and Boardwalk Empire, blessed with a wonderful cast and remarkable production values, has never been able to provide a single compelling reason for its existence. It’s not a good show, but it’s awfully good at playing one on TV.

All of this comes as Showtime makes a power move to replace HBO as the go-to place for compelling, reality-based dramas. The great Homeland managed to succeed both as a high-class awards-magnet and an old-fashioned potboiler. (Showtime’s upcoming Ray Donovan is equally promising.) Luck, despite a bravura pilot, fit in all too well with HBO’s recent parade of admirable snoozers. To be fair, David Milch long ago gave up any pretense of being interested in catering to the masses — his John From Cincinnati ended after one season, too, leaving its own trail of corpses (the apparent murder of the great Rebecca De Mornay’s career deserves a round of protests all its own). Just as The Wire was about a city and The Walking Dead is about a boring cattle farm, Luck was really about Milch’s beloved racetrack, the deadbeats, gangsters, and trainers hanging around it merely background noise (noise that was too often indecipherable). Even the humans who did manage to wander in front of the show’s palsied, frenetic lens (bearing the shaky imprimatur of co-creator Michael Mann) were unlikely small-screen stars: The whole point of Dustin Hoffman’s betrayed Ace Bernstein and Jason Gedrick’s desperately needy Jerry is that they’re past their primes, far more likely to be put out to pasture than any of the horses that could make or break their fortunes. (If there’s any consolation in the cancellation, it’s the thought that Dennis Farina’s mustache is now free to challenge Mike D’Antoni’s cookie-duster to a game of shuffleboard at the early-retirement home.) Sure, there was value for HBO to be in business with such artistes and the ratings might have ticked up once Hoffman made his inevitable trip to the Golden Globe podium this fall. But bad buzz isn’t only generated by unplanned trips to the glue factory; a lack of viewer interest can accomplish the same goal in double the time, but twice the cost. I can’t help but wonder if that’s partly why HBO let its Luck run out.

Survivor: One World, Episode 5 — Competing With 'A Bunch of Idiots'