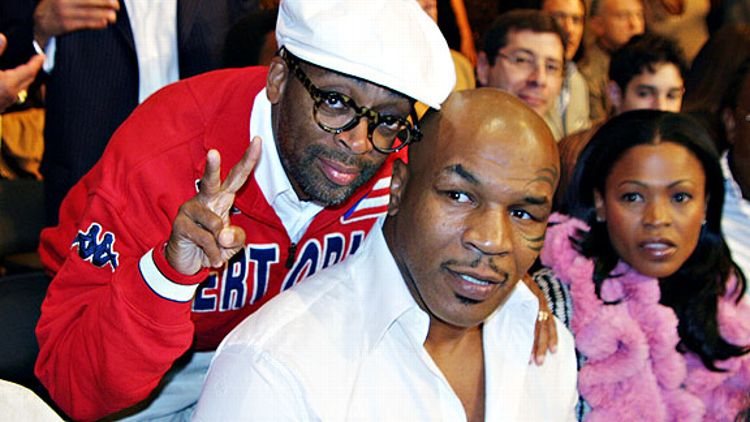 HBO has given a pilot order to Da Brick, a drama about a young boxer growing up in Newark, New Jersey (a.k.a. “Brick City”). Loosely based on Mike Tyson’s life story, it’ll be co-produced by Tyson and Entourage’s Doug Ellin; John Ridley is writing the screenplay, and Spike Lee will direct the pilot. Doug Ellin describes the project as ‘‘Entourage meets The Wire,” which might have just made some people very angry. Grade: B+ [Deadline]

James Franco has dropped out of his upcoming Broadway debut Sweet Bird of Youth, Tennessee Williams’s play about a gigolo who seduces an older actress to get his show biz break (Nicole Kidman remains in the cast). “From now on, it’s only projects with monkeys for me,” Franco did not add. Grade: D [EW]

ABC has picked up a show from writers Jennifer Crittenden and Gabrielle Allan (What’s Your Number?), about an all-girl group that had a brief taste of fame and is now attempting a reunion twenty years down the line. Good news for fans of jokes about people not understanding how to use Twitter. Grade: B+ [HR]

Original Saturday Night Live writer Anne Beatts and John Belushi’s widow, Judy Belushi, are planning on pitching a Blues Brothers TV show, in which Jake and Elwood are out of jail and on the hunt for Elwood’s father. Dan Aykroyd is on board as well, as the duo’s parole officer. As long as they get the little kid from Blues Brother 2000 involved, this can’t fail. Grade: C [HR]

Neve Campbell and Chris Noth are in talks to join the cast of Titanic: Blood & Steel — a 12-part British miniseries about the making of the ship in Belfast in the 1900s — as a reporter and J.P. Morgan, respectively. The series doesn’t yet have U.S. distribution, so book your flight to see Neve Campbell play a reporter now! Grade: C [Deadline]

History Channel’s miniseries The Hatfields and McCoys, starring Kevin Costner and Bill Paxton as the heads of the famously warring families, has added Tom Berenger, Powers Boothe, and Mare Winningham to its cast. Fact-based miniseries: so hot right now. Grade: B [HR]