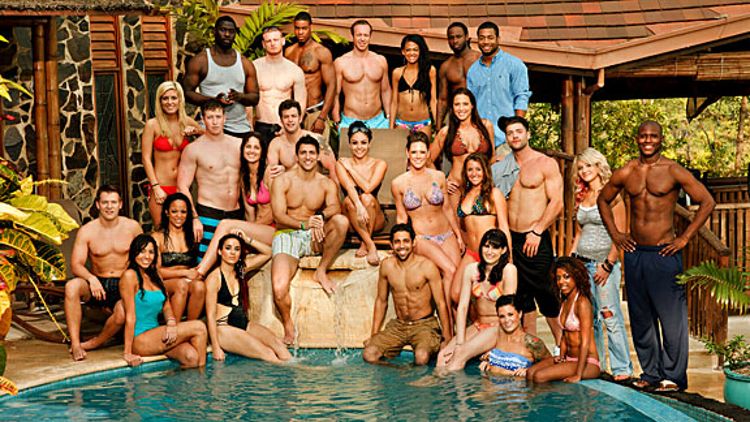 Comedian Fred Allen once called television “chewing gum for the eyes.” If that’s the case, reality TV is chewing tobacco for the eyes: It’s unhealthy, addictive, and sometimes makes you want to puke. But unlike dip, reality shows have an appeal that stretches beyond just dudes who wear overalls for function. Reality TV is popular because it’s fun. And it’s about to get more fun.

One thing sports have taught us is that almost anything can be improved by creating a scoring system and holding a draft. Try it. Assign point values and draft your coworkers before a meeting. Or family members before Thanksgiving dinner. I once participated in a celebrity DUI draft (Shia LaBeouf was a late-round steal). And this summer we’ll use a similar model for the inaugural Grantland Reality TV Fantasy League.

Single-show reality fantasy drafts have been attempted before, but in this league, we selected our rosters from the casts of six different shows. Earlier this week, our owners — Bill Simmons, Joe House, Connor Schell, Jay Caspian Kang, Lane Brown, and myself — drafted teams from the summer seasons of The Bachelorette, Basketball Wives, The Challenge: Rivals, Celebrity Rehab with Dr. Drew, and Love in the Wild. Bachelor Pad, which premieres in August, will serve as our playoff round, and its contestants will be placed on teams at a later date.

These shows were selected via a sophisticated process that took into account ratings, cultural impact, and critical acclaim. Oh, wait — no, they weren’t. They were chosen pretty much because they were ones we’d planned to watch anyway.

Our scoring system is equally scientific. Points will be awarded to team owners whose players engage in the kind of socially irresponsible behavior that reflects the moral bankruptcy of these shows — fighting, intemperance, making Dr. Drew cry, etc. (Note: Grantland condones none of these things. Kids, please don’t make Dr. Drew cry.) Scores will be tallied each week by league commissioner Katie Gorman, and at the end of the season a winner will be crowned.

In the coming months, Grantland will cover this league with a level of passion and analysis typically reserved for more important things, such as politics and LeBron James’ hairline. Below, you’ll find our scoring system and the results of our draft. Look for our first scorecard post next week. We encourage you to start your own leagues, suggest changes to our system, or just read these posts and mumble to yourself, “I thought this site had Malcolm Gladwell?”

If the commissioner determines that a team member has committed any of the following, that team receives the corresponding number of points. Gray areas abound, so all scoring is at the discretion of the commissioner.

The Bachelorette (premiered May 23 on ABC)

Basketball Wives (premiered May 30 on VH1)

Love In The Wild (premieres June 29 on NBC)