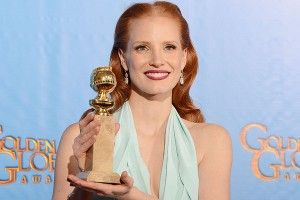 We here at Hollywood Prospectus will be weighing in on the wondrously gallant pageantry that was Sunday night’s Golden Globes — The dresses! The speeches! The prop teeth! The fake drunkenness! The real drunkenness! — a bit more in depth later in the day. But for now, we’re just gonna kick it American style, and only focus on the winners.

And so everyone bow down before Argo, whose depiction of Hollywood as a powerful tool for world-changing, life-saving good was somehow, some way, embraced by a bunch of people in Hollywood; Homeland, which went back-to-back on a sweep of the major TV drama categories despite, ah, you know maybe not being as good this season; Girls, whose wins thoroughly justified Lena Dunham’s decision to stop at that Kinko’s before the show; Les Misérables, whose big night continued to make a nation of people feel very strongly about Anne Hathaway, one way or the other; and Chad Lowe, who made the wise decision not to use his sudden Twitter fame as an excuse for perpetrating child negligence.