Girl Meets World: An Investigation Into the Coming Spinoff About Topanga and Cory’s Kid 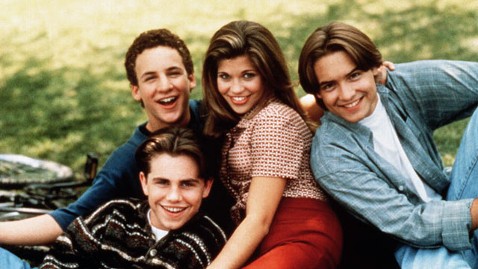 I’ve got to make this quick, because I have an entire Information Superhighway to web surf in search of clues related to this story, but here’s what I know so far (please sit down; you most certainly aren’t ready for this):

1. THEY ARE MAKING A SEQUEL TO BOY MEETS WORLD.
Yes, I know. This is the best news of 2012. Or maybe of the whole decade. What’s it called, you wonder? BMW II: The Rise of the Feeny?

3. It’s about the daughter of Cory Matthews (Ben Savage) and Topanga Lawrence (Danielle Fishel).
Don’t freak out. What’s happening to your body is a symptom called “’90s-induced asthma.” It’s very common. You’ll be FINE. Anyway, you’re confused because you don’t remember Cory and Topanga ever having a kid on the show? You just thought they got married, right? Well, this is true, but oftentimes when people get married, they then decide to have kids. But, if you are a Boy Meets World aficionado, you remember this clue from Season 7, Episode 17, “She’s Having My Baby Back Ribs,” the episode in which everyone starts to gain weight: Eric because he’s just disgusting; Topanga, possibly because she’s preggers. When Cory and Sean start to connect the dots, Cory utters this classic line:

“I can’t be a father, I’ve got a paper due on Friday!” — Cory Matthews

OK, so they dropped some clues in the last season that maybe Topanga was potentially pregnant. But here’s the thing: It’s not that cut-and-dry. According to another episode from that season — the previous episode, in fact (Season 7, Episode 16: “Seven the Hard Way (Part 2)”) — there is a flash-forward to Feeny’s retirement party. At this retirement party, a completely new set of contradictory baby clues is unleashed.

Future Topanga, in a conversation with estranged future Angela:

“But then we had little Beverly Glen and I took some time off.”

Yes, Future Cory and Future Topanga named their kid Beverly Glen. Do we know when they had this child? Yes; according to Future Cory, in a conversation with Future Feeny and a surprised, goateed Future Sean:

So this baby, little Beverly Glen Lawrence-Matthews, is but a few months old at the time of the flash-forward. But how far in the future did this take place? The year 2006, which would make it six years in the future, because the final season of Boy Meets World was in 2000, which means Topanga wasn’t pregnant that first time, but simply getting a little chubby, WHICH MEANS THAT RIGHT NOW LITTLE BEVERLY GLEN LAWRENCE-MATTHEWS IS 6 YEARS OLD. That’s right. The heiress to the hot Topanga throne has been living among us for six years.

But there’s a twist!

4. TVLine reports that Girl Meets World would center around the couple’s preteen daughter.
Six years old isn’t exactly preteen. You know what is? Twelve, WHICH WOULD MEAN THAT THE FLASH-FORWARD WAS WRONG AND TOPANGA WASN’T GETTING A LITTLE CHUBBY SIMPLY ON WAFFLES COVERED IN BUTTER, BUT IN ACTUALITY WAS PREGNANT, WHICH IS SUPER UNFORTUNATE FOR CORY BECAUSE HE STILL HAS THAT PAPER DUE ON FRIDAY.

This is exhausting. So, the bottom line is that we don’t really know anything. The kid’s name could be Topanga II, for all we know. Here’s the only real hard fact I’ve got:

5. The Hollywood Reporter has confirmed that casting for Girl Meets World is under way, spearheaded by Boy Meets World executive producer Michael Jacobs. While the roles are presumably meant for Fishel and Savage, their presence in the sequel has not been confirmed at this time.
I mean, what else could they be doing? Also, if they don’t sign on, I believe it’s grounds for treason, so I expect them to confirm their participation by week’s end. They’re probably just holding out because they don’t want to overshadow the election. Makes sense.