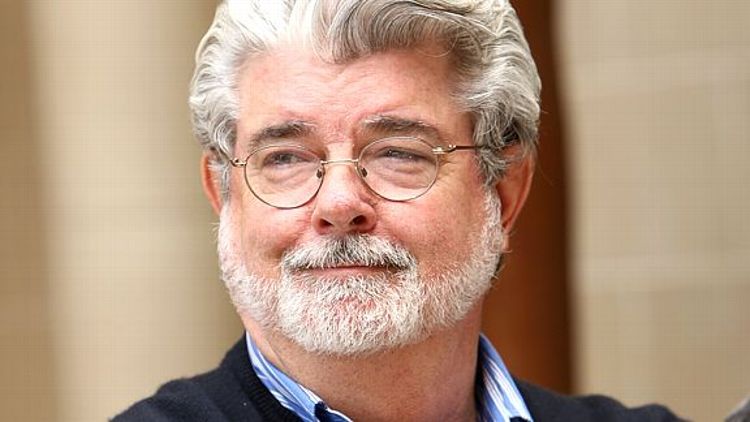 In this upcoming weekend’s New York Times Magazine, Grantland’s own Bryan Curtis profiles George Lucas on the occasion of his new movie Red Tails. Lucas has been working on the Tuskegee Airmen drama, which hits theaters on Friday, since the early ’90s, and the laborious process of bringing it to screen — after being rejected by the major studios, George funded the production himself — has now permanently turned him off to blockbusters. That’s right: George Lucas is going indie.

Curtis explains that Lucas’ plan (which, for the record, does not reject the possibility of working on a, gulp, fifth Indiana Jones movie) would mirror Francis Ford Coppola’s latter-day move toward smaller flicks: “They’ll be like the experimental movies Lucas made in the 1960s, around the time he was at U.S.C. film school, when he recorded clouds moving over the desert and made a movie based on an E.E. Cummings poem.” E.E. Cummings poems! Moving clouds! Sounds great.

There’s another reason, though, why Lucas isn’t interested in major productions anymore. It turns out, believe it or not, that George Lucas can hear the anguished screams of a generation of fanboys still chanting “Han Shot First": “‘On the Internet, all those same guys that are complaining I made a change are completely changing the movie,’ Lucas says, referring to fans who, like the dreaded studios, have done their own forcible re-edits. ‘I’m saying: “Fine. But my movie, with my name on it, that says I did it, needs to be the way I want it.” … Why would I make any more,’ Lucas says of the Star Wars movies, ‘when everybody yells at you all the time and says what a terrible person you are?'”

Wait, wait, wait — the Internet? George Lucas actually knows what people say about him on the Internet?! I’d assumed the steady stream of billions of dollars in gold bullion that pour directly into the Skywalker Ranch Uncle Scrooge pool every afternoon meant Lucas had long been immune to snarky criticism. I’ve had this conversation plenty of times: If Lucas actually were aware and present, and not in his rich-guy bubble, there’s no way his late-career output would have been so crappy, right?

But Lucas, friends, is aware. He even knows we thought the “nuke the fridge” scene in the last Indiana Jones was dumb. As to co-producer/director Steven Spielberg trying to take the hit on that by claiming credit, Lucas says: “‘It’s not true. … He’s trying to protect me.’ In fact, it was Spielberg who ‘didn’t believe’ the scene. In response to Spielberg’s fears, Lucas put together a whole nuking-the-fridge dossier. It was about six inches thick, he indicated with his hands. Lucas said that if the refrigerator were lead-lined, and if Indy didn’t break his neck when the fridge crashed to earth, and if he were able to get the door open, he could, in fact, survive. ‘The odds of surviving that refrigerator — from a lot of scientists — are about 50-50.'”

Who knew Lucas could hear the criticism? The profile makes it clear that people close to George aren’t exactly the ones taking shots. Aaron McGruder, who was brought in for rewrites on Red Tails, has eviscerated Jar Jar Binks in The Boondocks. “Did the subject of Jar Jar ever come up? ‘I can safely say it did not,’ McGruder reported. ‘Not at all. Not even close.'” Of course not! What normal person would be crazy enough to make fun of Jar Jar Binks to George Lucas’ face? So who is the person relaying the Lucas bashing to Lucas? And what kind of experience is required for that position?