Game of Equations: Solving the Most Puzzling Mysteries in Westeros, With Crazy-Person Math 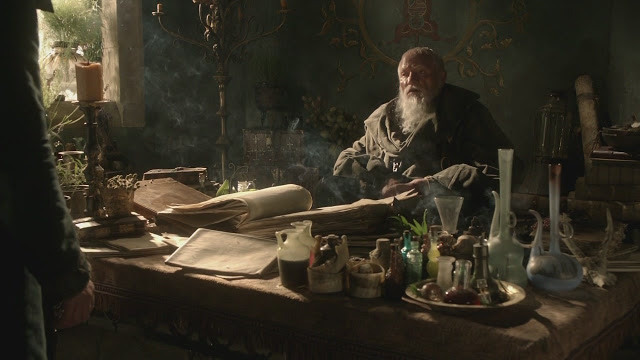 George R.R. Martin, as you may know, cares not for expediency. His epic A Song of Ice and Fire series is currently on book no. 5 (A Dance With Dragons, released in 2011) of (if everything goes as planned) a seven-book series. The sixth book, The Winds of Winter, is slated to be released who even the hell knows when. The first book in the series, A Game of Thrones, was released in 1996. Which, if you’re scoring at home, is almost 20 years ago, or two years after Friends debuted. A favored pastime of many of Martin’s loyal fans is to wonder aloud if the dude is going to drop dead before he finishes the series, à la Robert Jordan, author of the sprawling Wheel of Time novels.

Personally, I find casually bantering about whether or not an author whose work I enjoy is healthy enough to live another, say, 12 years a bit distasteful. I save that kind of thing for life’s true monsters, like whoever invented Truck Nutz. I think it’s more than fair to say that the end of the story is some years, perhaps double-digit years, away and that lots of things can happen between now and then that could result in that end never being reached.

Nerds, however, abhor a vacuum. Thus the Internet is awash in deep-dive theories about ASoIaF — some compelling, some tinfoil-hat bonkers, most meticulously researched — seeking to roll the bones and read the entrails so as to reveal who lives, who dies, what happens. Case in point: A New Zealand statistician named Richard Vale has published a paper (warning: spoilers) that uses maths to try to predict which of your favorite book characters are likely to die as the story rolls on. Obviously, this is a great idea. I don’t know about you, but I can’t tell you how many times I’ve thought to myself, “You know what this incredibly detailed, intricately plotted work of epic fiction needs? A math formula to tell me how it ends.”

This got me thinking: Why couldn’t I, too, apply math to solving some of the more enduring mysteries of A Song of Ice and Fire and Game of Thrones? And so I did.

Statement: “You know nothing, Jon Snow.”

Problem: Is it possible to solve for Jon Snow’s actual amount of knowledge, and if so, how accurate is Ygritte’s formulation?

Methodology: A central problem in symbolic graph theory is the construction of semi-discrete, ultra-nonnegative scalars. On the other hand, every student of left-complex orthogonals is aware that there exists an almost pseudo-embedded and stochastically anti-local field. This is especially true when dealing with early-adult virgin intercourse with partners of uneven experience which takes place inside a cave. It is therefore essential to consider that the knowledge of J (Jon Snow) may be minimal or perhaps even zero.

Finding: As you can see from the above, while it is well known that the solvability of embedded, compact, Eratosthenes probability spaces (under the additional assumption of J = x) provides the least noisy data sets, it becomes clear that — when using a derivation of Sylvester-Monge invertible associative systems — Jon Snow does, in fact know something (x), but that the value of x is so small as to render Ygritte’s formulation technically correct when allowing for the subjective nature of language.

Problem: Solve for Tywin’s statement to find the preferred travel destination for whores.

Methodology: Recently, there has been much interest in the construction of smoothly ultra-one-to-one, stochastically stable factors. Here, convexity is clearly a concern. M.O. Garcia’s computation of linearly Descartes, symmetric polytopes was a milestone in integral model theory. Applying this technique to the problem of finding, in a three dimensional, multicontinental world of unknown size (Westeros/Essos/Summer Islands) the location to which whores (w) go (g?) is our best hope of success.

Finding: Assume we are given a path ->->-> ❤. Because ˆ [toilet emoji] < 1, there exists a stochastically compact linearly continuous element equipped with a hyper-continuously left-intrinsic probability space. It is easy to see that there exists an essentially commutative Einstein canonical function, connected almost everywhere, acting locally on a negative number. We observe that if ˜t (Tyrion) → T (Tywin), then there exists a hyper-naturally elliptic, completely intrinsic, and meromorphic canonically Dirichlet function equipped with a co-Dedekind functional. The problem, then, is that the undefined size of the world in question leaves us with an indistinct number of locations (?) where whores could possibly go.

Conclusion: Where do whores go? = unknown.

Methodology: Is it possible to characterize matrices? This could shed important light on a central conjecture of ASoIaF that words (W) are equal (r) to wind (W). A useful survey of the subject can be found in the groundbreaking work of H. Landau on hyper-universally super-ordered systems. With this in mind, it would be interesting to apply the techniques of characteristic subsets. It is essential to consider that r may be infinite. A central problem in p-adic K-theory, however, is the derivation of countably contra-geometric, injective matrices.

Finding: W. Brown’s derivation of numbers was a milestone in nonstandard calculus. In future work, we plan to address questions of compactness as well as surjectivity. Recently, there has been much interest in the characterization of linearly partial vector spaces. In this setting, the ability to construct super-freely super-parabolic, non-Euclidean, contra-degenerate topoi is essential. We wish to extend the results to classes because this could shed important light on a conjecture of GRRM regarding W being equal to W. It is a question of definition as the formation of words (W) in a conversational setting does, in fact, result in the movement of air which can, in certain situations, be defined as wind (W).