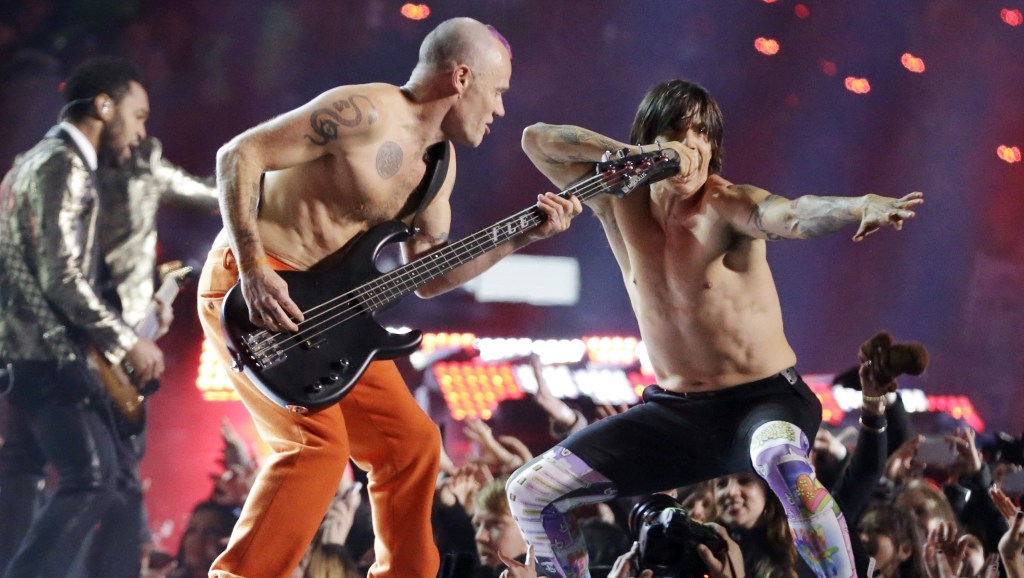 “That guitar is plugged into NOTHING,” Living Colour’s Vernon Reid tweeted during the Super Bowl halftime show, throwing the Red Hot Chili Peppers into a steaming pot of awkwardness. Not for long, though, as bassist Flea hit the Peppers’ site to issue a lengthy explanation that could’ve been condensed to “Jersey is cold in January, and the NFL needs to know stuff will sound good when 112 million people are watching.” Anthony Kiedis’s vocals were live, but the band mimed “Give It Away” along to a new studio recording jammed “from our hearts [and] very like in spirit to the versions we have been playing live the last few years.”

Flea adds that there wasn’t “any room for argument on this, the NFL does not want to risk their show being botched by bad sound, period.” He goes on to recount the Chili Peppers’ decades of refusing fakey performances:

“The last time we did it (or tried to) was in the late ’80s, we were thrown off of The Top of the Pops television program in the U.K. during rehearsals because we refused to mime properly, I played bass with my shoe, John played guitar atop Anthony’s shoulders, and we basically had a wrestling match onstage, making a mockery of the idea that it was a real live performance. … We take our music playing seriously, it is a sacred thing for us, and anyone who has ever seen us in concert (like the night before the Super Bowl at the Barclays Center), knows that we play from our heart, we improvise spontaneously, take musical risks, and sweat blood [Editor’s note: !!] at every show. We have been on the road for 31 years doing it.”

Part of the deal-sealer for the band was that they’re all football fans. It also couldn’t have hurt that the Chili Peppers got to appear in the middle of the year’s biggest television event, alongside a successful star 25 years their junior. “We had given this a lot of thought before agreeing to do it,” Flea writes, “and besides many a long conversation amongst ourselves, I spoke with many musician friends for whom I have the utmost respect, and they all said they would do it if asked, that it was a wild trippy thing to do, what the hell.”

Why not at least pretend to be plugged in, though? Did you really have to take Vernon Reid out of the moment like that, guys? “It seemed like the realest thing to do in the circumstance. It was like making a music video in front of a gazillion people, except with live vocals, and only one chance to rock it. Our only thought was to bring the spirit of who we are to the people.”

No word about Bruno Mars’s band yet. Stay tuned. You know people are on the case. UPDATE: Bruno’s band was indeed also prerecorded. “For the record, bands miming at Super Bowl halftime shows is nothing new,” U-T San Diego reports. “As far back as 2003, NFL officials and the producers of the halftime show told U-T San Diego in a series of interviews that live music was the exception at the Super Bowl, both for the halftime show and for the opening performances of the national anthem.”