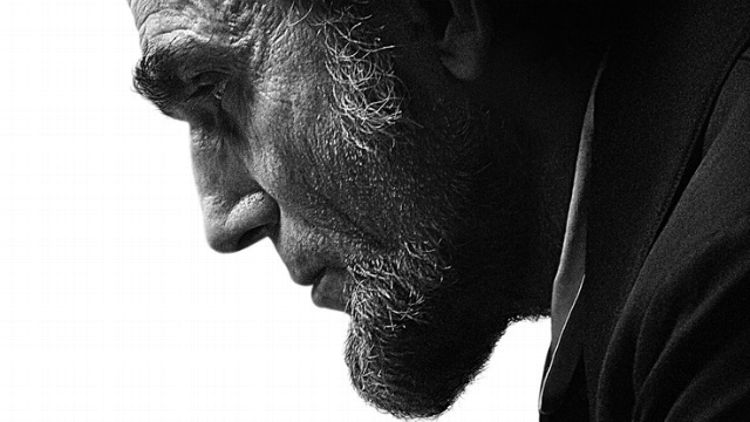 Scoff if you will at the release of a poster — a piece of advertising, even if it’s an exquisite piece of advertising — being treated as news in certain parts of the kudosphere, but know this: Every golden bread crumb dropped between now and the close of Oscar balloting has been meticulously placed on the virtual red carpet that terminates at the Dolby (née Kodak) Theatre by expert awards consultants, people who would shiv you in the kidney with a stale shard of Wolfgang Puck crostino if it meant picking up a single extra nomination in a technical category. And so we must take today’s debut of the one-sheet for Lincoln, Steven Spielberg’s presumptive Best Picture favorite, very, very seriously. Two weeks ago, Team Lincoln fired the starter’s pistol on Oscar season with the release of the first photo of Daniel Day-Lewis, an image so expertly composed it virtually assured DDL would be taking home his third Best Actor trophy come February, evoking as it did the chameleon craftsman’s borderline insane dedication to total character immersion. The first poster, however, is another story. No more free passes. The Game has begun in earnest, and if you take it hard to the rack with your head down, know that you’re going to take the occasional elbow to the temple. And so we must pause from the initial rush of excitement — Wow, they did this for us? They love us! This is amazing! — and take a moment to raise some concerns about how this one-sheet affects Lincoln’s Oscar chances right now, in this moment.

Wait a minute. Is this movie in black and white?

To the best of our knowledge, Lincoln is NOT in black and white. So while the artful, monochromatic presentation is striking, it immediately scrambles your expectations. Wasn’t that awesome photo of Daniel Day-Lewis in color? What’s happening here? I didn’t sign up for some black-and-white historical bullshit. We have color cameras in 2012. I better look into this. A conflicting message is a dangerous message. And that’s just the visceral reaction. What happens when The Artist comparisons begin? Doesn’t the possibility of a black-and-white Lincoln raise uncomfortable questions about a craven Oscar play involving a postproduction decision to leech the life from Janusz Kaminski’s presumably gorgeous, full-color photography just to appeal to the same kind of easily manipulated, sentimental Academy voter who delivered a statue to a gimmick film? Or to one who’s still pining for Schindler’s List? And, worst of all, isn’t it way too soon to go back to that particular well? It doesn’t matter that Lincoln is (probably) not black-and-white. It matters that we have to think about that fact at all.

This seems a gross miscalculation. We have concerns. Serious concerns.

How does Daniel Day-Lewis play into this black-and-white issue everyone’s talking about?

Indeed, we’ve already handed him the Best Actor trophy, and we’re not going to ask for it back. (At least until we see what Philip Seymour Hoffman does in The Master. Whoops, did we just reignite the Best Actor race? Maybe we did! How did that happen?) And while we expect that Day-Lewis’s performance will be utterly unimpeachable, as if he unearthed Lincoln’s beard and sucked the very life-essence from it in re-creating his gravitas, we have to wonder: When posing for this photo, did he pose in color? If so, that’s a major disappointment; once informed of the choice to present his character in the starkness of black-and-white, we need to know that he brought his usual level of preparation to the job. We want to hear about how he spent a month desaturating himself before the shoot: soaking in a claw-footed tub full of pigment-draining leeches, eating only bland, colorless foods, and mentally projecting himself into the works of F.W. Murnau. It’s important — nay, crucial — that Day-Lewis maintained that level of craft throughout all phases of the film, no matter how seemingly unimportant to the work itself.

We hate to pass along unsourced gossip, but we hear Hoffman commissioned a small houseboat, sailed into the Pacific Ocean, and attempted to audit L. Ron Hubbard’s long-scattered-at-sea cremains with an e-meter and sonar. Just saying.

Is there too much beard in the poster?

In the earlier photo, perfect beardquilibrium was achieved. This is exactly how Abraham Lincoln’s beard should look, one said to oneself, without any debate, because any other thought process was invalid, absurd. The experience of perfection has that calming effect on the mind. But here … it’s not that there’s anything particularly wrong with the beard, it’s just that nagging feeling that we’re getting a little too much of a good thing. The mind isn’t calm; it’s vaguely queasy, the sensation that follows one too many spoonfuls of ice cream, satiety giving way to gluttony. And is the beard flowing too easily into the hairline, creating an undifferentiated hair-mass? Perhaps. It all just adds to the overall mien of beard-dominance. The whole thing needs a trim, and it needs one yesterday, before people were exposed to this poster.

It all matters. Technical categories count toward your total Oscar haul. They’re the difference between a nice little picture that picked up a couple of statues on the way to pub-trivia obscurity, and the Academy world-beating of Titantic, Ben-Hur, Lord of the Rings. DreamWorks knows this. They can’t be this sloppy again.

Put your name on there in an honest way, one that tracks with desire, not recedes into transparently false humility. Tiny fonts are for tiny directors. This is your movie. They will be your Oscars. Let the voters think the movie’s called A STEVEN SPIELBERG FILM for an instant before they’re suffocated by all that fucking beard. Jesus H. Coppola, why has no one fixed the goddamn beard yet?

There are no axes in this poster.

Lighten up for a minute. Let the kids think he’s gonna behead some vampires. Academy voters have children; throw them the bone. The rest of America will feel smart because they’ll think he’s on his way to chop down a cherry tree. No one knows history. Win all four quadrants.

Then win the race. 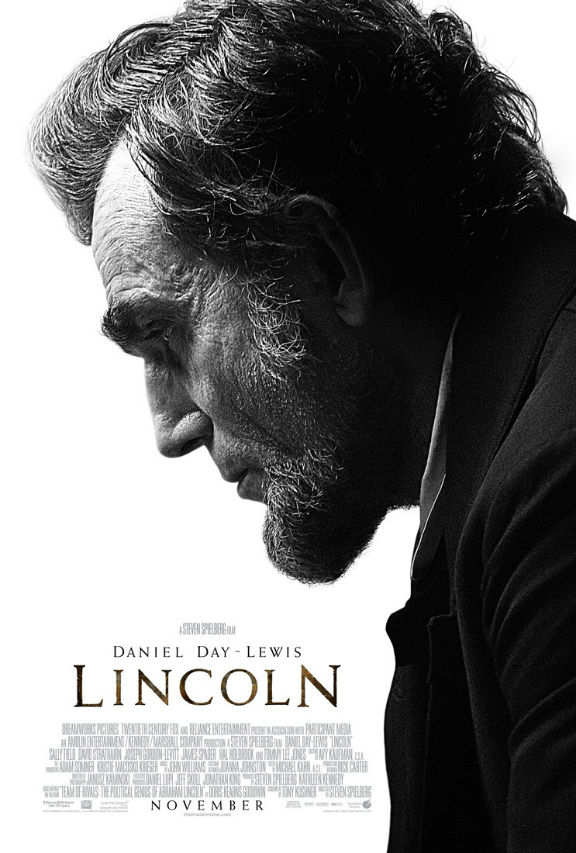