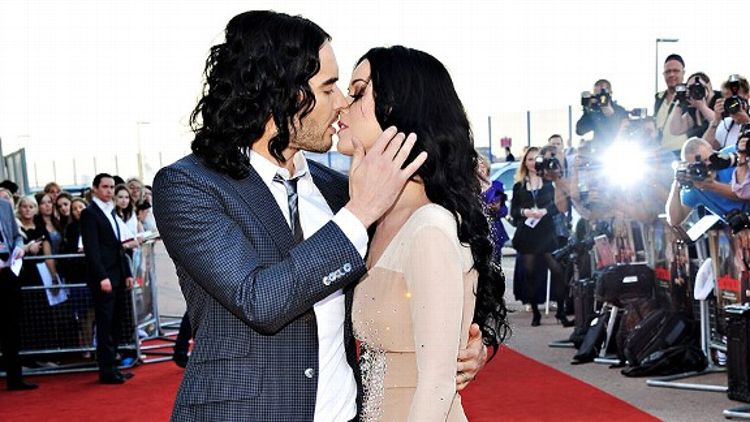 America’s New Year’s Eve holiday weekend was preemptively ruined this year when, on Friday, Russell Brand announced he was filing for divorce from Katy Perry. In the official statement, Brand explained himself only by saying “Sadly, Katy and I are ending our marriage. I’ll always adore her and I know we’ll remain friends.” That, of course, barely scratched the surface when it came to soothing the deep oceans of hurt and confusion felt by the millions emotionally invested in the peculiar coupling of pop star and British person. But now, with the traditional Four Days of Celebrity Marriage Mourning behind us, we can begin to see our way forward out of the darkness. It might sound blasphemous, but could the divorce actually be good for Katy’s and Russell’s career? Let’s consider the possibilities.

1. Russell Gets Paid According to some reports, Brand might be up for as much as $20 million in a divorce settlement. Much like famed romantic Kobe Bryant before her, Katy Perry did not demand a prenup, and now it looks like her pot’s getting split. Here’s the thing: Could this mean Brand now gets to be more picky when choosing material? The man can be absolutely delightful in the right situations — namely, Forgetting Sarah Marshall, live stand-up, and pretty much any televised interview — and fairly execrable elsewhere. Yes, that’s right, I’m admitting it: I saw the Arthur remake. If he lands that KP divorce money, though, he can laugh off offers of reboots and sequels and spin-offs for a while. Thanks for believing in true love forever, Katy.

2. Katy Gets Material According to TMZ, Perry and Brand’s troubles were fairly vanilla: “The two began a regime of constant bickering after they got married — often in front of people at clubs and awards shows. They’re both very stubborn and neither would easily back down.” But that doesn’t mean Perry can’t mine the relationship minutiae, a la Taylor Swift, into some parse-worthy lyrical putdowns. Coupled with her exodus from her partner in crime, Dr. Luke (record label shuffling means they’re not allowed to work together anymore), this could be the beginning of a whole new, more intimate chapter in Katy Perry’s storied discography. More on this later.

3. Russell Gets Material As in, material for his aforementioned delightful television interviews. The first part of this is that he now gets to share more details about his bedroom escapades. The man is a supposedly rehabbed sex addict, but whatever “normal” means for Russell probably sounds like the sweetest Cinemaxian daydreams to the rest of us. Now that he’s single, he can freely pepper his late-night talk show interactions with all manners of risqué allusions. The second part: Eventually, Russell will start sharing details about Katy. Will they be wistful? Resentful? Packed with a simmering passion undercut with the deepest hurt? The world waits to hear.

4. Katy Gets to Party TMZ, again: “One big bone of contention … Russell was much more of a homebody than Katy. Katy loved going out and partying, while Russell (who is sober) didn’t enjoy the scene at all. We’re told he would often insist on leaving places early and asking her to come with … which would trigger an argument.” So now Katy gets to rage. And you know what happens when you rage with the famous? You meet interesting people! Like, maybe, underground post-dubstep producers from rural Norway who are ready to — in the absence of Dr. Luke — reshape Perry’s sound into a boundary-pushing futuristic pop wonderland? By the way, this theoretical meeting will happen at Diddy’s house, of course.

5. The Inevitable Reconciliation That Will Heal a Nation Ah, who are we kidding: We still believe in you, Katy and Russell! Your magic was real!