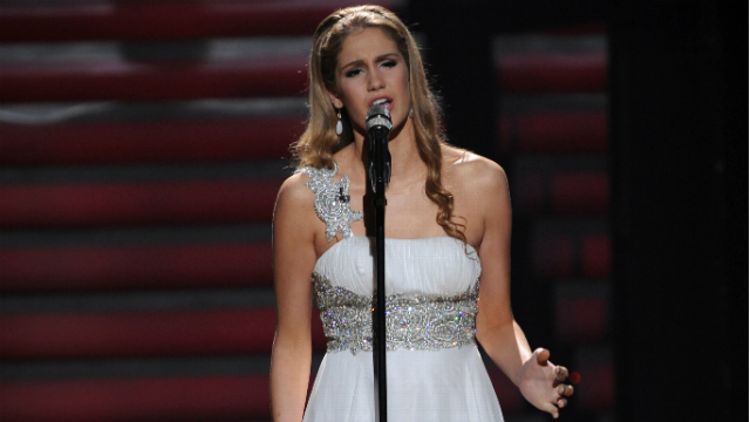 All season, Grantland Idol experts Mark Lisanti and Jay Caspian Kang will answer five very important questions after each performance episode. Whatever long-term damage they suffer during their journey, please remember: They did this to themselves.

OK, we’ve been talking about this for the past two months and it’s finally time to come up with a definitive answer … is Shannon Magrane too tall to win Idol?

Kang: Yes. Last night, we learned that our favorite volleyball princess is six feet tall. I like Shannon Magrane and don’t think she’s that mean girl who bumps the nerdy Mathlete girls into their lockers, and I don’t think she has an older boyfriend in Tampa who drives an IROC Camaro, and I don’t think she says really cutting things to the Plath-ite who finally garnered the courage to read her poetry at the school’s talent show. But I’m pretty durn sure that every tween girl watching Idol thinks all those things about Shannon Magrane and more. The average 13-year-old Idol voter is a hot mess of insecurities, and nothing makes her angrier than the tall, pretty girl who lives in a beautiful house bought by Major League Baseball’s money. Every time she sees Shannon Magrane towering over Seacrest, she’s going to be reminded of that bitch she hates in algebra class.

Lisanti: No. The mean girl/tween part of the argument is possibly valid, but the height thing is a sane line of reasoning extended to an absurd degree. (If you actually believe this, I demand you add a tape-measure component to DivaRank immediately.) You could equally ask, “Is she too blond and long-haired to win?” or, “Was her father’s BABIP in 1988 too unsustainably low to win?” or, “Is she too volleyball spiker to win?” (Is “spiker” a position? Sounds like it should be.) There’s possibly enough hate-fuel in her backstory packages to set off a late-blooming 13-year-old, with Daddy Baseball and the big house and the perfect family full of Amazonian future prom queens, but she has still somehow managed to come off as pretty likable. She’s the next Underwood. In two or three weeks there’s going to be so little doubt about the outcome that we’re going to be even more bored than we are now, and you’ll be left with no recourse but to pick fights about whether or not J-Chez is “too poised” to make the Top 5, or if I’m “too defensive” about “tall pretty girls” because I “secretly want to be one.”

Kang: It’s the visual confirmation component — every time she stands next to Ryan and makes those awkward faces and puts up however many fingers, she’ll clearly remind everyone of her undeniable superiority. Hey, Internet, I’m claiming this one. In five years, when Nate Silver starts putting out spray charts that detail the correspondence between height and success on Idol, I’m suing everyone.

Last night was a blergh-fest. Pretty much nobody but Jessica Sanchez was any good. Of all the boring badness last night, who was your least favorite?

Lisanti: I’ll have to go with Brielle Von Hugel. Not only did she pick moldy and mega-boring Idol karaoke standard “Sitting on the Dock of the Bay,” she started out her performance “Sitting on the Edge of the Stage” in a lyrical interpretation that could have been made more hilariously cheesy only if she’d pretended to be fishing for Eben Franckewitz. Her rendition was pretty bad, though it was all worth it to hear J.Lo very defensively champion her suspiciously familiar combination of “not the biggest voice, but the ability to entertain.” At least she stopped short of praising Brielle’s “hot dance moves” and “amazing perfume line.”

While we’re on the subject (well, we are now), here are the five girls going through to the Top 13: Shannon Magrane, J-Chez (still going to make that name happen), Hollie Cavanagh, Skylar Laine, Hallie Day. Wild card: Elise Testone. Book it.

Kang: Honestly, I fell into an old habit last night. Whenever one of the boring generic girls who I can’t differentiate sang a note out of tune, I fast-forwarded to the next singer. This became a problem because I started watching at 8:30 and didn’t give myself enough DVR wiggle room. Luckily, there was an episode of Storage Wars: Texas on. Regarding that show, I’d like to say that while I understand that a good thing always gets repeated, was it really necessary to create such a faithfully perfect Barry doppelgänger? Moe has glasses, talks in a low, vaguely New York-ish drawl, wears outrageous shoes and gloves, and drives up in hatcheted hot rods. He makes stupid bids and employs local steampunk furniture makers. THEY ARE THE SAME PERSON!

Kang: I sure hope not. Skylar’s the only girl I can stand. She can still do a few Shania songs and Martina McBride, but because of my demographic and its peculiar demands, I’d really like to see Skylar sing Liz Phair’s Exile in Guyville album. Can you imagine her doing “Divorce Song”? In other news, I think she’ll be the first Idol contestant to tear an ACL on stage. There’s just so much jumping and squatting in her performances.

Lisanti: Have they not already run out of those songs? I guess I’ve just assumed she’s been singing the same Reba McEntire tune over and over. Is there like a Shazam for angry grrrl country stuff so I can figure out what she’s singing? In any case, she always sounds so authentically pissed off I assume that when she gets backstage she’s still so high on spurned adrenaline she has to be restrained from castrating Ryan Seacrest with pruning shears. And I think I just came up with a new nickname for her: “Country Wronged.” BRB, trademarking that right now, when I return I’ll probably be a millionaire.

Kang: I think you’re experiencing what we in the great New England Small College Athletic Conference called “Bowdoin goggles,” the phenomenon of being stuck at a small rural college in the middle of Maine, where the sun goes down at 3:45 in the winter. By October of every school year, desperate coeds of both genders would start inflating the general attractiveness of their classmates.

This season’s Idol girls are so overwhelmingly bad and boring that someone like Hollie Cavanagh gets Bowdoin goggled. You can’t sing the song from Mulan without really throwing yourself into its varied emotions. She wouldn’t have made it to the Final 42(?) in any decent year.

Here’s an example of how the song from Mulan should be done.

Should there be a moratorium on Adele songs?

Jay Caspian Kang has never seen Mulan. TAKE THAT, STEREOTYPES!
Mark Lisanti does not discriminate against people based on height.

Piranha 3DD Trailer: Not Even David Hasselhoff Can Save You Now

The Sexual Wanderings of Ben "Storm Horse" Flajnik ... and Other Horror Stories From This Week's Tabloids