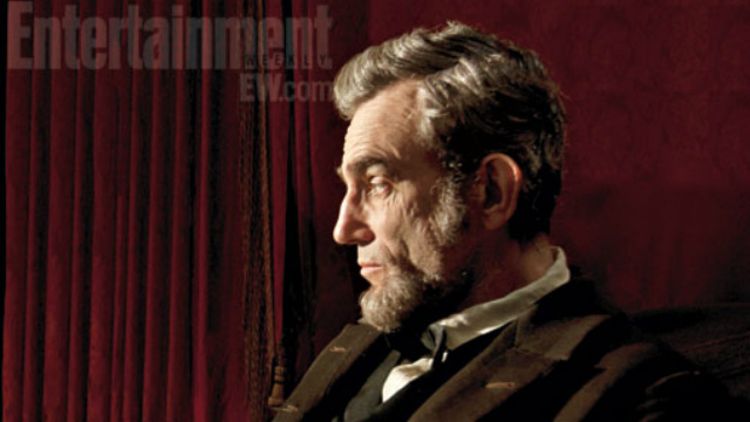 The Oscar race begins not with the firing of a starter pistol, or the boom of a distant cannon, or the rattling of the windows of the Academy’s headquarters as a formation of F-16s hired by Harvey Weinstein streaks past. It’s much quieter than that: It begins with the publication of a digital daguerreotype on Entertainment Weekly‘s Web presence, and its subsequent, instantaneous distribution across the entire online kudosphere, that announces to the world: It is on, bitches.

Was there any doubt the Daniel Day-Lewis would show up to the set of Steven Spielberg’s Lincoln, a presumptive Oscar front-runner in every category from Best Picture to Tastiest Craft Services Pastries, as anything less than an unbelievable physical embodiment of our 16th president? There was not. And still, we marvel. Spielberg himself was quick to dismiss rumors that Day-Lewis, one of the most legendary preparers/self-annihilators in Hollywood history, went too deep in his characterization, telling EW: “Daniel was always conscious of his contemporary surroundings. Daniel never went into a fugue state. He did not channel Lincoln. All that stuff is just more about gossip than it is about technique.” But this is quite transparently confirmation by denial, a way to entice Oscar obsessives to marvel at the mind-bending lengths to which Day-Lewis would go to become Lincoln. His preparation for this photo alone entailed sitting across from a giant penny for 72 consecutive hours, without food or water, until he felt his own face being embossed upon its surface, a melding of subject and vessel.

The truth is this: Upon accepting the role, Day-Lewis immediately went in for an experimental surgical procedure that would add two vertebrae to his spine, allowing him to fully inhabit the imposing president’s towering height. (The producer who suggested he merely wear lifts in his shoes still walks with a limp.) During his often painful, postoperative convalescence, he designed a time machine so that he could travel 150 years into the past and shadow Lincoln as an embedded aide, studying the statesman’s mannerisms first-hand. (Some will tell you the “time machine” was just a velvet sheet draped over his bed and a portable DVD player on which he watched the entirety of Ken Burns’s Civil War on continuous loop for an entire calendar year, but who are you going to believe, the cackling gossip-hens, or your own eyes?) Once physically recovered, Day-Lewis even spent his nights stalking vampires in the Irish countryside around his isolated estate; while he knew that Lincoln was not, in fact, a vampire hunter, the two-time Academy Award winner felt it was crucial to embrace the totality of his legend. He spent lazy afternoons sitting under an oak tree, fantasizing about Mary Todd Lincoln, but not too intensely. The prep work was thorough.

We don’t think it’s unfair to say it, right now, even before we’ve seen a single second of actual footage: Just give him all the Oscars. The race was over the minute Day-Lewis first shook hands with Spielberg. We just didn’t know it yet.