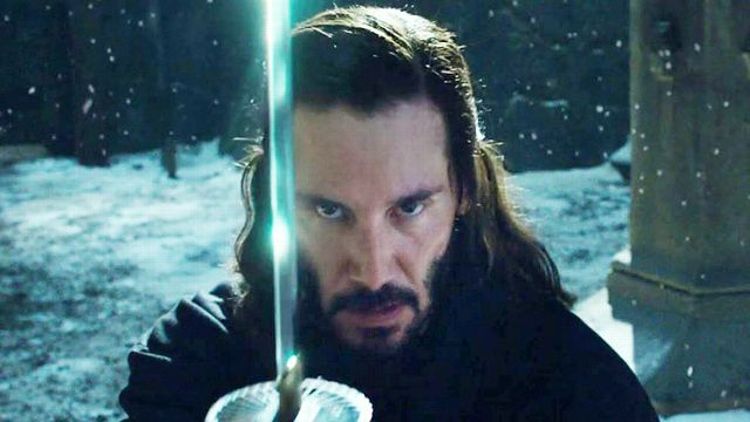 Everything that works for Robert De Niro and Sylvester Stallone in Grudge Match works against Keanu Reeves in 47 Ronin. He’s passive and deferential. This is a mystical samurai fantasy, based on a defining Japanese honor-and-revenge legend. The cast is mostly Japanese, and the deference, on Reeves’s part, feels like an act of resistance. He cedes the foreground to the nonwhite stars — Hiroyuki Sanada, Tadanobu Asano, Kou Shibasaki, Rinko Kikuchi, and Jin Akanishi. But they’re required to act in English, and it seems like hell on their comfort.

Whenever someone talks here, the film cuts to whomever that actor is addressing or uses a wide shot that makes it hard to see who’s speaking. More than once an actor just puts his hand over his mouth. This becomes the same thing as sticking a sofa in front a pregnant actress on TV. Good acting isn’t crucial to a big action movie. Confidence is. And you feel as if the actors here are being undermined by all the cheating. A dubbed Japanese-language version might almost have been preferable. Even then, there’s nothing pretty or exciting about this movie (inexplicably, it’s in 3-D), even when all anyone’s doing is fighting.

It doesn’t matter how far Reeves stands in the distance: The movie’s mostly about his rejected half-Japanese, half-British character, Kai. He’s a ticket-sales concoction mixed up in a droopy love story with a slain shogun’s daughter (Shibasaki), who gets the concubine treatment with a nasty master (Asano). In this telling, the formative tale of self-sacrificial honor seems unworthy of the consequences. You get Kikuchi, of Babel and Pacific Rim, doing a lot his hissing and shape-shifting. There’s also a computer-generated wolf, a mysterious rumbling beast, and a protagonist whose Matrix-like superpowers remain mostly suppressed.

The suppression goes for Reeves all around. When he’s in motion here, which is about two or three times, you think that The Force is still with him. He’s been interested in the upsides of working in Asia — last month his first movie as a director, Man of Thai Chi, came and went. It was a wobbly looking, occasionally preposterous, but often intense martial-arts thriller starring the stuntman Tiger Chen with Reeves having a good time as the bad-guy owner of a fight club. That movie had everything that’s missing from him in 47 Ronin: a sense of the present.

My Not Really Bon Iver Song of the Year: Volcano Choir's "Alaskans"