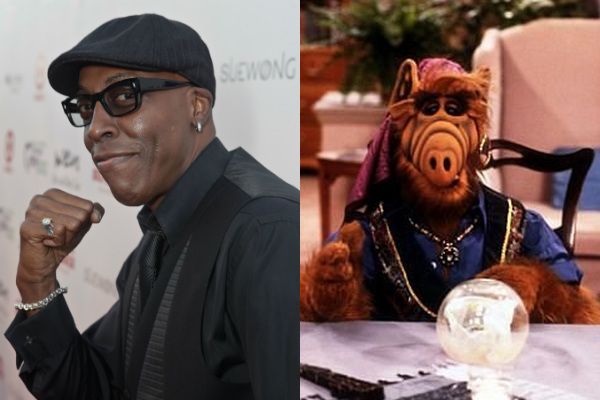 Our ongoing interactions with a certain writer in our employ have taught us that we can never take for granted even a basic familiarity with any pop-culture event that began before, say, 1993. And so:

Why are we bringing this up? Because they’re coming back, the alien and the talk show both.

First, the Gordon Shumway news: Sony Pictures Animation, the studio behind the recent, wildly lucrative Smurfs movie, is now planning a similar live-action/animation hybrid for ALF, according to the Hollywood Reporter. (Paul Fusco, ALF’s original voice and one of the series creators, will be involved, so we won’t have to suffer through some awful imitation of the Melmacian patois.) With the new project’s smurfy auspices, however, we’re probably going to get a family-friendly product, and not, as we dare to dream, one inspired by the runaway success of Ted, where the foul-mouthed, extraterrestrial houseguest tells an intruding Willie Tanner (Paul Giamatti, please) to “go get fucked” before turning his attention back to the roofied tabby he’s expertly sautéeing on the Viking range. We realize the folly of our vision; the first studio note will inevitably be, “We love Alf, just love him, but what if he hugs cats instead of eats them? Eating cats, you know, yucky.”

As for Arsenio, Deadline reports that his new syndicated talker has been sold to stations in 85 percent of the country, and will debut in the fall of 2013, presumably to allow sufficient lead time for the design of a new, more opulent Dog Pound befitting of the resurgent Hall’s phoenix-like rise from the talk-show ashes. Unfortunately, that delay into next year will deprive us of the chance to watch Mitt Romney attempt to harness the Arsenio Effect and ride a 15-minute harmonica solo, supplemented by the ecstatic woofing of a Pound stunned by an utterly unexpected display of soulfulness, right into the White House. Still thinking about the fingers, btw.