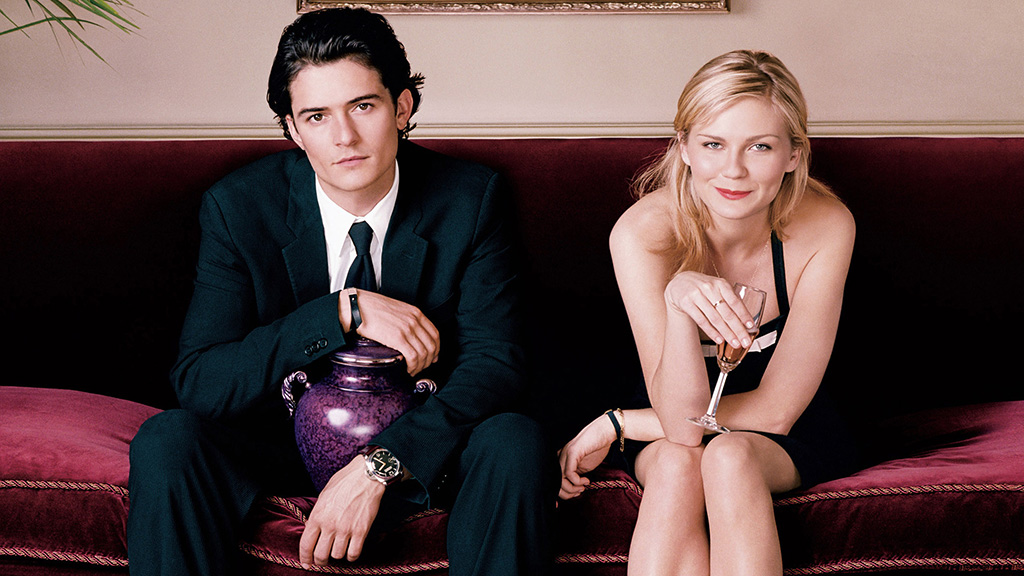 Pop culture anniversaries are a dime a dozen these days, but, brother, do we have a special one for you today. Can you feel it? Can you hear it? Yes, yes, yes — it’s Elizabethtown’s 10th-Anniversary Blowout Spectacular!

Why are you slowly backing out of the room?

We can’t really believe it either, but it’s true. It’s been a decade 1 since Cameron Crowe dropped Elizabethtown and effectively yanked the emergency brake — mid-highway, windows rolled down, the Flying Burrito Brothers groovin’ on the stereo — on his career as a roundly and warmly beloved auteur.

It’s not that he’s stopped working since the flop. True to form, he’s done two rock-and-roll documentaries, Pearl Jam Twenty and The Union; he also did (the not totally terrible!) We Bought a Zoo. It’s just that the once-cherished notion of the Cameron Crowe Movie — a warm and fuzzy reaffirmation of the wonderful, fucked-up grandness of life, rendered along with a perfectly manipulative soundtrack — has died and been buried.

By optics alone, Aloha — his latest, finally releasing on Friday — should be a contender. It’s got Bradley Cooper oozing charm while locked in a love triangle between the razor-sharp Emma Stone and Rachel McAdams. It’s got whimsical ancillary characters played by overqualified actors like Danny McBride and Bill Murray. It’s got a guy fightin’ for that second chance!

So why is everyone already assuming it’s a disaster?

Partially, you can thank the bashing it received in the leaked Sony emails. Mostly, though, you can thank Elizabethtown. Ten years later, Crowe still hasn’t earned back the world’s trust.

Which means now seems like the right time for a reappraisal. Or, actually, just an appraisal. I’m an avowed Crowehead. And yet I’ve never seen Elizabethtown. What? I’ve also never watched the footage of Shaun Livingston agonizingly demolishing his knee.

So what do we have here?

Most casual bashers of Elizabethtown probably identify it as the movie that birthed the Manic Pixie Dream Girl. Embodied here by Kirsten Dunst’s carefree stewardess character Claire, the trope — a whimsical, effervescent lady with no apparent personal agenda or internal life, there only to push forth our malcontent hero out of his righteous malaise — had actually been present in movies forever.

But it was coined in a piece on Elizabethtown by The A.V. Club’s Nathan Rabin, and it was a runaway hit, shooting out in all pop-culture-criticism directions and trailing Elizabethtown in the mud behind it. Crowe himself even knew about it, saying once, “I dig it … I keep thinking I’ll run into Nathan Rabin and we’ll have a great conversation about it.”

And here we remind you that Elizabethtown was in trouble way before the Manic Pixie Dream Girl came around. Crowe debuted the movie at the Toronto Film Festival with a longer, unfinished cut, and he was rocked for it by the critics: USA Today named all the drama, beautifully, insanely, “the Elizabethtown Massacre.” (LOL?!!)

That it was actually based on Crowe’s own life after his father died didn’t seem to assuage anyone. That he snipped 18 minutes off the running time for the theatrical release didn’t do much either. From its first appearance, it was laced with a wayward sense of disaster.

In our Summer Movie Preview, Wesley Morris went on the record quasi-defending We Bought a Zoo for having five really good scenes. I offered him the chance to offer a similar quasi-defense of Elizabethtown. His response? “Eww no.”

Perhaps appropriately, when I started Googling for this piece, my first result was “Elizabethtown man arrested after 3 home break-ins.”

We begin with Orlando Bloom as Drew Baylor, a hotshot shoe designer at Mercury Worldwide, at his lowest moment. Baylor, we find out in a wonky kind of voice-over and some forcefully expository dialogue from CEO Alec Baldwin, has lost Mercury a staggering $972 million. We see him saying stuff like, “A shoe is not just a shoe. It connects us to the earth,” and, “We contained magic! In a shoe!” Then we see him betting big on a shoe called Späsmotica. And then we see Späsmotica dying a swift death.

Two thoughts here. First, is the fate of Späsmotica supposed to be a nod to Crowe’s previous movie, Vanilla Sky? Is that still considered a misfire (eclipsed in our memory only thanks to the scale of Crowe’s next misfire)? If so, that is a shame. Vanilla Sky was dope. Open your eeeeyes, you morons.

Also: Feast your eyes on Späsmotica!!!

Can we start a viral campaign to make these real, à la the Air McFlys? Might we able to interest the good people at, say, Fila or K-Swiss?

OK, next, Bloom goes home to kill himself and makes a truly gruesome exercise-bike/knife combo to do so. But then he gets a phone call from his sister. Their dad died while visiting his family in Kentucky — the family that hates them because they made their father leave Kentucky. They need his body back. And Bloom’s gotta take care of it.

The sister is Judy Greer, the mom is Susan Sarandon. By the time this is over, everyone will get a chance to weep and gnash their teeth.

So Baylor abandons the knife bike and heads to Elizabethtown (yes, the same Elizabethtown from the movie’s title; this was not a coincidence). His flight is totally empty of passengers, but full of Kirsten Dunsts. Well, there’s one Dunst. But she’s full of a spunky Southern life force.

Dunst was 23 at the time, Bloom 28. Both were coming off major franchises (Spider-Man for her, Lord of the Rings and Pirates of the Caribbean for him), and both were presumably pleased as punch — with an eye to future non-fantastical castability — to get to show off their everyperson rom-com chops. It was a turning point for both. It didn’t quite turn out the way they’d hoped.

Dunst’s prototypical MPDG is ridiculous. She is overwhelmingly, immediately obsessed with taking care of sad Orlando. She tells him how to pronounce Louisville, she draws him a map, she smiles and nods at him with all the unstated force of someone thinking to themselves, That, there? That’s a good man. “I can handle this,” she says at one point, yanking on his suitcase. “Let go.” But in her defense … Orlando Bloom is very good-looking?

Dunst is better when she’s more bitter: Melancholia, Bachelorette; even Bring It On had edge. But she can still pull off harmless. Since the movie, the Manic Pixie Dream Girl phrase ran away with itself, eventually getting its own deserved backlash. Last year, Rabin even ended up apologizing for it, acknowledging the reductive way it ended up being utilized. Dunst didn’t deserve to get sideswiped by a cultural mini-phenomenon. Here, she is fully game.

After their meet-cute, Dunst and Bloom bond over a long night of phone calls. At Dunst’s apartment, the word “Charm” is literally superimposed above her bed. In her bathroom, we see her prancing around in gym shorts. Herewith, a shout-out to the underwear dance-off with Hulk in Eternal Sunshine of the Spotless Mind.

She’s listening to Ryan Adams. Cool. We later see her packing Adams’s Love Is Hell in her suitcase, along with Jupiters Darling, a latter-day effort by Crowe’s then-wife Nancy Wilson’s band Heart. SMH.

She has to say stuff like, “I think I’ve been asleep most of my life.” This is not an easy gig. I feel for her.

As for Bloom: His British accent keep threatening to poke out. He’s a little too assured in his inevitable victory. But against my better instincts, I kind of liked him too. Watch him frolic through urn shopping; watch him stumble through graveyards! Learn to love him as he learns to love himself! And feel good about the fact that it could have been Ashton Kutcher.

Back in Elizabethtown, the extended Southern family spills out. Paul Schneider is wonderful as cousin Jessie, still pining over his failed old band Ruckus, still beautifully rocking sideburns that tuck under his chin. Loudon Wainwright is here briefly, but welcome as always.

Oh, Bruce McGill (forever my man, because of MacGyver): much better.

There’s a lot more. Snipped-down running time and all, this thing still goes over two hours. Bloom and Dunst keep bumping into each other and then running away, for no particularly good reason. They say boatloads of stupid shit.

They touch noses, or faces maybe. They eventually do sex.

Susan Sarandon shows up in Elizabethtown and redeems herself with the in-laws who hated her by tap-dancing at the memorial. Turns out all you gotta do to finally win love is kill it at a funeral.

Bloom takes off again, with a preposterously detailed road map — with accompanying original photography and musical cues! — for the trip Dunst always wanted him to take, or something. It’s insulting, really: She does all this work and she doesn’t get to come along?! In Almost Famous, William Miller has his life changed when his sister gifts him her records, and I think Crowe was going for something similar here. But that shit made real-world sense. People are nice to each other sometimes, especially if they are related to each other. “Plan an elaborate road trip that you don’t even get to go on” nice? I don’t know, man. 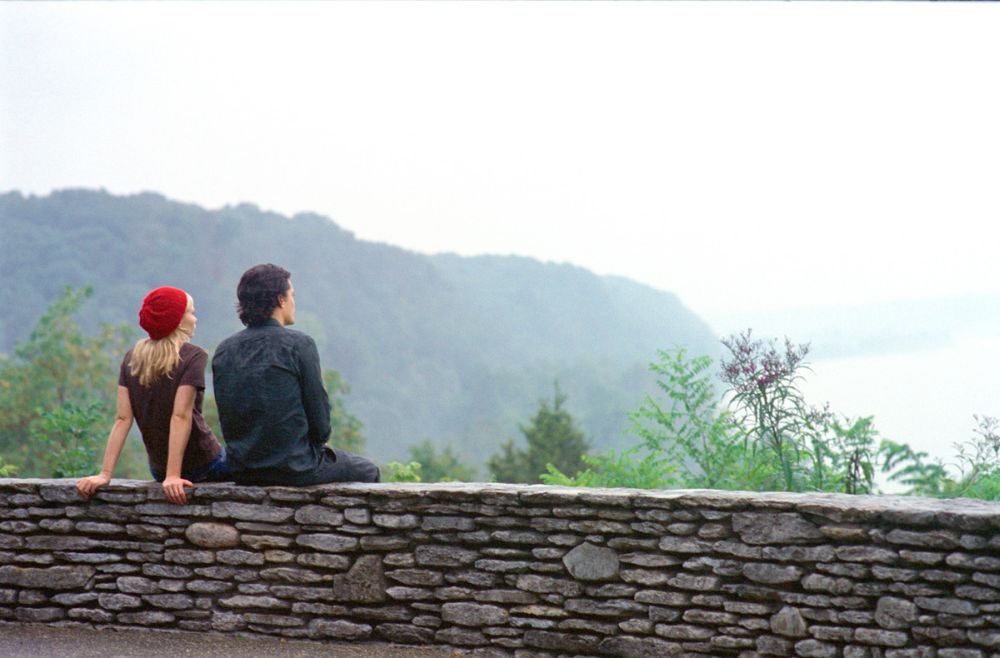 There is an obvious course correction whenever you see something that everyone has already decided is crap. If you are told over and over that it’s schmaltzy, you will find it at least a little moving, just to be a jerk. I’m sure that if common consensus over Elizabethtown were that it was a lovely, respectful adult drama, I would be the first in line to call it dumb pap.

So, maybe it’s just natural contrarianism, but 10 years later, I couldn’t hate too much on the Manic Pixie Dream Girl and the Ryan Adams and the heart-swelling, calculated sentimentality. This is a mid-level Cameron Crowe impersonation, which happens to have been done by Cameron Crowe.

I think what I’m trying to say is that it’s almost the 10th anniversary of Elizabethtown. Cameron Crowe has a new movie out! Let’s celebrate it all with sincerity.

Now strap on those Späsmoticas and give your dad a call.