Drake Gets His Third Chart Winner and 658,000 New Reasons to Say He’s the Best 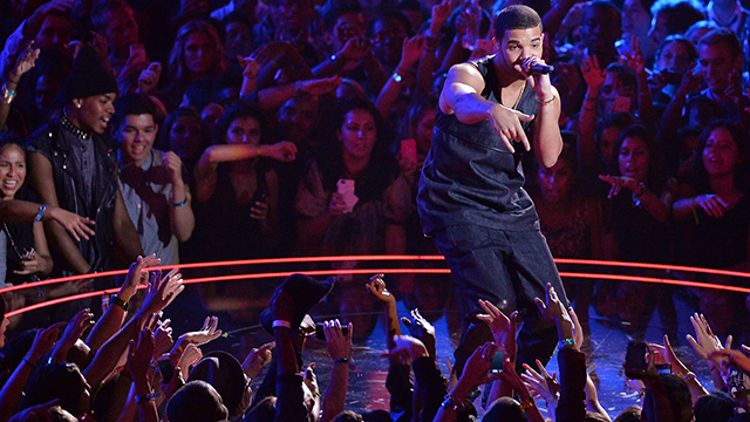 It’s hard for the half-dozen or so megawatt rap stars on planet Earth to each stunt about being the best out there and for us to take it seriously, but this round goes to Drake, no contest. Nothing Was the Same topped the Billboard chart with 658,000 copies sold in its debut week. The third LP from Canada’s favorite “ex–child actor turned MC/semi-competent singer” is behind only Justin Timberlake’s first 20/20 Experience disc (968,000 copies) in terms of 2013 releases, which gives new significance to the line “Who else is making rap albums, doing numbers like it’s pop?” Drake’s almost J.T.-esque sales beat Jay Z’s Magna Carta Holy Grail debut (527,000 copies, not counting the weird Samsung stuff because it totally doesn’t count); NWTS also decisively bested Kanye “At This Point I Could Give a Fuck About Selling a Million Records” West’s Yeezus (327,000 copies) and Lil Wayne’s I Am Not a Human Being II (217,000 copies). So enjoy it, Drizzy — at least until Eminem shows up next month with The Marshall Mathers LP 2 and sells all the copies, regardless of whether the record is any good or not.

Now’s a great time to remind hand-wringers of the “why did the Internet have to kill the music industryyyy!!!” variety that Nothing Was the Same leaked and became readily accessible more than a week before the commercial release. On to the sub-accolades, though: NWTS is the biggest debut for a hip-hop record since Lil Wayne’s Tha Carter IV, which moved 964,000 copies in 2011 despite being an abominable impersonation of anything once exciting about Weezy. Drake’s still running paltry game compared to artists like Taylor Swift (Red’s debut last autumn: 1.2 million) and Lady Gaga (Born This Way, 2011: 1.1 million), so as long as he’s mulling that all-singing record, he’d might as well make it a split with one of pop’s queens. I’d buy Aubrey & Adele Sing the Hits.