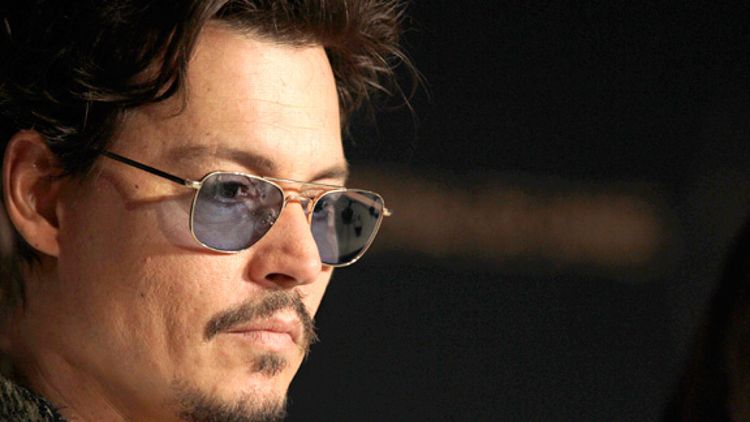 Like a binge-drinker rousing himself from an 8 a.m. Coors puddle and staggering to the nearest AA meeting, Hollywood may have finally sobered up over the weekend. How else to characterize Disney putting the kibosh on its planned big-screen adaptation of The Lone Ranger, with Pirates of the Caribbean helmer Gore Verbinski behind the camera and Johnny Depp behind the brown facepaint as Tonto? Until Friday evening, the long-gestating picture seemed as close to a sure thing as exists in the industry these days, mainly because it ticked the two necessary boxes for a contemporary blockbuster: a pre-existing property paired with a massive celebrity. Without these two key ingredients, it’s notoriously hard to get anything made in Hollywood — soaring CGI budgets are dependent on expensive stars whose involvement is, in turn, dependent on said budgets. More than anything, it’s the forward momentum of clearing that conundrum that’s responsible for green-lighting DOA stinkers like Green Lantern and, especially, Cowboys & Aliens. But after a summer of bomb-dropping reminiscent of the London Blitz, it was clear that something had to give, and Disney’s shocking rebuff of regular cash-cow Jerry Bruckheimer — coupled with the surprise steeliness of other studios in turning down Ron Howard’s planned adaptation of Stephen King’s The Dark Tower and Eminem’s boxing flick Southpaw — raises the question: has Hollywood finally come to its senses?

One would hope so because nothing screams “crazy” like the details of The Lone Ranger. Over the course of Hollywood’s typically drunken and indulgent development cycle, the nearly 80-year-old franchise somehow ballooned into a bloated monstrosity with a projected pricetag of $250 million. To put that in perspective, the entire cost of the annexation of Texas — the location of the Ranger’s mythical deeds of derring-do — was $10 million. The combined budget of the Ranger’s 2,956 episode radio serial couldn’t have been more than six figures — and that’s including the high cost of imported coconut shells to bang together. We’re talking about a heroic cowboy whose only costume requirements can be solved with a black bandanna and a pair of scissors — and yet Disney was still prepared to shell out the equivalent of Mitt Romney’s personal fortune to bring him to the screen. (It’s certainly not hard to find better uses for the money. Like, for example, buying Hooters. All of them.)

The problem runs deeper than diverting cash into Johnny Depp’s personal island slush-fund or any other suspected star-related inflation. (Armie Hammer, the genial young slab cast in the title role, was probably the cheapest line-item in the budget. The horse they were scouting to play Silver would’ve been able to secure more back-end points.) The problem comes from the industry shell game of taking things and, at the cost of many milllions and the beggaring of many beliefs, trying to turn them into other, more profitable and cross-demographically appealing things. Battleship, for example, was best known for being a plastic-peg-driven guessing game. Next summer, it’ll be a $300 million adventure flick about Taylor Kitsch’s abs defending an entire ocean from an alien invasion. Cowboys & Aliens was a comic Western that was also a po-faced and violent Martian invasion movie. (Also also? It was terrible.)

Devoted to both the assembly-line and the bottom-line, Hollywood uses the familiarity of certain franchises and genres to pry open the vault doors then employs the promise of 3D-CGI malarkey to knock down the entire bank. Thus, it wasn’t enough that Johnny Depp would be making his performance as Tonto — the pidgin-English spouting Native American sidekick whose name means “stupid” in Spanish — a nuanced tribute to his dead friend Marlon Brando; the film also had to pit its horsebound heroes against a horde of bloodthirsty, computer-generated spirit werewolves, an insane attempt to woo the notoriously skeptical fanbases of both Taylor Lautner and terrible T-shirts. When Disney’s Rich Ross and Sean Bailey decided to pull the plug — risking their relationships with Depp, Bruckheimer, and the Equine Actor’s Guild, not to mention giving up valuable tentpole real estate in December 2012, where Ranger was supposed to face off with part one of The Hobbit — the only logical explanation is that the creative bankruptcy of the project finally reached the point where it began to threaten actual bankruptcy for the studio behind it.

The making of movies in 2011 has reached the point where it’s high risk with almost no possibility of high reward. There was no public clamor for a Lone Ranger movie, no zeitgeisty hook or tangible desire to see Johnny Depp wrestling with noble lycanthropes. If he wants to honor his late friend Brando, he’s always welcome to gain 300 pounds or send Sacheen Littlefeather to pick up his next People’s Choice Award. Furthermore, the two most notable successes of the summer film season were Bridesmaids and Rise of the Planet of the Apes — both relatively cheap, star-free productions in which revolutionary things happen in the middle of the street. Creatively and financially, it might be time for Hollywood to think smaller, not bigger. It was a victory for both sanity and sobriety when Disney mustered up the unexpected courage to shout “Hi-yo, Silver — go away.”