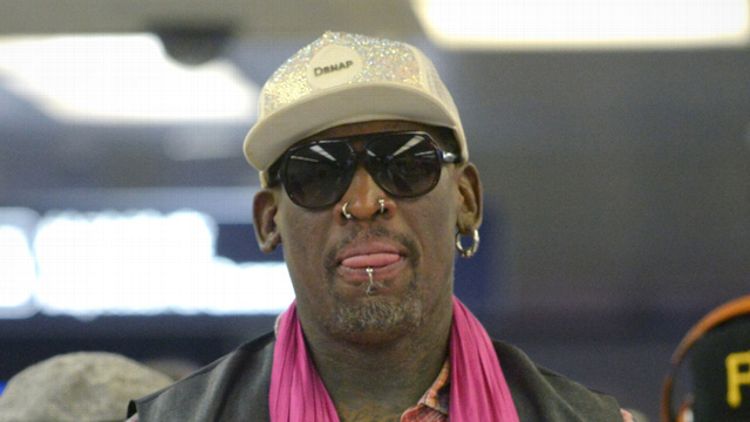 Dennis Rodman gifted YouTube with one for the ages on Tuesday, and now North Korea’s favorite former NBA star is feeling the noxious hangover of regret. “I want to apologize,” Rodman said in a publicist’s email to the Associated Press. “I take full responsibility for my actions. It had been a very stressful day. Some of my teammates were leaving because of pressure from their families and business associates. My dream of basketball diplomacy was quickly falling apart. I had been drinking. It’s not an excuse but by the time the interview happened I was upset. I was overwhelmed. It’s not an excuse, it’s just the truth.” Rodman also apologized to his teammates and management, saying he “embarrassed a lot of people.”

Tuesday morning’s CNN interview took the express route to Explosion City when Chris Cuomo asked Rodman if he would approach leader Kim Jong-un regarding Kenneth Bae, an American questionably detained in North Korea for more than a year. “Kenneth Bae did one thing,” began Rodman’s irate, half-baked reply. “If you understand what Kenneth Bae did … do you understand what he did in this country? No, no, no, no, you tell me, you tell me! Why is he held captive here in this country, why?” Part of Rodman’s new statement includes a direct apology to Bae’s family, who are still unclear as to what, if anything, Bae did to warrant imprisonment: “I’m very sorry. At this point I should know better than to make political statements. I’m truly sorry.”

Roughly 14,000 people watched Rodman and a handful of former NBA players (Charles Smith, Kenny Anderson, Cliff Robinson, Vin Baker) play against North Korea’s team as a birthday gift to Kim Jong-un. Rodman personally dedicated the event to Kim, his “best friend,” telling the crowd, “A lot of people have expressed different views about me and your leader, your marshal, and I take that as a compliment. Yes, he is a great leader, he provides for his people here in this country and thank God the people here love the marshal.” Rodman sat out for the second half of the exhibition, taking a seat next to his old chum, the one who recently had his uncle executed. And before the game, Dennis Rodman sang to that very same buddy.

'The Spoils of Babylon': Crazy, Star-Studded, and Maybe Not As Funny As You Were Hoping