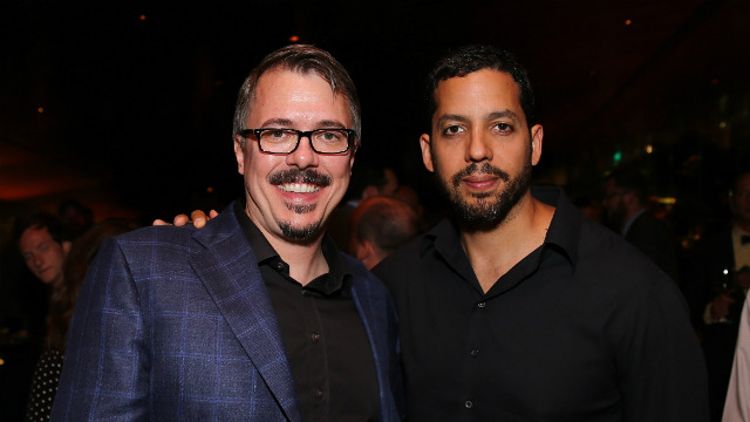 I’ve never wondered if a magic trick could cheer Kanye up a little. I’ve debated zero friends on whether Woody Allen digs illusions. And now I can’t think of anything else, because ABC has plans to air an hour-and-a-half special called David Blaine: Real or Magic, where America’s wizard-laureate will dazzle 'Ye and Woody as well as Harrison Ford, Katy Perry, Robert De Niro, Ricky Gervais, Olivia Wilde, Stephen Hawking (?!), and George Fudgin’ W. Bush. (Hawking will figure Blaine out; Bush will misunderestimate him.) “I went after all of the people that I loved the most and surprised them and did magic in places that I knew people would understand that I couldn’t have staged or set up or had people pretending,” Blaine tells The Hollywood Reporter. “I wanted it to all be believable and went after people you never could get to pretend. I combined that with going into the streets and encountering all different people to do magic nonstop.”

Some thoughts about all that, Dave: (1) You’re absolutely right, man — none of these Hollywood actors would ever pretend. (1a) Those are the people you love the most? (2) The entire premise kinda reads like, “I’m 40, I’ve got a kid now; screw freezing myself in Times Square ice prisons and risking/not risking my life in assorted dangerous/boring ways. Who’s seen my street magic playbook? Honey, where’d I put Stephen Hawking’s number? Hey, do you think Kanye likes magic … or loves it?” (3) Something about the “I AM SO REAL I AM NOT A FAKE!” vibe (another Blaine quote from THR’s article: “It’s not TV magic, it’s real magic”) is weirding me out, but again: the guest list. Period.

“There’s things that I traveled to Africa to learn and you see that process when I come back and perform it in front of Woody Allen, Robert De Niro and guys like that,” Blaine also says. “There are new things that only a few people in the world can do.” African people from an anonymous African country, and David Blaine. That’s it.

Since this is the night that magic will officially become real for the first time in human history, ABC is working carefully to select an airdate and has not yet landed on a decision. Sometime in November, though. Magic starts being real in November.