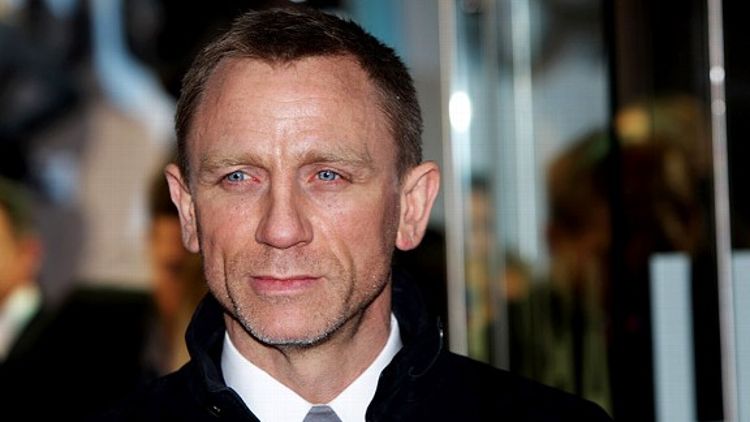 James Bond franchise producer Michael G. Wilson says he’s hoping to sign Daniel Craig up for five more movies as 007. Craig is currently shooting the next Bond flick, Skyfall, with director Sam Mendes. Says Wilson, “Filming has gone very well, and I’d love Daniel to surpass Roger’s [Moore] record and do eight pictures.” If Craig balks at such a long-term commitment, though, Wilson and the other producers have a plan to goad him into it: Threaten to hire George Lazenby instead. Grade: A- [HR]

Eva Green is in talks for the 300 spin-off 300: Battle of Artemisia, which will feature a battle that takes place at the same time as the one in the original. Green would play Artemisia, a “ruthless, gold-covered goddess who persuades Persian king Xerxes to amass his army” against the Greeks. Negotiations are currently hinging on whether or not Green, at some point of the movie, will get to kick a guy into a well while screaming something awesome. Grade: A- [HR]

William Shatner will be coming to Broadway with a limited-run one-man show called Shatner’s World: We Just Live in It, which will kick off a 15-week national tour. According to the New York Post, the “show is based on years of Q&As he’s done to hawk his books.” A Broadway show adapted from bookstore appearances?! Take my money, please! Grade: C [N.Y. Post via Vulture]

FX has picked up The Americans, a comedy from Falling Skies’ Joe Weisberg and Justified’s Graham Yost. The show revolves around a pair of Russian spies posing as an American couple in suburban D.C. in the early ’80s, dealing with a network of informants under their control and their two clueless kids. The funny thing is that, in Russia, they have a series like this, only it’s a reality show. Grade: B [Deadline]

Showtime is developing an adaptation of the 2010 Australian movie Animal Kingdom, a crime drama that landed its star, Jacki Weaver, an Oscar nomination. The movie is based on the real Melbourne crime family the Pettingills, headed by matriarch Kath Pettingill. Now they’re getting their own American TV show! Melbourne organized crime scene, you should be extremely proud of yourself right now. Grade: A [Deadline]

All original surviving members of the Beach Boys — Brian Wilson, Mike Love, Al Jardine, Bruce Johnston, and even early member David Marks — are reuniting for a new album and a 50-date tour to mark the band’s 50th anniversary. Considering Wilson hasn’t been involved with the band since 1985, we’re going to go ahead and suggest that his sudden change of heart maybe has something to do with just a whole oil-tanker-stuffed-with-cash amount of money. Grade: D [Billboard]

Filed Under: Daniel Craig, Grading the Trades, The Americans

Damian Lewis Homeland Q+A: "The final episode is both psychologically and emotionally violent."

Homeland: Drama of the Year