Dane Cook, Snoop Dogg and Chelsea Handler Walk Into a Network: Behind the Peacock’s Personality Transplant 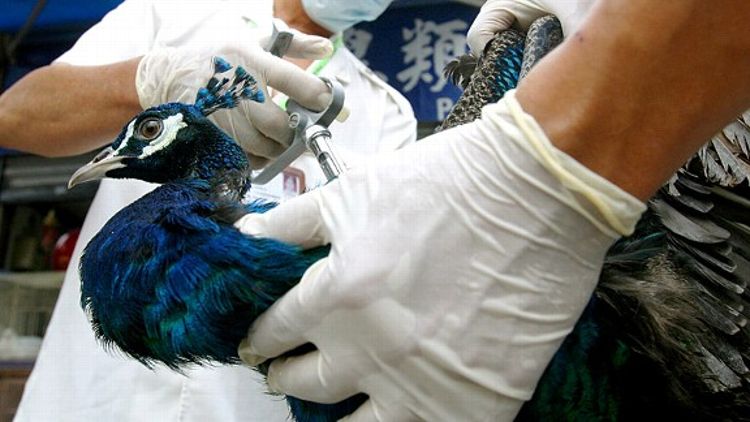 If corporations can be people then so too can networks have personalities. Fox, for example, is youthful and brash, rife with protagonists who refuse to play by the rules, be they doctors, ten-year-olds, or megalomaniacal Brits. ABC has long been the Secret of networks, strong enough for a (sensitive) man but ph-balanced for women. While CBS is essentially what everyone down in Lower Manhattan is currently protesting: rich, old and crushingly successful. (#OccupyStudioCity!) NBC, however, is a bit more complicated.

It’s been ever so for the peacock, or at least since Chandler Bing snarked his last back in 2004. Back then, NBC was top bird in the demographics that mattered: hip young urbanites (and the strivers that wanted to be like them). Seinfeld, Friends, ER were all massive hits that projected an air of confidence and cutting-edge cool. Then somebody Zucked it all up: the last half decade has been a near-satirical spiral of dud shows, ill-advised “reinventions” and a crippling Leno addiction so powerful it would leave Charlie Sheen shaking his head and recommending rehab. In the midst of the macro, “NBC is a disaster” narrative, though, a smaller micro trend emerged: we media types mocked NBC with abandon but it also quietly became home to our most loved, least watched shows, comedies like Parks & Recreation and 30 Rock and touchy-feely hours Friday Night Lights (RIP!) and Parenthood. If you were to ask any casual industry watcher what NBC’s identity was, the answer would probably still involve the words “cool” and “Tina Fey.” But here’s the thing: making a show precisely for the commenters on the AV Club isn’t exactly profitable. This generous, art-endorsing era that bought The Office time to succeed and gave Coach Taylor five seasons of pep-talks and uplift was, in reality, an aberration, an almost accidental flowering of excellence while corporate eyes were busy putting out larger fires and taming wilder white tigers.

Now, with the sale to Comcast approved and new network president Bob Greenblatt — beloved in Hollywood for his intelligence and relative sanity — installed, NBC is ready for a fullscale personality transplant. The goal appears to be setting the clock back not to the go-go ‘90s but a generation earlier: the ‘80s, when unicorns and Brandon Tartikoff roamed the Earth, leaving rainbows, smiles and middle-America-delighting series in their wake. The first salvo came this fall with Whitney, an old-fashioned, comedian-centered multi-cam sitcom replete with a live studio audience and groan-worthy zingers. The show itself isn’t a surprise — Whitney Cummings was a hot enough property to get a second half-hour on the air, the even worse 2 Broke Girls on CBS — but the scheduling was: smack in the middle of the Peacock’s fading but still-occasionally sparkly jewel, Thursday night. Yet Whitney’s broader-than-Broadway brand of humor isn’t so much a bad fit for the otherwise urbane slate of shows as it is a harbinger of what’s to come: despite some questionable casting decisions, a similarly sour sitcom based on Chelsea Handler’s memoirs is already in the can for midseason. And last week Greenblatt got to work on his vision of NBC’s comedy future, inking the Billionaire Bro-bie Dane Cook for a sitcom and then, the other day, blowing enough smoke up at Snoop Dogg to sign the staunch anti-Glaucoma advocate to a development deal.

Will any of these shows win Peabody awards, inspire rapturous magazine covers, or even, you know, be good? Probably not! But the thing is, it doesn’t likely matter. Even if Greenblatt spends his downtime binging on Downton Abbey and entering the New Yorker cartoon caption contest, he’d still rather have a week full of money-making Whitneys than clever Tweet-inspiring 30 Rocks. It’s probably best to consider these last few entertaining years as NBC’s long post-graduate summer, a time of boyish, consequence-free mistakes, free-thinking and free-love. A time when the network was inspired to try new things and new, interesting hats all in the service of a loose commitment to, like, art, man. Now the real world beckons, with its stricter standards, devotion to the bottom-line and firm belief that questioning the role of women in the workplace is never not funny. We’ve had our fun, kids. But NBC isn’t in the quality business. It’s in the business business. It’s time it started acting like it.

What Should T.I.'s Post-Prison Game Plan Be?