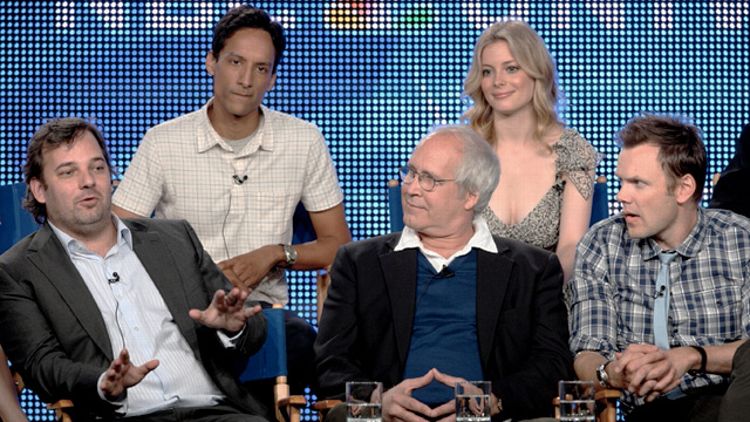 According to The Hollywood Reporter, Dan Harmon — the man whose firing from the lowly rated Community has been alternately picked over, bashed, and defended to death, mostly all by Dan Harmon — might actually come back to Community for Season 5 in some capacity. Which, right, yeah — we should point out that Community actually was renewed for a fifth season, despite no uptick in viewership and no downtick in behind-the-scenes drama with NBC. This. Just. Won’t. Ever. End.

Harmon let the news slip during a taping of his podcast Sunday night, then asked that it be edited out of the final product. But a reporter for HollyWookie.com was at the taping and caught the tidbit. So right now there’s no other information available, but presumably David Guarascio and Moses Port — the TV vets brought in after Harmon was ousted, to un-weird the place — will stay on, with Harmon working in some kind of supervisory capacity.

So — what the hell? Well, as THR puts it, “For NBC, Harmon’s return would help solidify Community — one of only two returning comedies the network has for 2013-14.” Seems like an utterly preposterous thing to say, right? How could rehiring the guy you fired solidify the thing you fired him from?! But this is NBC we’re talking about here. Guess they figured they couldn’t get anything else funny popping — why not double down on the one comedy entity they have that someone, somewhere feels passionate about?

Then again, every little bit of kerfuffle between Harmon and the network could be some part of an infuriating, never-ending, Community-esque meta-gag. In Community‘s last season, Chevy Chase will break the fourth wall, say something creepy, then announce Community: The Major Motion Picture, executive produced and co-written by NBC’s Bob Greenblatt. Six seasons and a movie, ya’ll. Six seasons and a movie.