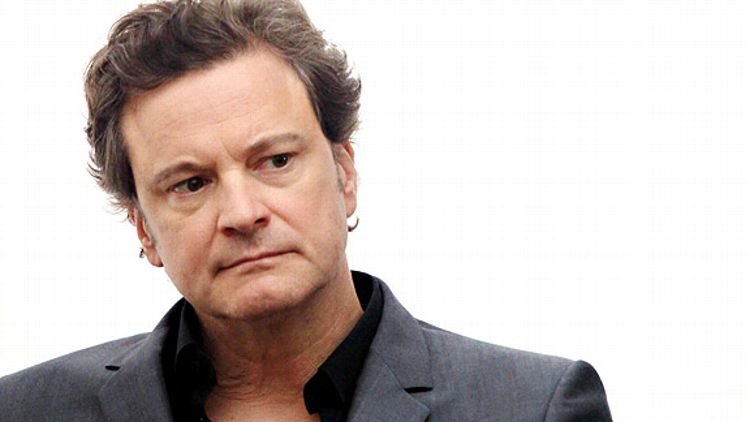 Colin Firth will star in The Railway Man, an adaptation of British officer Eric Lomax’s book of the same name, which recounts his torture by the Japanese during the construction of the “death railway” during World War II. Usually we’d make an attempt at some lighthearted commentary here, but, you know, “death railway.” Grade: A- [HR]

The Carrie Diaries — Candace Bushnell’s young-adult Sex and the City prequel revolving around Carrie Bradshaw’s senior year of high school — has officially been picked up for the CW, with Gossip Girl’s Josh Schwartz and Stephanie Savage producing. Great news for people who love sexy puns about the rigors of the college application process. Grade: B+
[Deadline]

Ellen DeGeneres has sold a pitch to NBC for a multicamera comedy about dueling sisters, with her wife Portia de Rossi slated to play one of the sisters. Just to make things awkward for everyone, Anne Heche will play the other sister (not really). Grade: B [HR]

Ryan Seacrest is in talks to take over MTV Network’s VH1 Soul, a little-loved cable channel broadcasting soul and R&B music videos, along with AEG and CAA. It’s not yet clear what the plans for the network are, but Seacrest would possibly do production and on-air work, as well as provide connections to talent. VH1 Soul seems like a strange fit for the omnipresent American Idol host, until you consider the little known fact that Martha and the Vandellas were originally known as Martha and the Ryan Seacrests. Grade: C- [HR]

Beauty and the Beast will be remade once again, this time as a one-hour fantasy drama for ABC, with Human Target’s Jonathan E. Steinberg attached to executive produce and write the screenplay. Anthropomorphic candles, call your agents! Grade: D [HR]

Nick Stoller, the writer/director (and friend of Jason Segel) behind Forgetting Sarah Marshall and The Muppets, has landed a single-camera comedy at CBS called Hot Mess. A loosely autobiographical ensemble sitcom about a guy who works a cubicle away from the girl who broke his heart, it’s Stoller’s first television work since his early days on Judd Apatow’s Undeclared. When asked why he decided to work with CBS, Stoller blushingly confessed his lifelong admiration of the work of Angus T. Jones. Grade: A [Deadline]

Jay Baruchel, who just so happens to be another Undeclared alum, is keeping his writing side gig flourishing. Along with his partner Jesse Chabot, he’s landed the job of adapting Canadian author Dave Bidini’s 2005 memoir Baseballissimo, about life in Nettuno, Italy, where American soldiers introduced baseball in 1944. The best part of this: The book was optioned by none other than Rush frontman Geddy Lee. Seeing as Baruchel’s from Montreal, the only way this thing could get more Canadian is if the movie’s audiences get drenched, Double Dare-style, in maple syrup while sitting in the theater. Grade: B [Variety]