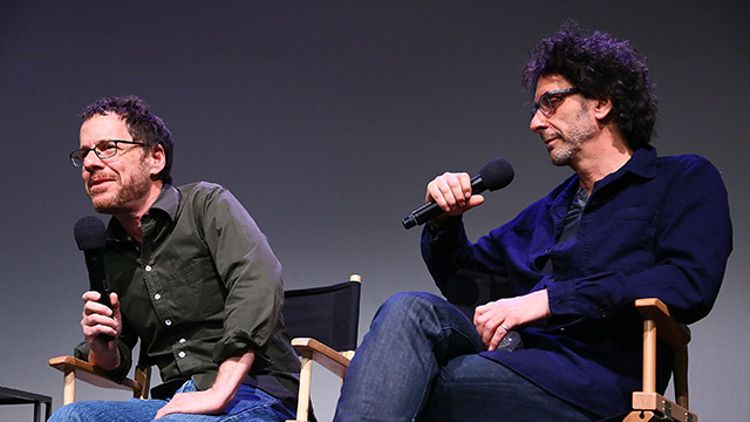 We’ve seen Jeff Bridges as an old-timey, eye-patchy U.S. Marshal, but how about the Dude as a chill citizen of history’s favorite empire? The Coen brothers are “plainly excited” about a new project they’re writing, “which they proudly explain is set in ancient Rome,” writes the Associated Press. “It’s like: Would you ever do a sandal movie?” Joel says, amused with the idea. “It’s big,” Ethan adds. “We’re interested in the big questions. And we don’t [expletive] around with subtext. This one especially.”

Further details are scant for now. The rest of the article focuses on Inside Llewyn Davis (limited release begins this Friday; wide release is December 20) and the Coens’ impossible-to-pinpoint style. When the AP writer attempts to chart a course — say, that the Coens have left behind “the screwball of The Hudsucker Proxy or the surrealism of The Big Lebowski,” the brothers balk. Ethan begins: “If you’re trying to make a developmental statement about us, it might not …” Joel finishes: “It might not stand the test of the next movie.” Elsewhere in the piece, Ethan is resistant to say that at age 56, he and his 59-year-old sibling are growing up. “If you’re trying to assign the trait of maturity to us, frankly, it won’t wash.”

There are a few speculation points about a Roman Coen Bros. movie, if you’re willing to go there. The AP highlights how many of the Coens’ films began with single, specific images in mind. The brothers’ strong literary influences are also noted — they’ve adapted Cormac McCarthy and Charles Portis in recent years, and Miller’s Crossing, The Man Who Wasn’t There, and The Big Lebowski were all conscious imitations of certain authors. So go ahead and conjure a mental picture (I’ve already got something sandal-oriented brewing), pick an author (David Mitchell? McCarthy again?), and blend ’em up into an imaginary Coen brothers movie, one that’ll tackle life’s great mysteries. “It’s not like our piddly A Serious Man,” Ethan says. “That was a cop-out. We just totally chickened out on that one,” Joel adds. Back to Ethan: “We hadn’t grown up. In that respect, OK, we have matured. We’re ready to answer the big questions now.” In or around the Colosseum.