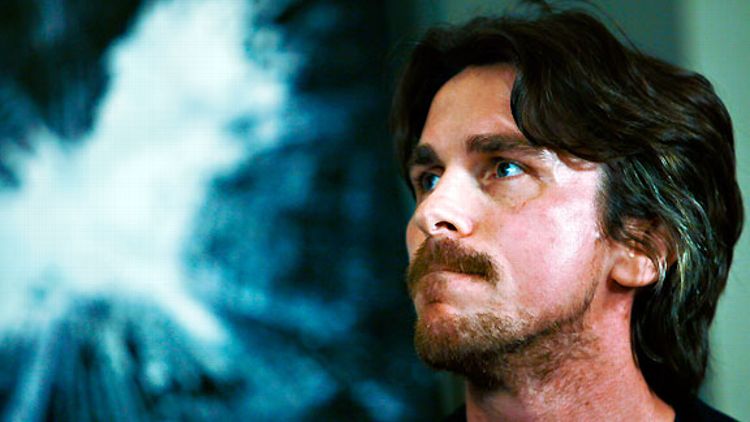 Terrence Malick is planning on following up his next movie — not May’s Tree of Life, which took him 30 years to make, but the Ben Affleck/Rachel McAdams one that’s already in post-production — with another mysterious, untitled feature that’ll will pair him with Christian Bale (with whom he worked on The New World). Also in contention for the project, which is said to feature a small cast dominated by its two leads, are Rooney Mara, Haley Bennet, Clemence Poesy, and Mia Wasikowska. Serious question: is Malick on that drug from Limitless? Grade: A [Twitch]

Showtime has orders in for three pilots: Gurland on Gurland, a “first-person documentary” from writer/director Andrew Gurland (Cheaters, The Virginity Hit); Masters of Sex, about sex researchers William Masters and Virginia Johnson; and Ray Donovan, a family dramedy about a “fixer” for L.A. power players with a troubled home life. Can’t wait for the crossover episodes! Grade: C+ [Variety]

The screenplay for Devil’s Knot, Atom Egoyan’s upcoming feature film on the West Memphis Three — the three men convicted, as teenagers, in the murders of three young children in 1993, despite no significant evidence — will be updated to reflect that (holy crap!) the three were finally freed on Friday thanks to newly discovered DNA evidence and some tricky legal maneuvering. The movie will be a $20 million independent production and has been described by Egoyan an ensemble drama. Grade: A [HR]

Helen Mirren will join Deadlocked, a drama in which she’ll play a secular Jewish British doctor whose daughter, a TV journalist, is killed in Gaza City; when Mirren investigates the death, she discovers her daughter was living a secret life. Safe to say the secret isn’t recreational taxidermy. Grade: B [HR]

Television director Brian Kirk (Game of Thrones, Boardwalk Empire) will take on Paper Wings, a rodeo drama being developed as a potential vehicle for Tom Cruise. Cruise would play a rodeo champ who falls in love with an up-and-coming country singer, and was apparently involved in the decision to hire Kirk, and will also be involved in the development of the screenplay. Hopefully there won’t be too much development, though, because the whole rodeo champ/country singer love thing sounds perfect as it is. Grade: C [Variety]

Ryan Reynold’s production company DarkFire has sold a high-school-set adult buddy comedy, starring Tyler Labine, to Fox. Labine better hope this takes off, because otherwise he’s in serious trouble of becoming “that dude who sneezed blood in Rise of the Planet of the Apes.” Grade: B [Deadline]