Can Aaron Paul Be a Movie Star? 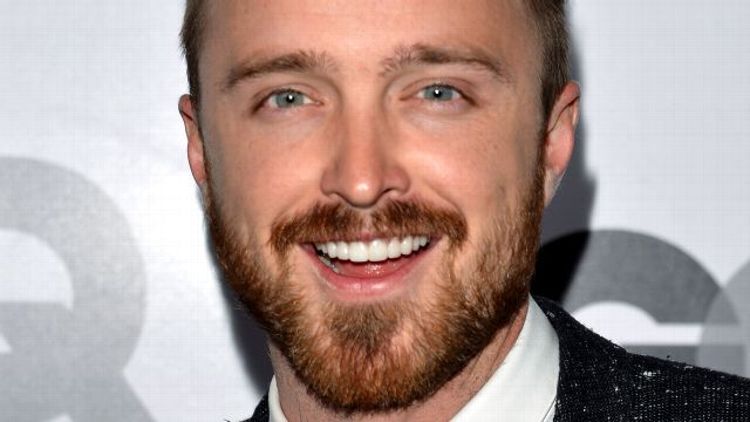 Sunday night, Jesse Pinkman sped away — from enslavement, from Walter White, from death, from us. His final shot was true existential exhilaration, a moment of freedom both concrete and abstract. But for Aaron Paul, it was a double escape. He was speeding off from television. One of the many commercial breaks brought the news that he was starring in a film called Need for Speed.

Excusing the actual movie (it’s based on the EA video game and looks like a ride-pimped conflation of Drive and the Fast & Furious franchise) and the jarring placement of its trailer, the whole thing raised an interesting question: Can Paul be any kind of movie star? His eyes are small, but they’re astonishingly blue. He doesn’t seem short in stature. He seems runty. And yet, on TV and at the movies, he’s one of those actors who’s best at emotional extremes. (Watch him in the alcoholism drama Smashed — his crackups were the best thing in the movie.) As Jesse, Paul’s talent for enraged suffering was everything, and it was played close enough to perfection. But that familiarity creates a dilemma. Will we ever be able to separate the character from the actor?

I don’t see this being a problem for, say, Bryan Cranston. One reason is simple. His years as Walter White were largely bald and goateed. The last batch of episodes had him shaggy and etiolated. Last month Cranston was on the cover of GQ, looking hale and happy and oh-so-handsome. The other, more obvious, reason is his pure talent. I’ve seen him in a handful of roles and nothing unified the performances except for the man giving them. He was even plausible as Julia Roberts’s deadbeat boyfriend/lover/husband in Larry Crowne. I don’t know if Cranston can do everything but, certainly, he can do a lot.

With Paul, you wonder. You hope. On Saturday Night Live, he didn’t seem entirely ready to say good-bye. He came out in Jesse’s tweaker uniform (wool cap, hoodie, “rawk”-print T-shirt) for the show’s opening sketch. It was a segment about the backhanded upsides of so-called Obamacare that made a quietly compelling case for not enforcing the Affordable Care Act: With it, there might have been no Breaking Bad. This was Paul doing the show’s fans a solid. Two days later, he seemed to have moved on. A thank-you and good-bye from himself to his character appeared on his Twitter account.

Jesse, I love you and you will always be a part of me. Thanks for the memories. Your friend, Aaron

Yes, Jesse was the lone survivor at the top of Heisenberg Industries, but Paul has to be serious about putting him to rest. It’s possible that Need for Speed will arrive after Breaking Bad mania has left our systems, that we’ll be ready to root for Paul to succeed as someone else. For one thing: We’re out of new, American movie stars. Why not Aaron Paul? But Need for Speed looks as if it has placed him in over his head again — which is to say it reeks of Jesse. Get this guy a musical or a romance or a Woody Allen movie. Get him a chance to smile. It’s possible Paul will have only a movie life of flunkies, second bananas, and hapless crooks, but there are millions of us eager for him to exceed those expectations. We’re eager for him to experiment with leading manhood.

The New Hobbit: The Desolation of Smaug Trailer: Please Plan Accordingly for the Big Dragon's Arrival