But I Want to Believe! Turning to Vince Gilligan’s Own Words to Debunk the Breaking Bad Finale ‘Dream Theory’ 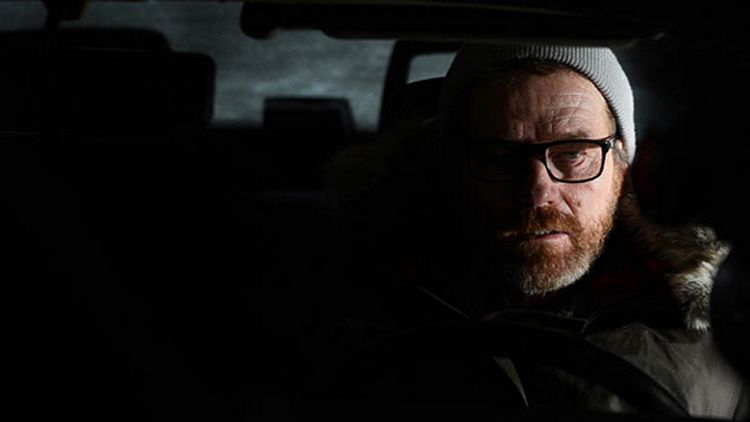 The final episode of Breaking Bad was an exhibition of mechanical precision that would have made the Germans at Madrigal Electromotive GmbH soil their Detlef Schrempf throwbacks. After countless thingamajigs had clicked and whirled, Walter White was afforded a best-case scenario in every possible way: His fortune was passed along to his family, his wife rewarded his admission of monstrous selfishness with an opportunity to stroke the hair of his infant daughter, all his enemies were perforated or poisoned, and his ruined protégé was liberated.

And the finale was riotously crowd-pleasing. Eyes welled as Walt watched his son for the last time. Cheers erupted as Jesse choked the life out of Todd, and again as Pinkman sped off with an animalistic howl. We nodded with acceptance as Walt expired in the steely arms of his beloved methamphetamine laboratory, a man of science who wrangled a hurricane of chaos into orderly form. It was the smoothest possible ending for a story pockmarked by grisliness.

For some viewers, however, there was a sticky feeling that Breaking Bad had concluded too cleanly. Oozing wounds were cauterized painlessly. For a show that ruthlessly argued that actions have toxic byproducts — a girl gargling on her own vomit leads to the skies spewing hunks of airplane fuselage — it felt like a moral code had been breached. And after so much speculation about the ending, there was strangely very little to discuss.

Thankfully, we have Breaking Bad dream theorists! Spearheaded by Norm Macdonald on Twitter (and piggybacking on New Yorker critic Emily Nussbaum’s musing that a dream would have been a more satisfying ending), advocates have pushed for an interpretation of “Felina” in which Walt dies in the snow-entombed car. Here, the keys falling from the overhead visor signal the beginning of a deathbed fantasy in which he solves all the riddles of the ravaged world he abandoned. And at the end, the police who swarm his body in the lab are actually the same ones who find him dead in the car.

But the police came in force, and they surrounded Walt's car. Then the fantasy begins with car keys falling in his lap.

One thing seems clear.He never made it out of that car in the snow, surrounded by police. That's where he died, his final prayer unanswered.

But Vince Gilligan, the creator of Breaking Bad, has spoken at length about the show’s resolution. There have been no hints of a sub-rosa story line. No winks, no nudges, no allusions to an alternative ending. He has compared the absolutism of the finale to the ambiguity of The Sopranos’ closing moments. “In some cases, unanswered questions are good,” he said during the Talking Bad recap. “This story was finite all along. It’s a story that starts at A and ends at Z. It’s a very closed-ended thing.” Yet questions about the last episode are still swirling. Surely we can dig through Gilligan’s commentary — including a sprawling two-hour podcast that was recorded before such theories emerged — to refute key spittle-flecked talking points from the wild-eyed Heisenberg truther contingency. Let’s see.

DREAM THEORY: After Walt gasps his prayer, the keys fall like a heavenly gift from the overhead visor — maybe the most clichéd place they could ever be found.

GILLIGAN: “The keys kind of magically appear … All of the sudden, lo and behold, the keys are there.”

Well, shit. We’re on to something already. Gilligan doesn’t seem like the type of guy for which “kind of magical” is an acceptable explanation for a critical occurrence. That would be like Walt’s recipe for meth asking for “a handful of methylamine to taste.”

The Luck of the Devil

DREAM THEORY: Walt repeatedly enters scenes like a phantom, unseen by others until he makes himself visible. This happens at the home of Gretchen and Elliot Schwartz, in Skyler’s new apartment, and in the coffee shop where Lydia and Todd are meeting.

GILLIGAN: “He’s sort of got the devil’s luck throughout this entire episode. He’s got someone looking out for him. And he’s praying to someone in that first teaser. I don’t know who he’s praying to.”

Ah, the fortune of Beelzebub! No wonder the most hunted man in America — and one suffering from debilitating cancer — can escape detection from an army of police who have learned that he returned to town. C’mon, the only fiftysomething man who can breezily glide undetected through solid walls is Mike Ehrmantraut. Still, maybe an evil man on his ultimate passage to hell could possess, you know, “THE DEVIL’S LUCK.”

DREAM THEORY: The song “El Paso” by Marty Robbins is meaningful. The cassette falls out of the glove compartment in the opening scene and the track plays when the car starts. The song’s femme fatale, Felina, was used as a title for the episode. (It is also an anagram for “finale,” but Gilligan admitted he fudged with the original character’s spelling.) And the common interpretation of the record is that the narrator is dying and hallucinating.

GILLIGAN ON THE MEANING OF THE RECORD: “He kills a man, flees town, and his love for [Felina] is so great that he has to ride back into town for her. And he gets killed on the way back — and I guess we knew that was more or less what was going to happen with Walt.”

So Gilligan is saying that Walt was killed “on the way back”? So it would follow, then, that he was fantasizing about reaching his destination? Hmm. Any other reasons the song was so prominent? Could it be worth mentioning that it was released in September 1959 — the same month and year in which Walter White was born?

GILLIGAN ON THE SONG’S SIGNIFICANCE: “I can’t remember — it just felt right.”

Gilligan, you coy bastard. Once you’ve adopted the notion that everything back in New Mexico was a fantasy, even his statements that seem to clearly refute the idea appear duplicitous.

GILLIGAN: “We wanted Walt to succeed on some level. It’s not that he deserves to succeed, morally speaking, and nonetheless you want it. He’s your protagonist. You don’t want it all to be for nothing.”

So he succeeds on some level. Argh, everything begins sounding as if couched in language referring to what we wanted to see and what Walt wanted. This is from an interview with Entertainment Weekly:

GILLIGAN: “Our gut told us that it would feel satisfying for Walt to at least begin to make amends for his life and for all the sadness and misery wrought upon his family and his friends … But at least he takes a few steps along that path. And I think more importantly for him than that is the fact that he accomplishes what he set out to accomplish way back in the first episode: He leaves his family just a ton of money.”

Sounds pretty straightforward. But then we’ve got phrases like “feel satisfying” and “more importantly for him.” At this point, anything short of Gilligan definitely stating “This dream theory stuff is totally wrong, bruh” isn’t going to dissuade adherents from viewing everything he says as cagey misdirection. And after reviewing certain scenes, here are other observations that may or may not have been posted elsewhere already.

Going forward, believers will argue the minutia of what Walt could have learned from newspaper clippings and what he could have conjured from the seat of his car. If he knew that Andrea had been murdered and that blue meth was still on the market, could he have assumed that Jesse was cooking under duress? How would he have known that Skyler had been visited by Todd’s goon squad? Did Walt, as others have suggested, really die when his wedding ring slipped off in the previous episode? It’s a goddamn writhing can of worms, man. After wiping my hands of the show on Sunday evening, I’m consumed by it again, scouring the web for evidence and texting fellow believers in the middle of the night with Byzantine theories.

Maybe we’re spiraling into an abyss of hallucinatory hypothesizing because we’re unable to accept that Breaking Bad is really dunzo. Still, Gilligan and his writing team are too clever and deliberate to leave a plentitude of clues lying around if they didn’t suspect such an interpretation could emerge. And considering his X-Files pedigree, it’s worth borrowing the show’s tagline: The truth is out there.

NBC's Fall Ratings: Playing It Safe, All the Way to the Bottom