Building a Mystery: Boards of Canada’s Promotional Mindf— and How to Like Things Now 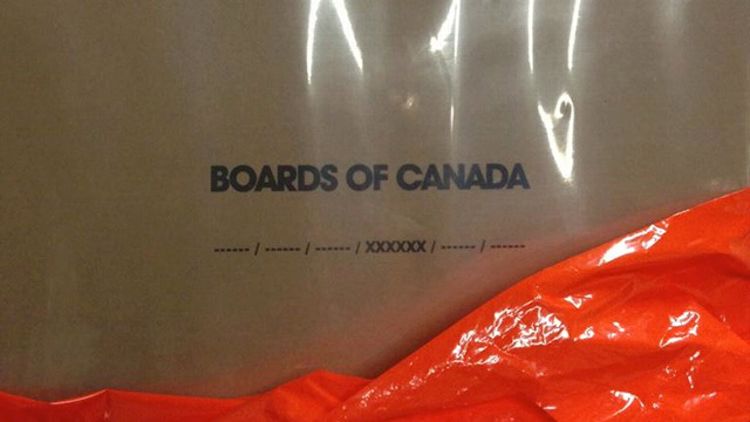 Do you like Boards of Canada? I feel like it’s a fair question to ask, considering that if you don’t, you may not care about any of the words in the first half of this article, and if you do, you may have to think for a second about the degree to which you like them, given the events of the last week. Boards of Canada are an electronic music duo that have been around since the mid ’90s. Their music is usually considered to be part of the ambient subgenre; I’ve described it to friends in the past as “trouble at the sushi bar” — deeply nostalgic analog-based downtempo jams that are reminiscent of an existential crisis or bad drug trip at Katsuya. If you’re the kind of person who likes Boards of Canada, you’ll know on first listen. It’s the kind of music that gets under your skin in ways that not many things can.

People who are into Boards of Canada tend to be … really into Boards of Canada. I consider myself one of those people, even though I don’t have an account at Twoism.org or Bocpages.org and you can’t find any of my early-aughts conspiracy theories on the Wayback machine. Both musically and peripherally, BoC have always had an air of auspiciousness to them; when their cult of followers started playing their records backward and found subliminal references to actual cults, it only supported what is now taken for granted: There is no such thing as an insignificant Boards of Canada track, sample, title, or numerical reference. So a couple of weekends ago, when rumors started circling the blogs about single-pressing BoC 12-inch singles surfacing at Record Store Day events around the world, the long-dormant superfan lighthouse fired up the generator, and people who had been waiting since 2006 (the last time the duo released any new material, the Trans Canada Highway EP) for a shared purpose around which to unite set out to track down those codes. Long story short: They did it, and Warp Records has now confirmed that Tomorrow’s Harvest, Boards of Canada’s fourth full-length album, is due on June 10, 2013. (Of course this date couldn’t escape scrutiny, either: “June 10 = 6/10 = Sixty Ten = 70 = The Smallest Weird Number,” one Stereogum commenter helpfully supplied for the novices in the room, in reference to BoC tracks of the same name, adding “Like seriously. BoC’s addiction to the numbers 6 and 70 are uncanny.” I would also point out that the numbers of the year 2013 add up to 6, which means the duo might have been numerologically obliged to release an album this year whether they wanted to or not.)

If all this is sounding a little familiar, you’re probably thinking of a similarly mysterious, yet much more high profile electronic music duo who haven’t put out an album since 2005. Beginning this March, with little to no warning, the rollout for Daft Punk’s fourth full-length, Random Access Memories, began via a conspiratorially controlled series of Easter egg–like bytes of information: a wordless SNL spot here, a surprise Coachella commercial there, a mesmerizing tracklist on Vine. None of this matches the brain-meltingly convoluted stunt that BoC pulled — though there’s still some eyebrow-raising mysticism to be found — but then, that wouldn’t necessarily align with what appears to be a pretty feel-good retro SoCal vibe going on with RAM (while Boards wouldn’t be Boards if you couldn’t listen to their music while reading vaguely paranoiac message board postings in a dark room at 4 in the morning). For the robophiliacs among us (again, guilty) it’s hard not to feel like we’re denizens of a resort town during high season — there are new Creators Project shorts to watch, new hidden dance interludes to link to — in short, there is work to be done.

Why is this fun, the Lost-ification of cultural marketing? As our lives begin to revolve more and more around the Internet’s steady drip of intel, content providers have responded by upping their output rate; we respond with unquestioning gratitude, and being a fan becomes less of a static state and more of a continual act of labor. This can at least be traced back to the dawning of the DVD extra — sure, it’s fun to listen to Spinal Tap riff in character over Spinal Tap, but at this point it is just assumed that if you like a movie, you also want to know everything about who made it and how. We would just sit back and enjoy the cultural entities that make us happy, but there’s always a strain of fandom that gravitates toward an institutionalization of all fun. That’s why there are conventions for Trekkers and marijuana connoisseurs, not just insurance salesmen, and all of them wear laminated nametags.

You could just say that marketers are finally realizing social media is a great platform for the timeless appeal of a good mystery, but it’s really the work we’re in love with. The great joke about Room 237, the conspiracy meta-film about Stanley Kubrick’s The Shining was that, while there was a healthy share of harebrained theories, the rest weren’t conspiracies so much as just very attentive readings of the film’s actual visual and narrative motifs — the kind of stuff any undergraduate film student learns how to look for. The hook, for both the film’s subjects and prospective viewers, was that they were digging into secrets and coded meanings, working to “solve” The Shining rather than just watch it like some kind of sucker. For a certain kind of superfan, there’s an urge to feel as if you’re subverting the media you profess to admire, beating it at its own game. That’s the entirety of what spoiler culture is about; perhaps if we read enough blogs and follow the right people on Twitter, we can know what’s coming on our favorite show before it happens, and therefore be the best at liking it. One would think this would be the kind of thing networks would try to stifle, but they’re smart enough to know that if they leave a few crumbs out, the ants will keep coming back. Maybe they’ll even line up.

As long as there are people with Internet connections and time on their hands, this is a trend I don’t think is going anywhere for a while — writers and commenters have been talking about the Tomorrow’s Harvest rollout as if it is a piece of entertainment in itself (“What a fantastic week and a bit that has been!” came the review from one Twoism member). To answer my own question at the top, yes, I like Boards of Canada, but the fact that I was merely a spectator in last week’s goose chase makes me worry that the way I like art soon may not be considered the most optimal way to like it. Or maybe the number munchers and pattern-seekers are the Internet equivalent of the diehards moshing in front of the stage at a show (not a BoC show, probably) while the avid-to-casual fans sit at the bar and enjoy the atmosphere they help create. I think as different artists try their hand at this kind of puzzle building, whether extra- or contextual to their work, we’ll find that not everyone will be able to do it well or make anybody care about whatever they’re promoting, but if anyone’s allowed a little rabbit-hole digging, it’s Boards, whose entire identity has been largely built on this kind of evocative mythologizing.

But I already have a favorite promotional mystery, and it’s a bit of an oldie, relatively speaking. Back in early 2010, a creepy, gorgeous series of anonymous YouTube videos featuring a blonde woman wrapped in tape hit the web, and their coded titles and seemingly significant animal imagery started inviting all kinds of conjectures as to who was behind them. Bjork? Not weird enough. Gaga? Too obvious. Christina Aguilera? Oh my god, please please let it be Christina. The hype grew, and no answers came; the hype dissipated, and eventually, when nobody was watching anymore, the mystery songstress was revealed to be … someone named Jonna Lee? For those of us who were still paying attention, the reveal somehow made all the previous material, so exciting at the time, suddenly lose its sparkle. One couldn’t help but wish we could go back to when the mystery was still a mystery.