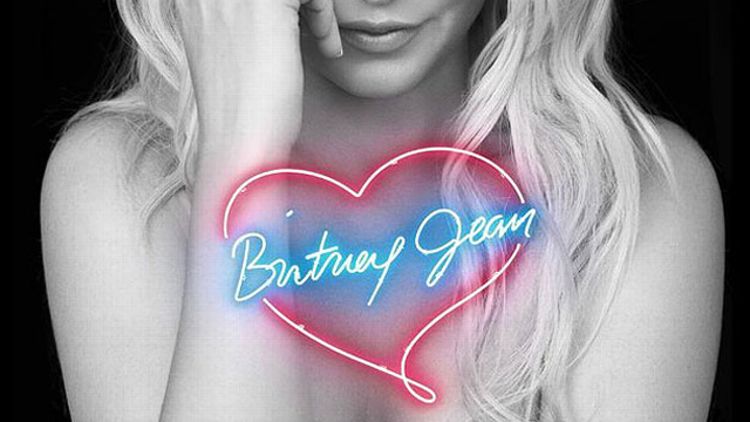 Imagine you are gathered around the table with your whole family at Thanksgiving. In front of you is a beautiful turkey, perfectly dressed, golden brown with crispy skin. It smells delicious, and everyone is excited as you cut into it with a large knife. Yet as you slice in, instead of perfectly moist turkey meat there is a snap as sawdust explodes out of the bird. That’s when you collectively realize it was never a real bird to begin with. It was a prop all along, glazed with paint and scented with perfume. Britney Spears fans were expecting a feast for Thanksgiving, and what we got is well, a turkey, hollow and full of pulverized wood stuffing. Bathed in the watery gravy of contractual obligation, Britney’s eighth album, allegedly the last required by her original contract with Jive Records (now RCA), sets up her Las Vegas residency but does little else. Save a couple tracks, Britney Jean (officially releasing Tuesday, but now streaming on iTunes) doesn’t push pop music forward the way we’ve become accustomed to Britney albums doing. Nor does it fulfill the campaign promise of being “Britney’s most personal album to date.” It feels more like a potluck where nobody remembered to bring an entrée. So instead there are dibs and dabs, odds and ends, interesting ideas that go nowhere and bad ideas that are so crappy they’re almost amazing.

There are still some highs, and at her best Britney remains the unsurpassed queen of pop intonations, but there’s too much filler here for an album that clocks in at a brief 36 minutes. I have no problem with short albums, when they are lean and satisfying. Britney Jean has too much Auto-Tune, too many generic beats. It lags behind Bangerz for musical progressiveness and Artpop for 4/4 stompers. The previously leaked “Alien” and “Perfume” are the highlights. “Work Bitch” becomes boring every time Britney is not sing-talking in her British accent. It’s not hard to find the culprit: Will.i.am, who executive produced Britney Jean and marks his territory with ideas recycled from the last wave of European EDM, particularly the bleepy big-room house sound popularized by the Dutch. Enlisted producers include Nicky Romero, Swedish House Mafia, and the omnipresent David Guetta. “It Should Be Easy” is nearly half Will.i.am vocals, lending credence to the theory that the Will.i.am songs on this album are essentially demos for random artists that happen to have Britney plugged in, rather than songs explicitly crafted for an artist who normally is in the vanguard for pop songs.

Diplo crafts a romantic Siouxsieish beat for “Passenger,” only to have it dampened by Sia and Katy Perry’s lyrics, which employ the same “Jesus/John Mayer take the wheel” themes of Perry’s Prism. Nobody wants to hear a female pop star sing an anthem about letting your boyfriend drive. It’s a particularly strange message coming from Britney, whose assets have been legally controlled under a conservatorship by her father, and then ex-boyfriend Jason Trawick, since 2008. “Passenger” is basically about some dude grabbing the keys out of your hand and making you ride shotgun while he decides where you’ll be going. While it’s meant to be an uplifting message about letting go of control, it still sounds more than a little bit like a Stepford wife with Stockholm syndrome warming to her captors. It becomes instantly better when I pretend it’s about Britney as Patty Hearst.

While “It Should Be Easy” and “'Til It’s Gone” are bad because of their predictable EDM breakdowns, “Chillin’ With You” is an accidentally hilarious highlight. Britney duets with her sister Jamie Lynn, with Britney singing “I drank some red wine and now I’m walking on the sky” over an earnest guitar track. It feels like it was written in another language and translated into English. It attempts to combine trance breakdowns with corny coffee shop folk, and it’s so dumb it basically works. It’s an instant camp classic that is impossible to forget, on an album filled with songs that commit the unforgivable pop offense of being boring. Album closer “Don’t Cry” is a genuine highlight, somehow combining production from a guy in Foster the People with that of Richard “Humpty” Vission, and it hints at the album’s unfulfilled promise. A Britney Jean stuffed with weird collaborations and sonic experiments could have been interesting, but the album just feels too short and half-assed.

I did not side-eye Will.i.am’s involvement at first, because I am a big fan of Kelis’s Flesh Tone, which he also helped shepherd into being. But he also produced only one song on Flesh, and while his level of involvement on each individual song here is up for debate, there is a definite cut and paste “Boom Boom Pow” feel to Britney Jean’s lowlights. The album’s middle tier — “Tik Tik Boom” and “Body Ache” — is not particularly bad, but it’s not good enough nor memorable enough to qualify as great Britney songs. William Orbit’s “Alien” remains my personal favorite, but the studio version is slightly inferior to the leaked demo version, due to one small note change that makes it that much less melancholy. Our hope that Orbit might create a new age of Britney lives on through “Alien.” He seems to be one of the only producers on the album who understood what the through line was supposed to be.

We had been hoping for a moody Britney, a maturing Britney, a Ray of Light Britney, and instead we got served an album that feels like it was dashed off thoughtlessly in time for the holidays so everyone could go home early and cash their checks. Since this might be Brit’s last album on contract, it’s possible we won’t get a new album from Ms. Spears for a while. She’s barely promoted Britney Jean, and her Vegas residency seems like someone else’s idea she got forced into. If Britney wants to retire, we would like her to retire at the top of her game. We’d like a whole Britney album organized by Orbit, Diplo, or Danja (whose absence is really glaring on Britney Jean). Instead we got an array of half-baked sides with only a few slices of juicy ham, leaving you starved for more. It’s not Britney’s fault you showed up so hungry after Artpop, Prism, and Bangerz failed to leave you full. So if you still need more to eat after Britney Jean fails to satisfy? You better cook, bitch.