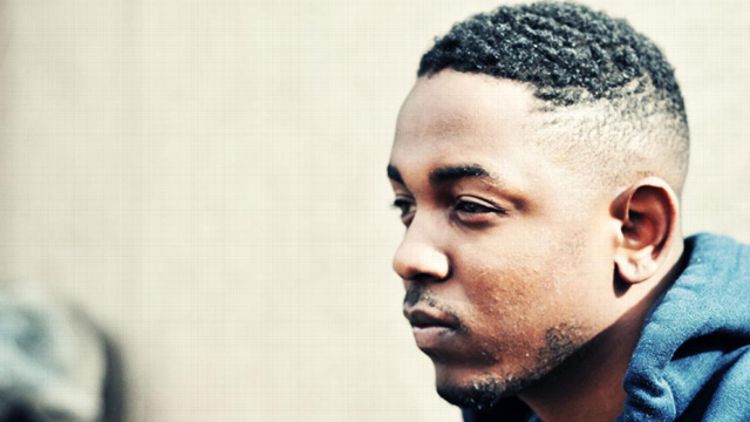 Driving around L.A., your mind wanders. A life spent on the East Coast and an adulthood tucked into New York’s rolling steel transportation boxes can make you forget what music is capable of in a car. Rap from the West Coast — rider music — reminds you of this more than anything. Kendrick Lamar has been reminding me lately. His major-label debut, good kid, m.a.a.d. city, is out today and it is as worthy a successor to Doggystyle or All Eyez on Me or Quik Is the Name or 93 Till Infinity as anything in decades. But Kendrick Lamar has little in common with his forebears, almost no resemblance to his heroes, and not a single thing shared with his contemporaries. Like Marvin Hamlisch meets Marvin Hagler meets Marvin the Martian, Lamar is an interstellar traveler prone to fits of rage. His voice rises and dives down, melodically punching through tracks, then transforming into something pinched and nerdy, only to morph again into a roaring growl. On “Gimme the Loot,” the Notorious B.I.G. famously rapped in the voice of two characters — one his gruff baritone, the other a yelping accomplice. Kendrick does him five or six better, modulating his voice into bends and twists, pulling his vocal cords like taffy across verses and bridges. He is several people at once, anguished and joyful and vicious. (Watch him contort his voice on Late Night With Jimmy Fallon last month.) Good kid is a technical wonder, and the best-rapped album you’re liable to hear this year. And that’s not even the reason you should listen to it.

Born in Compton, Lamar, 25, grew up in the heart of gangland America. When Boyz n the Hood was released, he was 3 years old. That’s about the same age he was in the Polaroid photo that serves as the album cover for good kid. Three-year-old Lamar is seated on his uncle’s lap. There is a 40-ounce and a baby bottle on the table. His uncle has his wrist squeezed inside the crook of Lamar’s small arm, and his hand is curved into the Crips’ iconic “C” symbol. His grandfather sits beside them slightly zonked. Lamar’s father was a member of Chicago’s notorious Gangster Disciples, but fled to L.A. to escape that life. Of course, he landed in Compton, and Lamar’s childhood was characterized by guns, crack, anger, and fear. He never partook in and is adamantly opposed to the life, but, surrounded by it, is empathetic to its trappings. It’s a jarring theme on the album — I can’t remember the last time I experienced a piece of art about the experience of being within and without something so desperately. Illmatic? The Third Man? The Great Gatsby? I’m only half kidding. If half.

Last Wednesday night Lamar played two consecutive shows at L.A. Live’s Nokia Theatre, and by the look of things, you’d have thought 2Pac was alive and rapping straight from a hot tub. Judging enthusiasm from crowd noise at a team’s home base is always a mistake, but L.A. was uniquely keyed up for Lamar, the most legitimate contender for Best Young Rapper the coast has had since … well … yeah. It’s been a long time. His stage design featured a Compton row house with a working door. At various points of the night, across two sets, Big Sean, friend and fellow Comptonite Game, T.I., and finally Dr. Dre — looking happy and thick, if not hulking — walked through that door. These were typical homecoming power moves, about clout as much as music. It was an unlikely procession for Lamar, an earnest and quiet person who has long been signed to the small L.A.-based Top Dawg Entertainment. It’s home to his Black Hippy quartet, a collective composed of ScHoolboy Q, Ab-Soul, Jay Rock, and Lamar. Earlier this year, Top Dawg and its members agreed to a deal with Interscope Records and Dre’s Aftermath imprint. It has been six years since Aftermath released a non-Eminem or 50 Cent album and nine and a half since it broke an artist. In the context of one-time kingmaker Dr. Dre’s track record, this deal and the actual, non-stalled, in-stores-we-swear release of good kid amounts to a music industry miracle. (Ask King Tee, Hittman, RBX, Rakim, Stat Quo, The Last Emperor, Joell Ortiz, Bishop Lamont, or any of the myriad artists that Dre has signed and benched to eternity about the label’s developmental history.)

But today it is out and that is doubly fascinating. Because while good kid is deep and thoughtful and a bellyful to digest, a cerebral stew of an album with roots in early West Coast skater rap, Southern mental swerve, and Rawkus-era “consciousness,” it ain’t always easy. To borrow an overused phrase, this is a difficult album, particularly when you consider the stakes and the machinery in place to make it happen. There are lessons, and tension, and still plenty of chances to ride out here — hell, Drake shows up on “Poetic Justice” to rap “I mean I write poems in these songs, dedicated to the fun sex / Your natural hair and your soft skin, and your big ass in that sundress (ooh!).” Still, there’s an oddness; it’s an album for people who like listening to albums.

Congratulations to Kendrick. Incredible body of work. Honored to be a part of it.

In an excited, mostly all-caps e-mail exchange about the album with a friend, I received a one-word correspondence: AQUEMINI. That’s the hazed, dazed, dazzling 1998 OutKast record. It’s a useful comparison. Only there is no “Rosa Parks” here. good kid, for all its reaching intentions and Buddha-ish posture and detail-driven quality, has stuck to a rigid blueprint. Songs are long, with few choruses. Young producers like Sounwave, THC, Scoop DeVille, and Tabu have created unlikely omnibus music for him. Meaning is shaded. The stories are gripping, but not flashy. (The song “Cartoons & Cereal,” a tour de force of nostalgia and paranoia featuring the bruising madman Gunplay, is like an alien transmission straight from a dying star. It might be the rap song of the year — it didn’t even make the cut.) Dre appears on two songs, the hypnotizing first single, “The Recipe” (cash and prizes for anyone who had Twin Sister in the indie-rock sampling pool), and the booming but inert “Compton.” It’s a rare miss, exacerbated by what surrounds it.

Last year, Lamar showed up on Drake’s Take Care for the confounding “Buried Alive Interlude,” which was appended to the hit “Marvins Room” — that sequencing choice seemed to imply, Stick around, listen to this weird guy, you might like him. It worked, too. He may be a new national quantity, but Lamar has been releasing mixtapes since he was 16. He’s released more than 200 songs already, including 16 on last year’s Section.80, a preachy but sometimes breathtaking allegorical album. Lamar is obsessed with addiction and weakness, rapping there and elsewhere as hauntingly about alcoholism — with mild justification — as any artist since Mobb Deep. “Swimming Pools (Drank),” his modest current hit, is at no. 14 on the Rap and R&B Billboard charts. It’s a song about that very thing, getting trapped in the cycle of dependency: fun, fun, sleep, pain, regret. Rinse, repeat. But what is most arresting about Lamar is the way he’ll open a vein in public. “Black Boy Fly” kills me, and it’s just a bonus track. The first verse is dedicated to, of all people, Orlando Magic guard Arron Afflalo, a schoolmate of Lamar’s at Centennial High in Compton (that’s where Dre went, too).

I used to be jealous of Arron Afflalo
He was the one to follow
He was the only leader for seeing brighter tomorrows
He would live in the gym
We was living in sorrow
Total envy of him
He made a dream become a reality
Actually making it possible to swim
He way out of Compton with further more to accomplish
Graduate with honors, a sponsor of basketball scholars
It’s 2004 and I’m watching him score 30
Remember vividly how them victory points had hurt me
Cause every basket was a reaction or a reminder
That we was just moving backwards

This is unlikely hero worship, and a genuinely positive message; an inch saccharine, but no less affecting. (And, really, who wouldn’t look up to Arron Afflalo?) And through it all, I find it hard to believe this is a real album on Aftermath, supported by the likes of T.I. and Dr. Dre and Big Sean (sigh), boosted by Los Angeles in a rare show of enthusiasm, and soon to act as the antidote to Red, the album Taylor Swift will also release today. Your choice here is simple. Go West, young (wo)man.