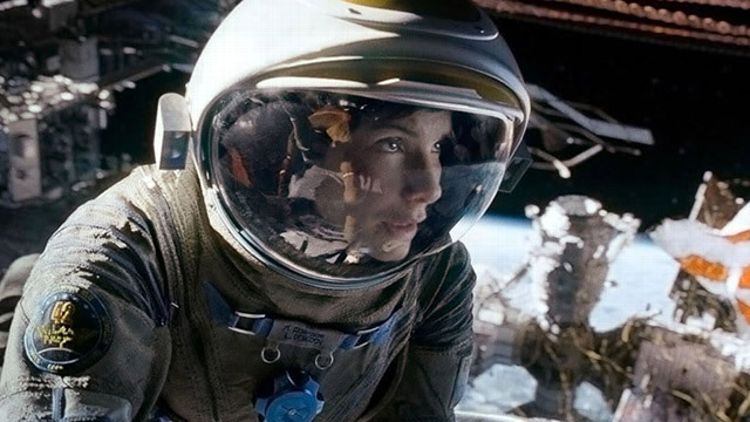 Alfonso Cuarón’s weekend-movie-contest winning streak is untouchable right now. Gravity isn’t just stronger than Tom Hanks anymore — it’s stronger than Hanks, Carrie White, and two crusty, modestly beloved sexagenarians all combined. The film is by no means free-falling, either, having launched to $55 million, eased down to $44 million for the second weekend, then coasted to this week’s strong showing. Worldwide, Gravity’s take is nearing $300 million. This movie’s success becomes better and better news for fans of original, non-franchised fare made by real-life auteurs who make outer space seem super-realistic and spooky

I know Captain Phillips is serious and tense and awards bait–y and everything, but I hear a jaunty, made-up song in my head every time I read the name. Which pairs well with the fact that Paul Greengrass’s new one is still chugging along. Cap’n Phillips — ooooh yeah! Cap’n Phillips, yeah yeah yeah!

You take a story that’s familiar to everyone, you show the bucket of pig’s blood in the trailer, and they’re all gonna laugh at you. That’s it. Even with the Halloween playing field devoid of horror movies, Carrie is off to a bad start that’s only going to get worse. The always-busy Chloë Grace Moretz will be fine; let’s hope the same for Kimberly Peirce, who, prior to Carrie, hadn’t stepped behind the camera since 2008’s Stop-Loss — and that one came nine years after Boys Don’t Cry.

“I got this idea! Arnold and Sly, right when all the Oscar movies are coming out, pull out all the stops, maybe blow some shit up!” said a person being listened to by another person. Now the movie that cost somewhere between $50 million and $70 million to make has debuted to the embarrassingly low box office it was always bound for. Maybe this had a shot before The Expendables, but c’mon.

The favorite kids’ movie of fall 2013 is getting close to the $100 million mark; it’ll probably reach it before Free Birds busts onto the scene.

The Julian Assange biopic starring Benedict Cumberbatch isn’t playing in the widest release — showing at 1,769 theaters — but the per-screen average “was under $1,000, meaning each location played nearly empty,” Deadline writes. The Hollywood Reporter has an even blunter way of putting it: “the worst opening of the year so far for a movie opening in more than 1,500 theaters.”

The Best of Grantland Pop Culture Podcast: Parenthood, The Mindy Project, Eastbound & Down, and the Kanye-Kimmel Feud