Why We Need ‘Black Mirror’ Now More Than Ever 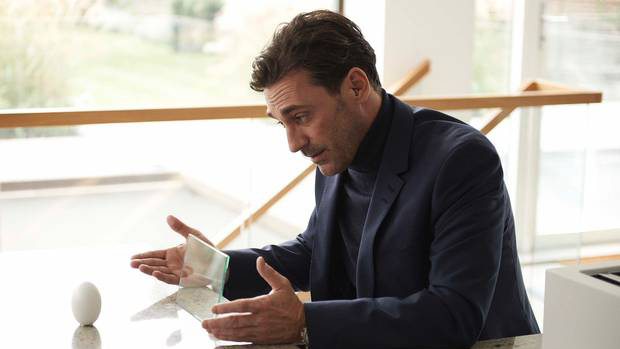 Although the British television show Black Mirror premiered almost three years ago on Channel 4, the series landed on one of the world’s favorite TV-bingeing oases, Netflix, only this month. If there was ever a television program for mainstream American audiences to feel truly left out on, here it was. The Charlie Brooker–created anthology series — which returns with a 90-minute Christmas-themed special, airing Tuesday in England and Christmas night on DirecTV — delves into the darker side of technology in a way that will make you feel guilty for even watching it. But the fandom and praise for Black Mirror indicate we need more television and movies about the dangers of contemporary and future technology, now more than ever.

When Black Mirror made its way to easy online streaming, the show’s die-hard fans shouted in a particularly Black Mirror fashion from their Twitter feeds, blogs, and other dark corners of the Internet, imploring newcomers to watch. Now, “black mirror” might as well be shorthand for the world’s own dismal scrolling and snapping behavior. These past few years have seen the Internet in some of its darkest days. Facebook profiles of the dead linger like digital memorials. Young women have videos of their rapes shared across platforms, their pain mocked on Twitter by strangers. People commit suicide online while others gather to watch. The denizens of 4chan and Anonymous band together to take down any Internet user whom they deem fit to attack. And even when the killing of a man is recorded, uploaded, and shared, the justice system turns a blind eye. Black Mirror appearing again on our own laptops feels like a pop culture ghost coming back to wag a finger at our present. It’s also a warning about our future.

Black Mirror is at its most disturbing when the stories being told feel like they are a keyboard click away. The first episode, “The National Anthem,” centers on Britain’s prime minister and a kidnapped royal princess. Her hostage’s request? The prime minister must have sex with a pig on live TV. The episode might as well be set in our present, shining a revealing spotlight on how we use social media and YouTube to keep up with the most grotesque news.

In other episodes, technology is warped dramatically. In “Be Right Back,” a woman resurrects her dead husband via a program that uses his online data. In “The Entire History of You,” the universal ability to watch all of your memories like a videotape tortures a man who suspects his wife of cheating. Black Mirror deserves its Twilight Zone comparisons, not solely because of its sci-fi-tinged subject matter or anthologized form, but also because Brooker’s show understands that no matter how refined our technology may be, humans can be sad, sickening specimens. We lie and we cheat. We can’t look away from a person in pain. Sometimes we want our own happiness to last forever, even if it lasts on immoral terms.

What does it say about Black Mirror’s success if its scenarios aren’t so far from what we experience now? Perhaps that we’re more disturbing than we want to admit, and it’s not going to get any better. Hollywood churns out sci-fi narratives about what our future will look like, always set far ahead of us — or far enough away to make the worlds of Snowpiercer, Divergent, and Elysium seem as fantastically barren as possible. Even films like The Hunger Games, which is ultimately about rebelling against a deathly reality TV show competition, keep Earth as we know it unrecognizable, coded with complicated new species, districts, and histories.

Black Mirror’s “Fifteen Million Merits” episode, a story about humans who power an unnamed source by riding on exercise bikes, and who can escape their enslavement only by appearing on a tacky X Factor–type show, falls flat among the show’s other segments for this reason. Black Mirror cuts deepest when viewers feel literally at home in its scenarios. Sure, humans will pine for natural resources in the distant future, but they will always want access to the secrets, pain, and love of other humans. For as long as the Orwellian Big Brother has existed, surveillance narratives have woven themselves into dystopian cultural products. But Big Brother’s eyes got tired a long time ago, leaving our own to take over, glued to the screens of our many feeds.

Sometimes the most disturbing piece of sci-fi tech a film or show can offer is not a robot or an organ-harvesting clone, but the iPhone in the palm of your hand. Black Mirror has proven this. Maybe it’s time the rest of sci-fi media catch up. Of course, some films in the past decade or so have explored the plausible dangers of technology. 2002’s Minority Report tinkered with a future in which law enforcement can predict crimes before they happen, 2005’s Hard Candy was a vigilante story in a post–To Catch a Predator age, the demented VHS tape of The Ring brought the deadly phone calls, and the computer heartbreak in last year’s Her, which echoes Black Mirror’s “Be Right Back,” felt like a long time coming.

There are a wealth of dystopian-tinged sci-fi stories to tell about what humanity will do with technology and the Internet that don’t involve death matches, complicated robotics, and wide shots of desecrated monuments buried under sand. Considering we use our cell phones, our computers, and our social media accounts every day of our lives, movies and television shows about how these things can turn on us should soon become the norm and not the exception.

Hazel Cills (@hazelcills) is a writer living in New York who has written for Rookie, BuzzFeed, Pitchfork, and more.