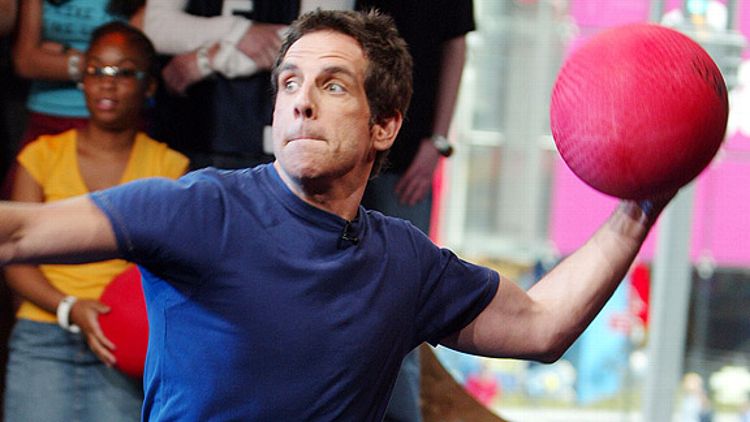 Ben Stiller will star in Rentaghost, a remake of the 1970s BBC show of the same name. Thomas Lennon and Robert Ben Garant will adapt the series, which revolved around a newly dead 27-year-old who, aiming to be more productive while no longer living, starts a ghost rental agency for the non-dead. British ghosts: so well-intentioned! Grade: B [Showblitz]

Renee Zellweger will co-write and produce a show for Lifetime loosely based on her own background as a small-town Texas girl moving to Hollywood. It’s called Cinnamon Girl, and it’ll revolve around four female characters maturing and stuff in the late sixties in L.A. Unless it turns out Zellweger secretly punched up the script for Empire Records, we will remain skeptical of this project. Grade: C+ [HR]

Renee’s not the only one getting a questionable project loosely based on her life! Ashley Tisdale, of High School Musical, has signed on to Under Construction, a multi-camera ABC comedy about a young lady “forced to move back home while her father renovates her recently purchased ‘money pit’ along with her life.” Oh, life renovations: They are the mostly costly kind, are they not, Ashley Tisdale? Grade: C [HR]

Wait, wait, wait: We got one more show based on a real person you’ve probably heard of! ABC is developing a series called Fin about a David Blaine-like guy who is enlisted into a covert government sting. For the record, David Blaine is not actually involved in the show in any way. ABC reportedly did reach out to him, but was rebuffed because at the time the master illusionist was living inside a giant wheel of cheese or whatever. Grade: C [HR]

John Singleton is now in talks to direct the Tupac biopic. Singleton, who directed ‘Pac in Poetic Justice, would fill the role vacated by Antoine Fuqua, who apparently left the project after being unable to find a suitable lead actor. John was also swirling around the gestating NWA biopic, but the studio, New Line, wanted to see how fellow directorial candidate Craig Brewer’s new movie Footloose did before making any decisions. Confused? Focus on the essentials: They’re actually making a Tupac and an NWA movie. Grade: B+ [Vulture]

The CW has purchased a show, Trending, from executive producer Katherine Heigl. The series is inspired by Cynthia Langston’s book Bi-Coastal Babe, apparently a Heigl household favorite, about a 26-year-old who predicts trends for big corporations but … WAIT FOR IT … “finds it difficult to predict the trends in her love life.” Perfect. Just … just perfect. Grade: D [Deadline]

Midway through its second, Boardwalk Empire has been picked up for a third season. “Following a triumphant first season, I was eager to see what Terry Winter, Martin Scorsese and the rest of their stellar team had in store, and they continue to surpass our highest expectations,” said HBO president Michael Lombardo. “Also, we are already way too invested in fake old-timey mustaches to back out now,” he did not add. Grade: B+ [Deadline]