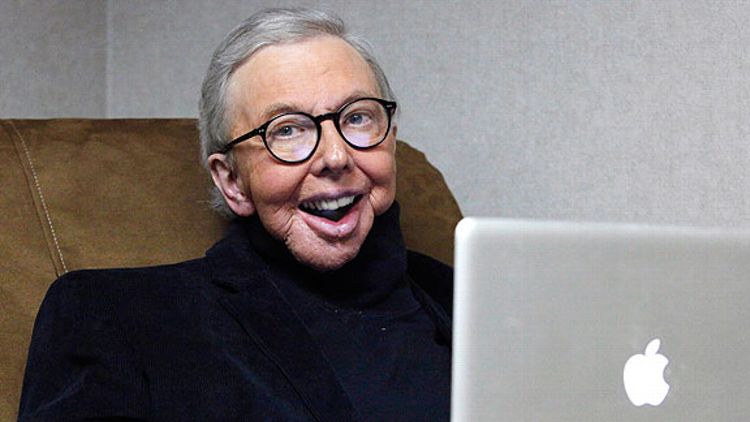 I wasn’t quite sure what to expect from last night’s TimesTalk with Roger Ebert at the TimesCenter in New York. Of course, one notable about an Ebert talk is the fact Roger Ebert can no longer speak.

So on one hand you have a Pulitzer-winning film critic with over forty years experience in the business, an author of some fifteen books including the just-published memoir Life Itself, a man treated to a video with friends like Clint (Eastwood), Marty (Scorsese), Steven (Spielberg) (they played a “Congratulations” clip celebrating Ebert’s honorary membership in the Director’s Guild). If Twitter’s your thing, he has over 500,000 followers. If the new Facebook is the future, few “Timelines” would be better: From dinners with Pauline Kael, to co-writing with Russ Meyer, to dates with Oprah, to innovating in television film criticism with Gene Siskel, to his recent battles with cancer, this is what a full life looks like, online and off.

On the other hand, any of the typical benefits of an in-person experience were left on the cutting room floor. For all the decades of film experience in attendance (Times film critic A.O. Scott, who hosted the talk, estimated that Ebert’s watched 400,000 films over the years), a fluid conversation about the state of cinema was not happening. The long silences as Ebert typed his responses were awkward. The casual jokes and one-liners lacked timing. There was little live-action spontaneity of the moment. And a hearty Q&A with a smart and invested crowd was impossible to pull off. The friend I was with remarked that, without the pretense of a discussion, they could have fielded twice as many questions in the allotted 90 minutes.

If you haven’t been following the Ebert narrative, or read the Esquire piece, or digested his tweets and autobio-style reviews, then there were things to learn: About how losing his physical voice has energized his inner voice. How he’s never been a better writer. How blogging and social media are his new reality. How he considers 3D movies an abomination. And doesn’t think of video games as art. But these have been talking points on the subject of Roger Ebert for the last year or two. And they are all nuggets more comprehensively consumed in the much-praised and excerpted memoir.

But for all these incongruities, there was a life-affirming resonance to seeing Ebert live. Roger doesn’t believe in an afterlife (“I believe I came from the void, and will return to the void”), and yet the TimesTalk felt like church. The silences were long, but somehow worth it. The crowd was never bored — perhaps a little fidgety at times — but mostly entranced, enraptured. And not by the stilted conversation, but by his presence. The truth about life that he so singularly represents. He is a legend. An innovator. And now a jarring physical presence. He doesn’t pull punches. He seems genuine and happy. And in being such a transparent prism of life’s full range of colors he frees up the inner cornball you might not ever let speak unless your vocal chords were ravaged by cancer and you survived and somehow found yourself still full of joy.