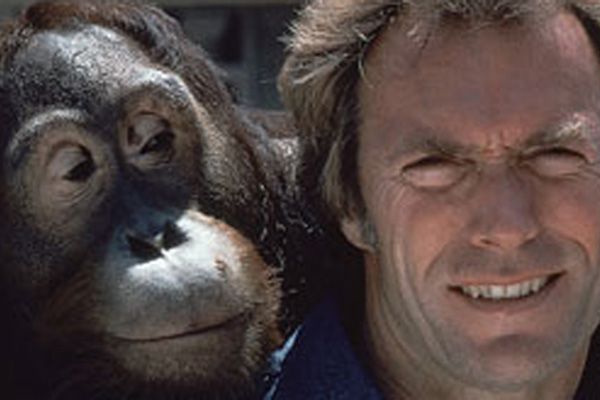 There’s a nugget buried deep within today’s THR interview with Mike Darnell, the Fox reality-TV mastermind who brought us such civilization-ending classics as The Swan, Moment of Truth, and Let’s See Which Fifth Grader Lasts Longest Wearing a Basket of Hungry Cobras on His Head, that hints at a better world than the one in which we live, one where two rejected pitches were green-lit, ran for 10 cycles, and revolutionized semi-scripted television as we know it:

THR: You’ve been doing this a long time. What’s the wackiest pitch you’ve ever received?
Darnell: It was called I’ve Got a Monkey on My Back. I thought it was drug-related, but that’s not what it was. It literally was about people having a monkey on their back as they raced across the country. We got one for Big Brother with puppets, too. They’d either vote for the person or the puppet to be out every week.

The I’ve Got a Monkey on My Back producers were obviously thinking too small. When Darnell asked them, “Can everyone be on drugs?” the answer was, of course, “This suitcase is full of heroin. What do you think?” As for Me or the Puppet?, well, it’s never too late to bolster the summer lineup with yet another BB clone. And it should go without saying that the puppets, perhaps to cope with the creeping pressure of having their constant lovemaking recorded by all-seeing night-vision cameras, will also be on drugs.