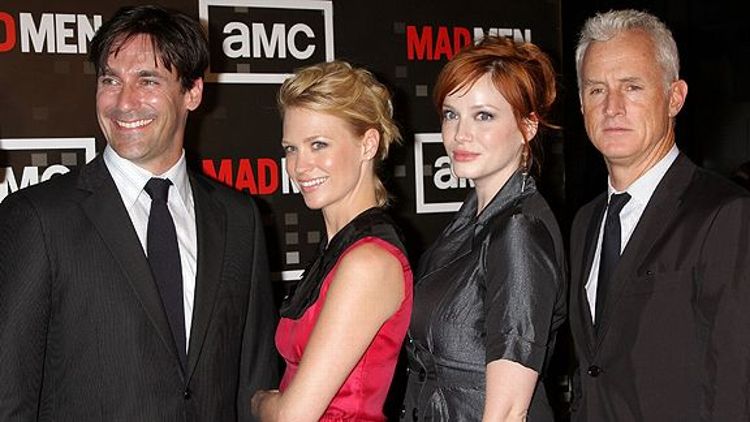 If there’s one thing AMC’s slate of prestigious dramas generates it’s conversation. (Also: fury, frustration, and rampant capitalism.) And so it makes a small amount of sense that Vulture is reporting the network is considering launching its own in-house talk show, a la Andy Cohen’s self-perpetuating gabfest on Bravo. A pilot was apparently shot last week with Chris Hardwick hosting.

The potential problem here isn’t lack of material — one errant look from Don Draper can spawn more rampaging opinions than a zombie virus begets zombies — it’s more nuts and bolts. For one, Cohen is the great lord Oz of a legion of network-created flying monkeys, all of whom are contractually obligated to down vodka spritzers and scandalously kibbitz with their puppetmaster live on air. Bryan Cranston, for example, has better things to do. So forgive us if we’re not all that thrilled at the thought of watching Hardwick moderate a no-punches-pulled debate between the estimable Mo Ryan, say, and the dude who plays Skinny Pete.

Furthermore, it’s tough to imagine longterm success for a program that will change so drastically from season to season. There’s a restaurant here in New York that switches its name, menu and décor four times a year; this proposed AMC talk show would drop precipitously from the hopeful spring of Mad Men into the endless, freezing winter of The Killing. Can you imagine the episode following the second season premiere, in which Rosie Larsen is revealed to be alive — and happily crushing Cab Franc grapes in Sonoma with Linden’s sketchy fiancé? Showrunner Veena Sud — emboldened, no doubt, by the free-flowing Sterling Cooper Draper Pryce Absolut-sponsored open bar — staring imperiously at her critics, calling the assembled crowd “simpletons” and sparking an audience riot of the type not seen since the heyday of GG Allin? No, better to leave the instant reaction and liquor-fueled snark to the professionals on the Internet. Out here in cyberspace, network executives can’t hear us scream.