This Is 40, Knocked Up: Amazon’s ‘Catastrophe’ Is Funny, True, and the Best New Comedy of the Year 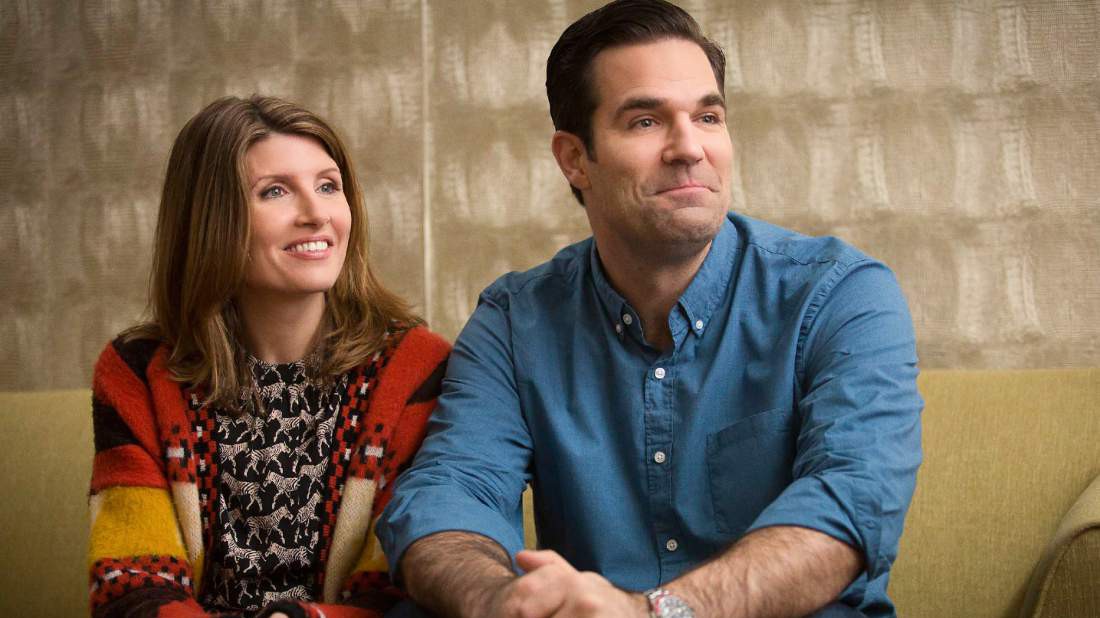 It’s easy to take a look at the joyless, unfunny sludge that clogs up the broadcast networks and declare that comedy is hard. But I don’t think that’s accurate. Jokes flourish on each corner of the television grid in 2015 and arrive in every possible style: high and low, surreal and Smarf. In fact, there’s never been an easier time simply to make comedy, be it in 15-minute blasts on Adult Swim or big, ropy knots on IFC. The trick to making it worthwhile, however, is specificity. Humor, even of the bathroom variety, has to be rooted in something real and experienced: a bad date, a worse breakup, a football in the groin. All great comedy is observational. And that, more than a punch line or pratfall, is what’s truly difficult to capture.

This is especially true when it comes to the rom-com, long mainstream comedy’s most maligned and mishandled subgenre. After all, the template is so established, its rhythms so utterly familiar — meet cute in Act 1, fight cute in Act 2, marry cute in Act 3 — that it’s tempting to look at a romantic comedy like a Mad Lib with slightly higher production values: Plug in some actors, shrug about some details (he’s an architect? They live in Chicago? Pies?) and let the swooning take care of itself. That’s certainly what Hollywood tried last fall, when both NBC and ABC attempted to hoodwink audiences with a passel of anodyne romantic comedies that were strikingly devoid of both romance and comedy. As it turns out, attractive young people putting their well-pedicured feet in their mouths isn’t a recipe for anything other than trouble. A to Z and Manhattan Love Story didn’t die because they weren’t funny (though they weren’t). They died because there wasn’t an honest bone in their market-researched bodies. As Sally Albright could tell you, faking it is sometimes OK. But context is everything.

Catastrophe, a series from the U.K.’s Channel 4 now streaming in its entirety on Amazon Prime, is nothing if not honest. It is side-splittingly honest: About love, anger, attraction, aging, pregnancy, and “sex musk.” It is also, not coincidentally, the finest and funniest new comedy of the year. Just six episodes in total (that’s a brisk three-hour binge, for those planning an evening in) Catastrophe is almost absurdly enjoyable. It satisfies all of the most basic rom-com pleasure centers — attractive people, sexual and social high jinks — and then keeps hitting them. Nearly every story line spills over into all sorts of unexpected, often uncomfortable truths. Don’t get me wrong: Catastrophe is a show that firmly believes in laughter as the best medicine. It’s just that, unlike the majority of our watery, domestic sitcoms, Catastrophe understands that medicine is something you need most when you’re sick.

Catastrophe was created and written by its two stars, the American comedian Rob Delaney and the Irish supernova Sharon Horgan. (According to interviews, they became fans of each other online, and then decided to collaborate.) Delaney is Rob, a teetotaler Boston ad man who, on a business trip to London, meets and accidentally impregnates Sharon, a fun-loving elementary schoolteacher. Rob then crosses the Atlantic once again, both as an attempt to do the proverbial right thing but also to actually get to know the real person behind the contact he’s helpfully listed in his iPhone as “Sharon London Sex.”

It is, in other words, superficially very similar to Knocked Up, Judd Apatow’s critically and commercially successful ode to man-children becoming man-men. The key thing to remember about Catastrophe is that it is made for, by, and about adults. From the beginning, Rob and Sharon are under no illusions about their predicament. They are relatively good and nice people trying to stay that way under an avalanche of insanity. Some of that craziness is easily swatted away with humor. Though they’ve barely spent any time together standing upright, Rob and Sharon share a merrily wicked sensibility, shuttlecocking barbed compliments and filthy observations with blistering speed. But the backbone of Catastrophe is the way not everything Rob and Sharon face can be easily laughed out of the room. Pregnancies at Sharon’s age are labeled “geriatric,” and her blood work suggests “pre-cancer,” an Orwellian turn of phrase that is far more common than most mass media would suggest. Watching the two grasp for sanity — or, in Sharon’s case, a final cigarette or three — is often as moving as it is hilarious. Rom-coms traditionally hinge on a sort of magical happenstance called fate. Catastrophe swats away the fairy dust and focuses on the wonderful/horrible chaos that’s churning underneath.

Delaney, best known for his salty, confessional tweets, reveals himself to be a remarkably warm and capable performer. Fake-Rob has to be plausible as a carefree Lothario (pre-Sharon) and as an attentive father-to-be (post-Sharon) — not the easiest divide to play, even for an accomplished actor. Delaney never allows Rob’s easygoing nature to slide into entitlement. Instead, he conveys the sense that Rob’s equilibrium is something that was fought for, not assumed. (An anecdote about soiling himself at his sister’s wedding appears to be a stand-in for all the truly scary drunk stuff detailed in Delaney’s real-life memoir.) Constantly putting her thumb on his scales is Horgan, who is just an electrically present actor. (Hardcore Britcom fans may know her from Pulling, a very funny series now streaming on Hulu. Americans will soon know her better as the creator and writer of Divorce, an upcoming Sarah Jessica Parker comedy for HBO.) It’s not just that she’s capable of creating a tactile intimacy with Delaney, a guy she met through DMs before convincing him to move his family across eight time zones to make a show. Horgan, with her wide smile and raised eyebrows, is able to conjure up a genuine coziness with everyone and everything around her, from guest stars and day players to the glass of wine she eyes thirstily throughout her third trimester. On Catastrophe, she’s the iceberg and the lifeboat.

With its sly and affectionate deconstruction of familiar rom-com tropes, Catastrophe reminded me a lot of the best sitcom of 2014, FX’s You’re the Worst. And, like that show, Catastrophe’s only obvious flaws exist in the occasionally wide gulf between the plausibility of the leads and the comic extremes of the supporting cast. Ashley Jensen, late of Extras, plays Fran, a narcissistic homeopath who is, despite all evidence, one of Sharon’s best friends. And Daniel Lapaine is exhausting as Dave, a fratty hedonist who, at the start, is Rob’s only pal in England. But here’s the thing about great sitcoms: They ease into themselves over time. By Catastrophe’s fifth episode, in which Sharon and Rob are treated to disastrous girls’ and guys’ nights out, the sight of the larger ensemble — which also features Mark Bonnar as Fran’s wonderfully stone-faced husband, Chris, and Jonathan Forbes as Sharon’s sarcastic brother, Fergal — was a welcome one: A half-dozen square pegs rolling around in the same existential hole.

Catastrophe, which I’m happy to say has been renewed for another season, doesn’t try to replicate the real world. Rather, it remains studiously devoted to sketching out the bizarre nooks and scary crannies of its own. It’s funny because it’s true.