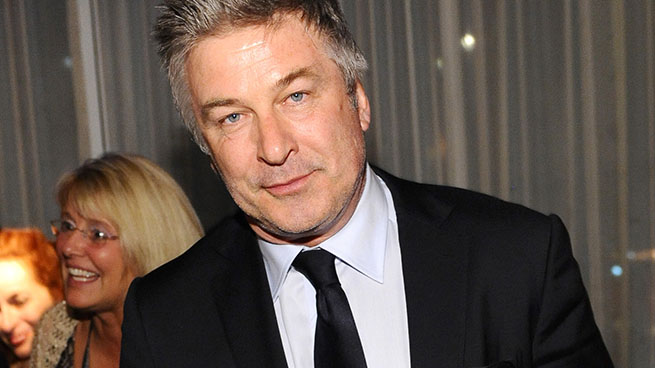 Alec Baldwin, the isle of Manhattan’s last active volcano, had his latest skirmish with local law enforcement on Tuesday. Out on his bicycle with his favorite shorts and visor, Baldwin was discovered riding the wrong way down Fifth Avenue, which is not a maverick move — New Yorkers commit this faux pas roughly every single time they travel by bike. They also treat stoplights as suggestions and occasionally coast on the sidewalk for a second. None of it’s generally a big deal.

But, says In Touch, Baldwin was stopped. “When the officers asked for ID, he got belligerent because he had none on him,” a source tells the mag. “The officers placed him under arrest for disorderly conduct.” One witness says Baldwin was “calm and quiet,” but that might’ve been some time after another witness saw Baldwin going “ballistic on the cops, screaming at them.” A police source also tells the New York Daily News that Baldwin “became belligerent, yelling and screaming at the officers, ‘I don’t have ID. Just give me the fucking summonses.'” That News report goes on to say Baldwin “growled,” “How old are these officers? They don’t even know who I am.” That’s what we call going full Witherspoon, and it’s always the wrong choice.

The word is that Baldwin received a summons for riding the wrong way and a bonus summons for disorderly conduct. That said, Baldwin’s rep says, “He was not arrested or charged with a crime. He has been released.” Er … “not arrested,” but also “released”? Especially confusing to ponder while looking at In Touch’s clear photo of Baldwin in cuffs. Optical illusions exist, though.

Over on the official Twitter account of his arts foundation, Baldwin has decried his entire town. “New York City is a mismanaged carnival of stupidity that is desperate for revenue and anxious to criminalize behavior once thought benign,” he wrote. Just before that, Baldwin shared the name and badge number of the officer his rep says didn’t arrest him, saying she did in fact arrest him. “Meanwhile, photographers outside my home ONCE AGAIN terrified my daughter and nearly hit her with a camera. The police did nothing,” he wrote. Commence countdown to the next long magazine piece detailing Baldwin’s impending departure from public life/planet Earth, as authored by the frothing maw itself.

First Look: A Semi-Exhaustive Analysis of the New 'Batman vs. Superman' Bat-Suit and Batmobile