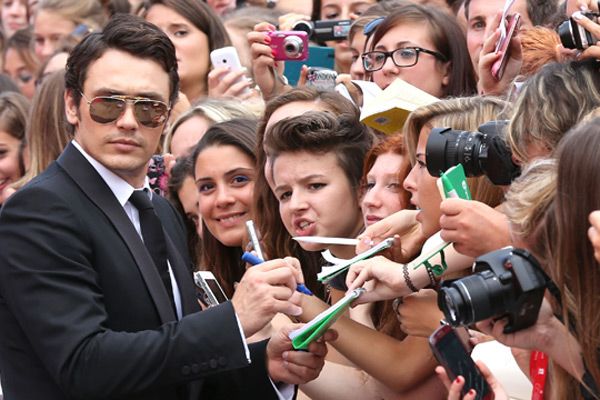 Once upon a time in 1992, a young James Franco egged a house. That’s just how young poets roll. The home belonged to the parents of the founder of the Bureau of Trade, a “curated digital marketplace” that now features a pinboard of sorts devoted to young Franco, with his apology letter as its centerpiece. The note is listed as “priceless,” perhaps because “the egg doesn’t come out easily,” but you can dress like a Palo Alto teenager while you read a fancy copy of Dennis the Menace for around $300.