About that Whitewashed Akira Remake… 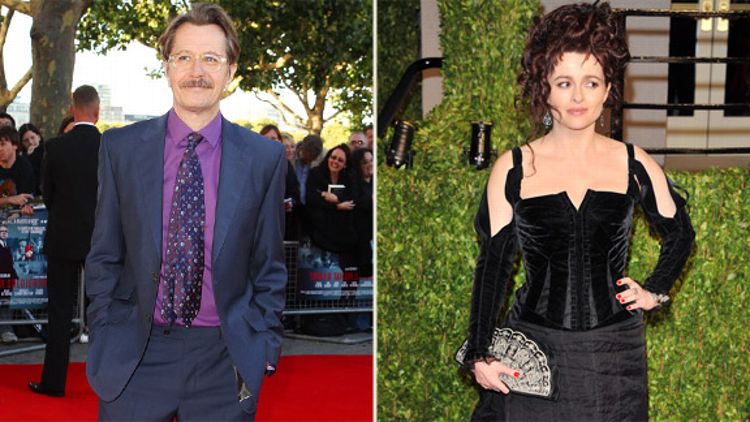 “Akira epic fail — all actors up for Kaneda & Tetsuo are white?” — George Takei on Twitter

The American remake of science-fiction cyberpunk animated classic Akira is a big expensive project that’s been kicking around since the early nineties. And word came out this week that the first two roles have offered — to Gary Oldman and Helena Bonham-Carter. Huh? Other names that have been suggested for starring roles: Garrett Hedlund, Robert Pattinson, Chris Pine, and Justin fucking Timberlake. I am lost. Is this Neo-Tokyo or Neo-Salt Lake City?

Akira is the kind of project that doesn’t need big names attached to it because Akira is a big name, a hugely popular cult film with legions of fans. Keanu Reeves (who with Chinese and Hawaiian ancestry is the biggest A-List Asian star by default) already turned it down. So why would you not consider any Asian actors for a remake of one of the biggest animes of all time? Even if the film is going to be set (as rumored) in Neo-New York, it’s still such a great opportunity to cast unknowns and turn them into icons. And I just know they’re gonna BLOW IT.

We’ve seen more Asian actors in ensemble casts lately (like South Korean superstar Lee Byung-hun in G.I. Joe) and as comic relief (Ken Jeong may mostly play laughingstocks, but he is also laughing straight to the bank with it), but progress is slowest where it matters most. Despite big strides, when it comes to starring roles, to superheroes and romantic leads, Hollywood remains as whitewashed as ever. In other words, the film industry still isn’t willing to bet on a non-white leading man that isn’t Will Smith. Vague talk about “overseas ticket sales” is racism veiled with capitalism, but somehow they trust that a generic caucasian slab of beef like Garrett Hedlund will bring in audiences.

Tokenism is sometimes extended to actresses of color, who are tapped to play “the girl” in a movie (the fact that there is often only one woman in a given movie being a whole other closely related issue). After the success of Slumdog Millionaire, Freida Pinto was cast as “the girl” in Rise Of The Planet Of The Apes. Her boyfriend and Slumdog co-star Dev Patel complained that his own breakthrough didn’t lead casting directors to look beyond stereotypes, that the parts he does gets called in for tend to be “the terrorist, the taxi driver, the smart geek or any guy named Raj.” And are we really supposed to be that excited about another Asian Bond Girl or can we still be disappointed that in 2011 the juiciest roles for women in summer blockbusters are still as Bond Girls?

The globalization of cinema has brought us The Departed (Scorsese’s remake of Hong-Kong thriller Infernal Affairs) and this year’s Chinese remake of What Women Want. The increasing filmic cross-pollination wrought by crossing the streams should make movies more interesting and diverse instead of more samey and bland (“samey and bland” also a pretty good description of Garrett Hedlund) A live-action version of Akira has the potential to be a worldwide phenomenon. Now they just need to stop believing that the universal protagonist is a tall white straight male.

Ten Actors Who Should Test For Roles In Akira: