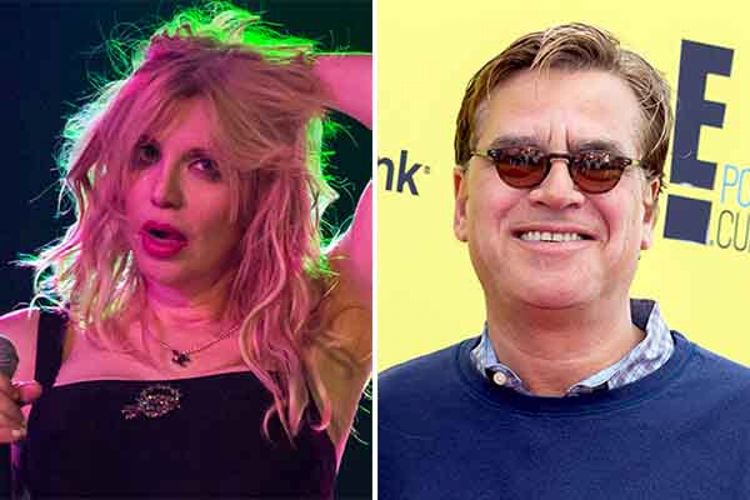 The New York Post has it on good, secretive, exclusive, unnamed source–y authority that Aaron Sorkin and Courtney Love “have been seeing each other for a few months while she’s been staying in Los Angeles at the Chateau Marmont.” Oh, dear. What’s going on there, do you wonder, in, like, the attraction department? “He is intrigued by Courtney’s wit, while she says Aaron is a great influence on her,” the Post’s source GUSHES. “Some people might think they are an odd couple, but she likens them to Marilyn Monroe and Arthur Miller.” Sorkin’s rep says they aren’t dating, but that’s not so much what matters. What’s important here is how this makes its way into The Newsroom.

Game of Thrones Season 4 has a new trailer coming this Sunday night. Till then, HBO’s riling us up with five Vine teasers. Here’s one.

Catching Fire made it to $409.4 million on Thursday, passing Iron Man 3 for the highest domestic gross for a film released in 2013. Globally, of course, Tony Stark’s $1.21 billion is way out in front of Katniss’s $832.8 million.

Leonardo DiCaprio and Q-Tip are friends. Leo and Jonah Hill are now friends. So they’re all making a TV drama based on Tip’s life.

Chewbacca actor Peter Mayhew has been sharing tons of old behind-the-scenes Star Wars photos. He had a big crush on Carrie Fisher.

Leslie Mann broke down saying good-bye to Leno, but she also called him out on his predilection for denim tuxes.

Woody Allen’s new one is called Magic in the Moonlight. Starring Emma Stone and Colin Firth, it’s set in the 1920s on the French Riviera, “against the backdrop of the Côte d’Azur, jazz joints and fashionable spots for the wealthy of the Jazz Age.” Someone’s going to build a “Generate The Next Woody Allen Title/Plot/Cast” site and it’s going to work flawlessly.

Busta Rhymes and Azealia Banks dropped verses on Beyoncé’s “Partition.” (Also, reviews for Azealia’s Broke With Expensive Taste are appearing out in the world, so maybe the album will soon as well?)

Johnny Knoxville wants a Makeup and Hairstyling Oscar nom for Jackass Presents: Bad Grandpa. “Not only do I think our movie deserves to be in the mix in the category, but it deserves to win,” he tells the L.A. Times. “The makeup on this film was held to standards that other movies aren’t, because it not only had to look good on-screen but it also had to look good up close and personal. We’re pranking people for real. If they don’t believe I’m an 86-year-old man, there’s no movie.”

And speaking of North Korea (Rodman Week, anyone?), these rappers called Peso and Pacman snuck in to make a music video.