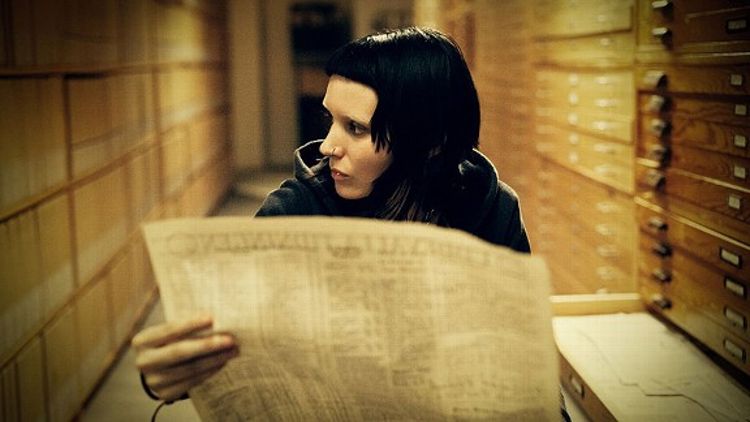 Earlier this month, in an interview with the New York Times on the occasion of The Girl With the Dragon Tattoo — in theaters right now — David Fincher had this to say: “I don’t need another serial-killer movie. But I liked the chance to make a franchise movie for adults.”

For the non-Fincher-phile (ha, just came up with that, kind of works?), Dragon Tattoo is our dude’s third serial-killer movie, after Se7en and Zodiac. And it was the latter that I had in mind for large chunks of Dragon Tattoo. For all of this movie’s charms — including, but not limited to, Rooney Mara’s badass performance; Daniel Craig’s “enviable knitwear”; Daniel Craig’s revolutionary eyeglass-wearing-technique; and at least two funny-on-purpose sex scenes — there was one thing bothering me. As the central serial-killer mystery unfolds, I couldn’t help but think: Didn’t Fincher already do this in Zodiac?

“The movie zips ahead, in short, spiky scenes punctuated by skillfully edited montages of digitized photographs and newspaper articles. David Fincher … moves at a much faster pace than he did in “Zodiac,” his 2007 movie about a murder investigation. In “Zodiac,” every time a piece of evidence trembles into view, it quickly recedes again.”

“There are waves of brilliantly orchestrated anxiety and confusion but also long stretches of drab, hackneyed exposition that flatten the atmosphere. We might be watching “Cold Case” or “Criminal Minds,” but with better sound design and more expressive visual techniques. Hold your breath, it’s a time for a high-speed Internet search!”

So, yeah, Scott doesn’t actually make the connection to Zodiac. But that’s what immediately came to mind when I read that paragraph. I totally loved Zodiac, but you did sometimes have to ask yourself: Is this not just an extremely elevated procedural? Making things more interesting was the fact that (FOUR-YEAR-OLD-MOVIE/HISTORICAL-RECORD SPOILER ALERT) the Zodiac Killer is never conclusively revealed. A two-hour-40-minute movie jammed full of minute details that don’t actually resolve themselves?! That Fincher’s got some balls!

On the other hand, Dragon Tattoo (LEGITIMATE SPOILER ALERT!) delivers its man. Denby sees this as a good thing: “[Zodiac] is an expression of philosophical despair: the truth can never be known. ‘Dragon Tattoo’ says the opposite: it celebrates deduction, high-end detective work — what Edgar Allan Poe called “ratiocination.” Or what Law & Order: SVU writers call “writing the ending to the fucking script.” That’s basically what stuck in my craw. In Zodiac, Fincher masterfully lays out the multiple investigations, then doesn’t deliver the satisfaction of the big reveal. In Dragon Tattoo, he’s just as masterful with the rollout of the clues, only he’s doing it in service of a more conventional story.

Ultimately, it’s about the choice of the source material. It’s not like I believe that anyone else could have adapted The Girl With the Dragon Tattoo better. Really, it’s great: terrifying and really pretty, and also did I mention knitwear? And I realize that whatever I’m chalking up to Fincher repeating himself can just as easily be described as Fincher utilizing his trademark style. But I guess I feel like Fincher said it himself: “I don’t need another serial-killer movie.”

Filed Under: David Fincher, Grantland Studios, Movies, The Girl With The Dragon Tattoo