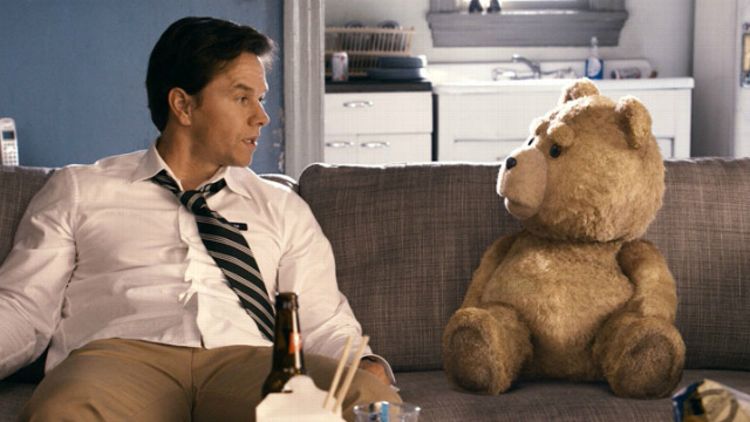 Seth MacFarlane doesn’t need your money, and he doesn’t need your respect. After nearly a decade of benevolent dictatorship over the Family Guy empire — TBS syndication residuals and belching Peter Griffin plush dolls as far as the eye can see! — MacFarlane has succeeded to the point where his children’s children’s children will be able to skip lines at douchey clubs. There is a vocal, highly influential minority, however, that shuns MacFarlane, his particular brand of aggressive humor, and all his minions like he was 2005 Dane Cook. And where that minority now comes into play is that, this week, MacFarlane steps out of his sheltered role as the reigning don of animation and into the dicier territory of the multiplex.

His directorial debut, Ted, is a whimsical tale of an Apatovian man-boy from Boston and his fun-loving, sentient-teddy-bear best pal as they’re forced to grow up. It’s also the first time since the early days of Family Guy, when that show had yet to be marked by your general-purpose comedy-nerd crowd as “evil” and then subsequently ignored, that MacFarlane will be subject to criticism from people that aren’t already in his back pocket.

I happen to have quite a few fond college-era (possibly bong-hit influenced?) Family Guy memories, but tuned out for good years ago, and when I’ve checked back in since the show has felt awkward, repetitive, dull, and crude. But that’s why I’m now talking to you, Seth MacFarlane deniers, both of the lapsed-fan variety and otherwise: Give Ted a chance. You might actually like it. Here’s a couple of [trying not to be but still at least a little bit SPOILER-Y] reasons why.

It’s not Family Guy: The Movie

There are no outward signs that Universal ever asked MacFarlane to tone down the Family Guy-isms for Ted. The movie is co-written by two Family Guy writers, Alec Sulkin and Wellesley Wild. The tagline on its posters reads “The First Motion Picture From the Creator of Family Guy.” And its central concept, the talking thing that shouldn’t be talking, is basically borrowed from Family Guy’s Bryan, the erudite pet dog. Presumably, then, MacFarlane toned down the Family Guy-isms for Ted on his own volition.

OK, so: The whole foulmouthed teddy bear feels pretty on-the-nose for MacFarlane, right? You could imagine it having popped out of a Family Guy writers’ room bullshit session — “and then the teddy bear grabs her tit!” But MacFarlane, Sulkin, and Wild don’t use Ted as a blunt platform for lazy jokes. They carry their concept out to its logical extremes. Ted is born because young John (Mark Wahlberg’s character), a lonely fifth-grader, wishes him to life. Boom, magic, whatever, it happens — and then, briefly, Ted’s a media star, showing up on national news coverage and making late-night talk show appearances. And, eventually, as is wont to happen, his star fades, and although there are still fans who occasionally accost him on the street for a photo, he ends up a regular, broke dude.

OK, so MacFarlane/Sulkin/Wild don’t go all the way with it; if a teddy bear gained consciousness in real life, people would probably be praying to it. But (a) come on, we have to get to the fart jokes sometime, and (b) that isn’t the movie MacFarlane wanted to make. This movie’s about childhood friendship and adult responsibility, and goddamn if I didn’t buy the central, fraught connection between the dude and the teddy bear. Maybe it’s the reality of writing a tight 106-minute movie instead of a loose 22-minute episode, or maybe MacFarlane consciously wanted to try something different. Either way, this one’s, um, got, like, some emotional stakes, or whatever.

The Shtick Is Tighter

The end result, a lot of the time, is a more purposeful version of MacFarlane’s regular shtick. Pop culture references litter Family Guy to the point of inanity. In Ted, instead, it’s one dominant recurring reference, to the 1980 movie version of Flash Gordon starring Sam Jones, and John and Ted’s lifelong obsession with it is an obvious, effective demonstration of their bond. Elsewhere, the movie picks its spots with the references. At one point Ted convinces John to skip work in order to watch the behind-the-scenes commentary on the Cheers DVD box set because the guy who sold it to him told him all the cast members talk shit about each other. Then Ted Danson actually shows up onscreen to inform us that Woody Harrelson has a small weenie and it’s, bravo.

In several places, MacFarlane brings out a Family Guy trick, only sharpened up for the big screen. One Family Guy staple is to keep repeating the same bit, to preposterous lengths, so that it, at least theoretically, goes on long enough to be funny. Here’s Peter Griffin, wincing forever:

MacFarlane busts out the same convention in Ted, when Wahlberg’s character displays a virtuoso-level knowledge of white-trash names.

Some of you may recall Peter fighting a chicken for minutes on end?

In Ted, John and the bear square off for an endless, preposterous fistfight, too. Only, again, there’s, you know, emotions involved, and stuff: Ted and John’s frayed friendship reaching a near breaking point, but never quite snapping. It’s funny and heartwarming! If you’ve seen enough Family Guy for it to at least have left a bad taste in your mouth, you run into this kind of thing repeatedly in Ted: a recognizable bit, in more effective form.

The Raunch Is Earned

Then there’s the R-rated factor. When things get explicit on Family Guy, it can feel like a bored, smart-ass freshman blurting out inappropriate stuff during math class that barely has any context. With Ted, MacFarlane rolls out all manners of jokes about weed, coke, sex (sometimes with parsnips or other vegetables), strippers, poop, and strippers’ poop, but gets to both carry them out visually and pepper them with the necessary salty language. It’s not cheeky so much as straight-up intensely weird. I don’t want to give too much away, but I will say that there is one simulated sex act, involving the use of multiple bottles of hand lotion, that may just be my favorite simulated sex act ever committed to screen.

Buyer beware: There’s stuff in Ted that’ll absolutely fulfill your stereotype of Mr. MacFarlane. Some of the pushy race jokes totally work. Others — like one violent Asian neighbor/caricature, chasing after a duck named James Franco — are avert-your-eyes terrible. Oh, and while we’re nitpicking: After The Town did it, there should have been an eternal moratorium on any other Boston movies setting their climax at Fenway Park. You realize this is embarrassing for the people of Boston, yes? For chrissakes, there is other stuff that people care about in that city, and that therefore works as a capsule representation of those people, besides the Red Sox. Maybe the next Boston flick can at least have its characters climb the Citgo sign across the street from Fenway?

Lana Del Rey Loves A$AP Rocky, and He Loves Her Back